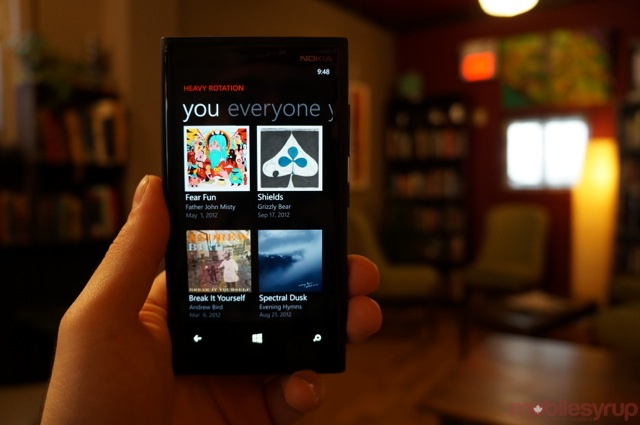 Rdio has been fairly consistently updated on Windows Phone throughout the years, and the app was largely at feature parity with its iOS and Android counterparts until recently.

But the popular streaming music fell behind as Windows Phone 8 came along and Rdio showed no signs of updating the app. The company issued an update on Boxing Day to correct some streaming issues users had been experiencing, and added WP8-specific functionality, including lock screen support for the currently playing song or album.

There are also some improvements to the Metro interface (their words, not mine) and a few more bug fixes. You can pin an album to your start screen if you’d like, but the best feature for the Rdio lover will be the double-wide main tile that shows the currently playing artist and song.

Rdio doesn’t have much competition in the Windows Phone space. Xbox Music is good, but it is limited to a couple platforms; an Rdio account makes accessing your music easy from anywhere, on any OS.