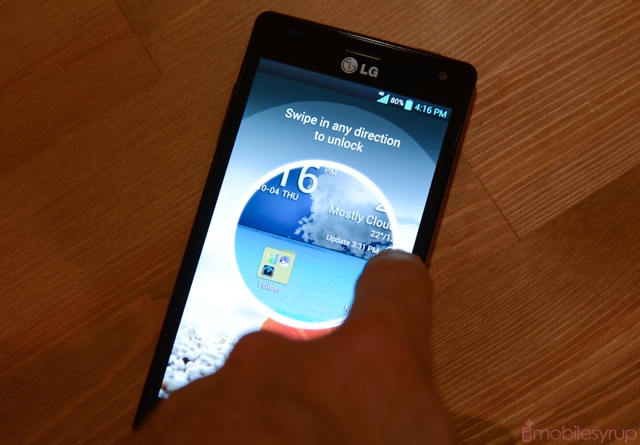 As we reported yesterday, Wind Mobile has officially let the LG Optimus 4X loose on their network. This is their first Android-powered device that comes with a quad-core processor. The prices range from $199 on the WINDtab and range upward to $549 outright.

The Optimus 4X runs Android OS 4.0.3 Ice Cream Sandwich and will most likely see an upgrade to Jelly Bean. LG previously let us know that they are working on bringing faster upgrades to their Android devices. In addition, the 4X has a 1.5Ghz quad-core processor, 4.7-inch True IPS HD display that has a resolution of 720×1280, 1GB RAM with 16GB internal storage, 2100mAh battery, 8MP camera that shoots 1080p HD videos. In addition the device is NFC-enabled and you’ll score 3 NFC tags (called LG Tag) inside the box.