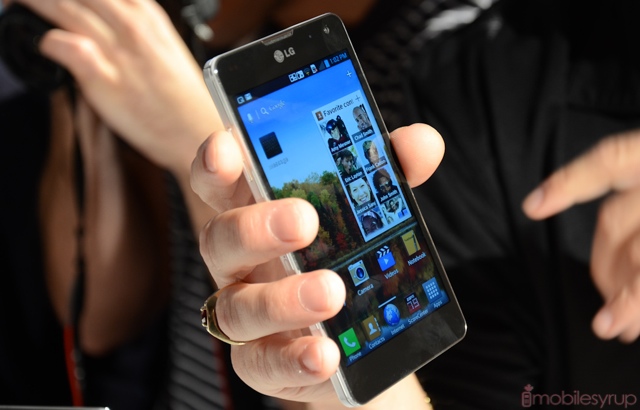 LG’s Optimus G hasn’t even hit the stores yet in Canada, but LG is promising a quick turnaround for that highly-coveted Jelly Bean update.

The company issued a press release stating that certain models, such as the Optimus LTE 2, would begin next month, while the Optimus G will start in December. This doesn’t mean, of course, that Canada will be a part of that first round — lots of things go into an update like this, one of which is carrier testing and approval — but it does give us hope that we’ll see Jelly Bean on the Optimus G sooner than later.

LG’s flagship device should arrive sometime in November, and Rogers just stated that it will be $129.99 on a 3-year term.