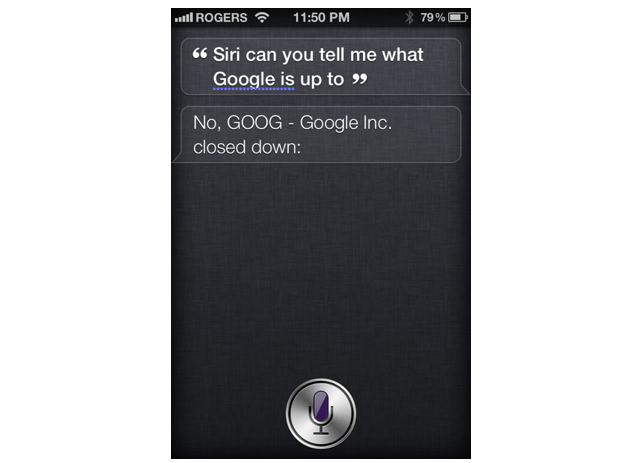 It’s not surprising that Google would want to augment Android’s existing voice-to-text capabilities with something a little more, well, Siri-like. We have word that Google is secretly developing a Siri competitor under the codename Majel, an homage to Majel Barrett-Roddenberry, wife to Star Trek creator Gene and gentle voice of the Enterprise’s computer system in the original series.

While we don’t know what the project will entail — it could merely be a copycat service, but we doubt it — there is reason to trust in its accuracy and long-term success. Google has already invested heavily in its Translate service, which supports both voice and text. It has released Google Goggles for picture- and text-interpretation, and is always on the cutting edge of search algorithm development.

Google dramatically improved its voice-to-text implementation in Ice Cream Sandwich; it is not only more accurate, but unbelievably fast. It also does not require an internet connection, something that has the potential to stymie Siri users when out of service range.

There is no doubt that Siri represents much of what the next five to ten years of computing will entail: thought-based computing. While it may currently sound silly to ask Siri a question out loud, the user interface paradigm whereby we communicate with a computer and it semantically replies to us will evolve and perhaps soon eliminate the need for speech altogether. It may be a crazy notion today, but who would have predicted the physical implementation of Siri in a smartphone ten, or even five years ago?