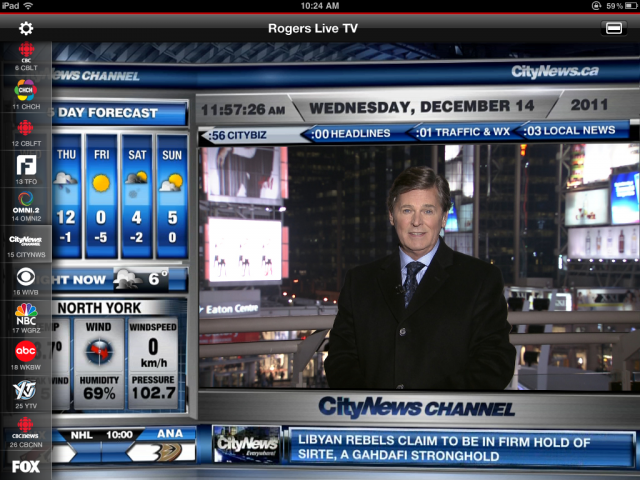 Rogers has released a new app called Rogers Live TV – it’s in beta form for the iPad and an Android version will be “coming soon”. In addition, the app is only currently available for “Rogers digital television customers in Ontario who subscribe to Rogers Hi-Speed Internet with a MyRogers account”. So very beta, very limited, but very cool. However, for the chosen ones you’ll be able to stream over 20 channels of live TV to your iPad (via Wi-Fi). Rogers states that this will give you the “freedom to watch shows from anywhere in the home, including places like the kitchen, bedroom and office, offering a seamless entertainment experience.”