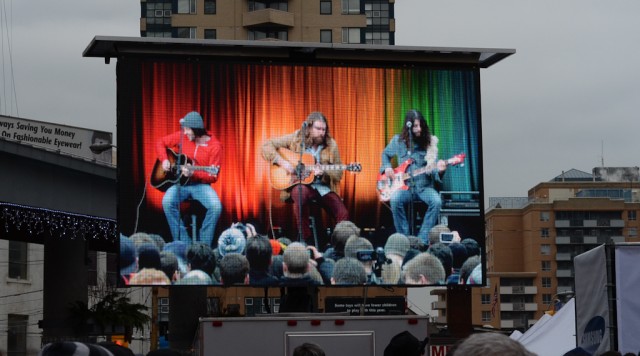 I joined a couple hundred fans on a windy, grey near-Winter day at the venerable Yonge & Dundas Square in Toronto to see The Sheepdogs perform a brief set in honour of the Galaxy Nexus launch. The event was a co-production by Samsung, Bell and Virgin, with many Bell and Samsung executives on hand to see the popular new band do their thing.

While the device doesn’t officially come out until tomorrow, select Toronto stores, including the flagship inside the Eaton Centre, began selling the device at 1PM today. We checked out the store after the concert and saw a bunch of people looking at the device, with salespeople enthusiastically showing off its beautiful screen and brand new operating system.

Check out some more photos after the break. 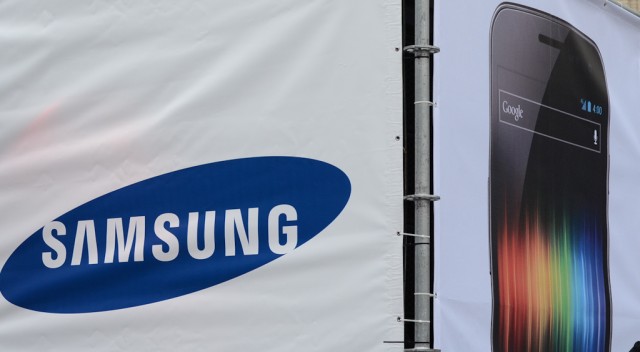 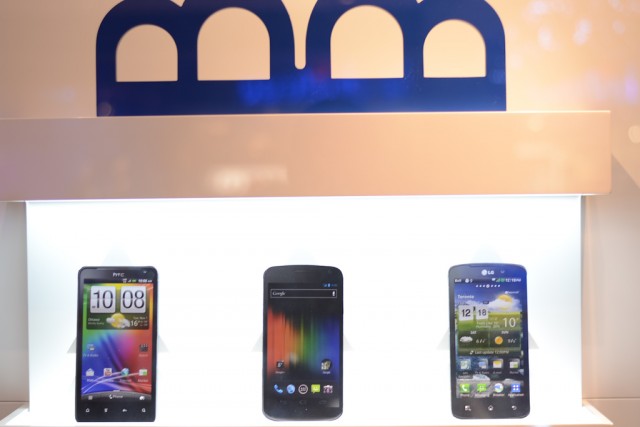 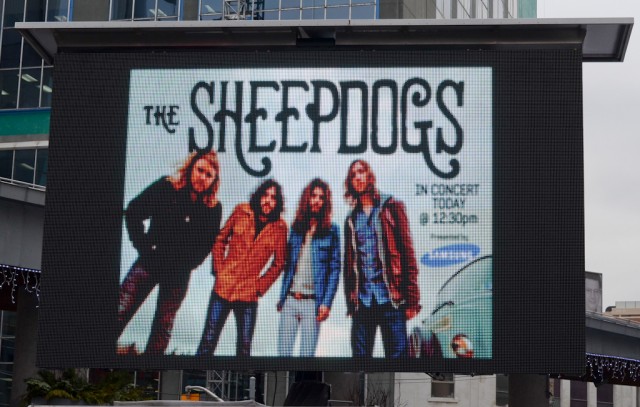