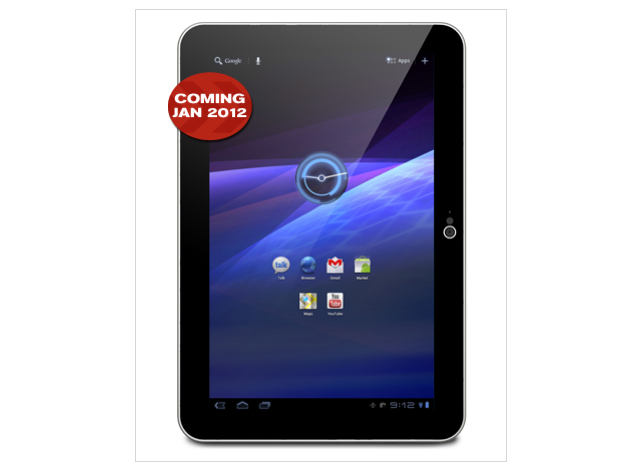 Toshiba Canada will be releasing a follow-up to the Thrive Android tablet soon. The Toshiba Excite will be coming to Canadian soil in a couple months, on their website it states “Coming January 2012”, but we’ve confirmed it’ll actually be released in February. No word yet on price points, but specs have the Excite powered by OS 3.2 Honeycomb, 10.1-inch display, a 1.2GHz CPU, 16GB and 32GB versions, 7.7mm thin, Wi-Fi, 2MP front facing camera and a 5MP rear facing camera.