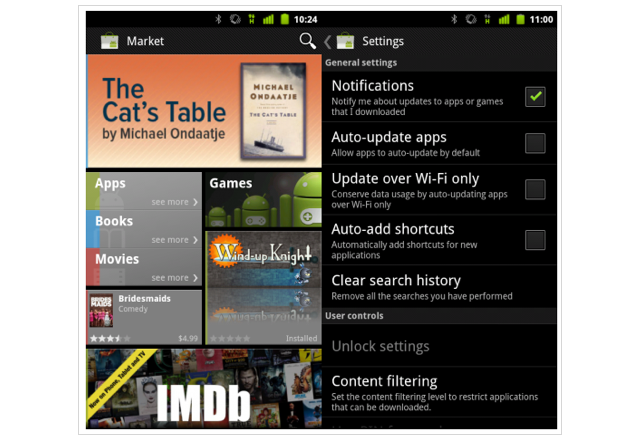 The Android Marketplace is an interesting beast. It has received two major visual facelifts in the last year, with its latest one invoking a steady stream of outrage. Not only did it eschew the “My Apps” icon, sequestering it to the context menu, but added much more information to a single page. This was meant to accommodate the addition of Books and Movies to the store, in addition to making it easier to find top apps in many different categories.

Google is rolling out another update tonight to version 3.3.11 — which will take a few weeks to iterate to the millions of Android users — and this one is much more subtle. The aesthetic remains the same, but we’ve noticed quite a few usability improvements. First and foremost it is now possible to auto-update all your apps by default. While this may be a security concern for some, if you trust the developers from whom you have already downloaded an app, there is no reason not to turn on this setting. You can also auto-add a shortcut to your homescreen after installation. 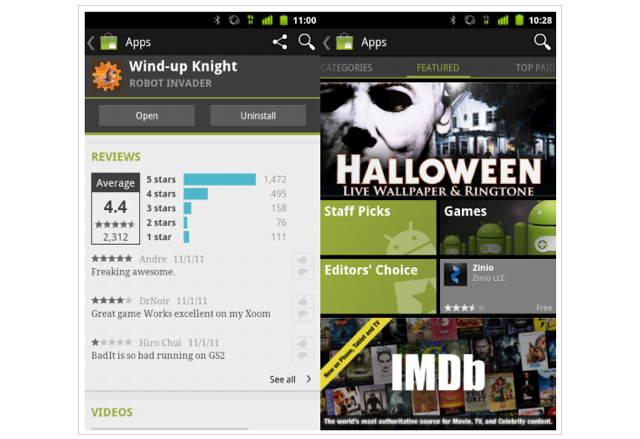 It is now also possible to enforce app downloads to happen only over a WiFi connection, saving those extra few megabytes (something that will come in handy when Ice Cream Sandwich’s Data Manager rolls out). The interface has received a couple nips and tucks: the font is smaller and sharper, while ratings have received a nice little box with an overall score.

We also noticed that reliability of downloads has increased dramatically; previously downloads would often fail or not even start, for no discernible reason. So far we’ve updated dozens of apps without issue with this new version.

While the download will roll out slowly over the coming weeks, if you’re feeling lucky Android Police has a mirror for your pleasure.