Here at Mobile Syrup, we pride ourselves on a lot of things, but being gaming afficionados is not one of them. For every thousand hours of writing, The Walking Dead and cups of coffee (yes, we drink a cup an hour) there are about ten minutes of gaming time. Who has time for such rich indulgences? Well, if the high quality of Wind-up Knight is any indication, it would behoove us to make time for such indulgences.

The game, created by Robot Invader of Replica Island fame, has been a long time in the making. At its core, it’s a simple perpetual motion platformer a la Canabalt or Ran! which takes a character, in this case our titular knight, and puts him forth against menacing spikes, bottomless pits and fierce boxing roosters. The aesthetic is unabashedly tongue-in-cheek, but there is a seriousness to the game design that we loved. Levels are rendered in 3D but for simplicity sake we control our knight on a side-long 2D plane. The camera does move, giving you a sense of the vivacious environments and lovely artwork, but it never gets in your way.

Wind-up Knight is available for free, but the developers have incorporated a very interesting, and potentially controversial, payment system. There are four books, in total, each of which contain 13 levels. At the start, only the first book is available; the others can be purchased for $1.99 each (though after the third level of the first book a one-time offer pops up to unlock the remaining books for $3.99). Along the way your knight will need equipment, and that’s where currency come in: by completing levels you earn Notes, which can be used to buy swords, shields, helms or power-ups. If you accrue enough Notes you can even unlock the remaining three books, though you’ll need to be pretty darn talented. 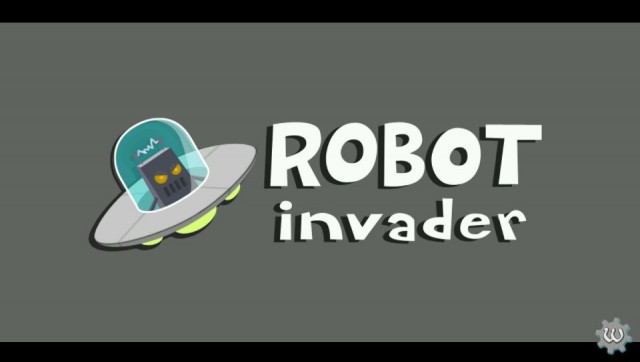 Indeed, the game is incredibly difficult. There is something to be said for having quick fingers, but some of the levels border on ridiculous. There is a certain repetitiveness to the levels, most of which last no more than a couple minutes, but in the later stages you are likely to die many times before completion. Wind-up Knight also harkens back to the SNES days where, when you die, you return to the beginning of the level, all progress lost.

The mechanics are simple: you start off jumping — there is a (too) small icon at the bottom of the screen — and build from there. By the end of the first book you are slashing swords, tumbling under obstacles and shielding yourself from falling barrels, often in succession. The need to be quick is an understatement: at times you need to switch off your mind and just embody your phone. While we at times missed the icons due to their small size, the controls are easy to pick up but extremely difficult to master. 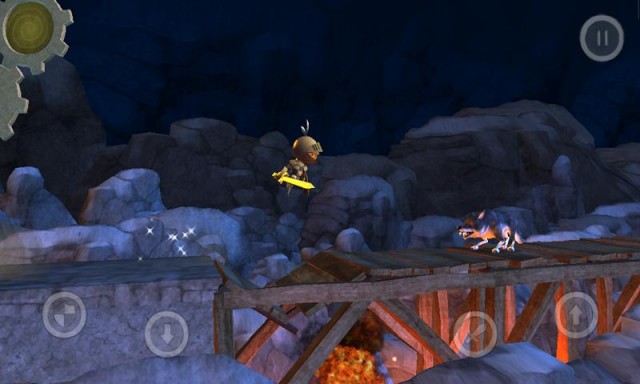 We played Wind-up Knight on our trusty Motorola Atrix (1Ghz dual-core Nvidia Tegra 2) and the brand-new HTC Raider (1.2Ghz dual-core Snapdragon) and both rendered the levels relatively well. In the later levels when barrels were dropping  hot and heavy the frame rate did slow down noticeably, but for the most part it is a wholly smooth and enjoyable experience. In fact, since the game is pretty graphics-intensive we will begin using it as a subjective benchmark for our new Android devices.

Speaking of Android devices, this is currently Android-only, making Wind-up Knight one of the only premier exclusive games for the platform. You can tell that the developers love the OS and while you may not agree with the way the payment system works, or the cutesy art or the Asian-infused soundtrack, there is no arguing the Wind-up Knight is one of the best and most challenging games available for Android.