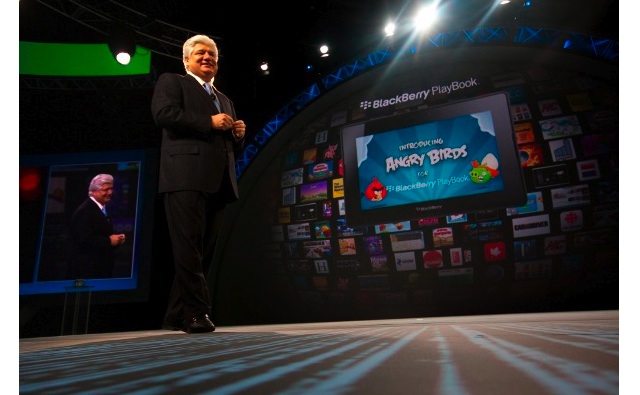 Finally, BlackBerry customers will be able to play Rovio’s Angry Birds. At BlackBerry Word 2011 and on the BlackBerry Twitter account it was announced that “Big news just announced! Angry Birds is coming to the BlackBerry PlayBook!”. The exact availability is still unknown but is expected sometime this Summer (no word on when BlackBerry Smartphones will be able to download the game) . In addition, no price was announced either, probably go for $0.99 if it’s a paid version or it might go the direction of Android by allowing users to download the game for free and have ads pop up.