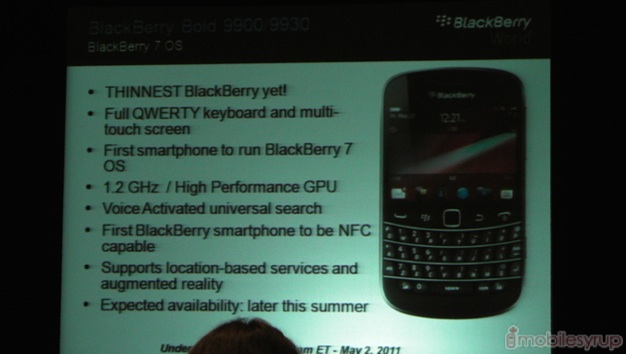 We are live from BlackBerry World 2011 and RIM is set to make a few announcements. First, they have officially announced a new BlackBerry Bold device: the Bold 9900 and the 9930 (the 9900 is the Tri-band HSPA+/GSM and the 9930 is the CDMA). The specs of ERTY smartphone were already leaked online over the past few weeks but here’s a good rundown of what they are:

The Bold Touch is “expected to be available from carriers around the world beginning this Summer”.