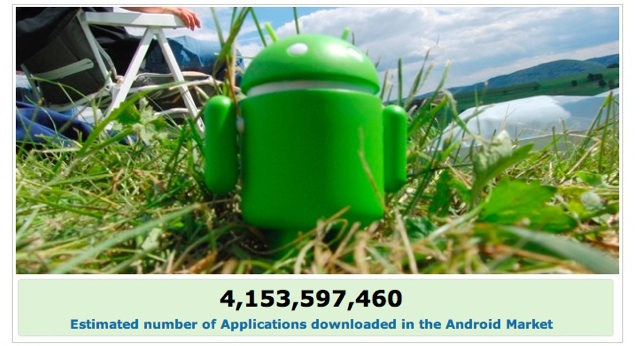 Last December Android Market tracker AndroLib.com showed an “estimated number of Applications downloaded” to be 2.5 billion with 103 downloaded every second. We checked back again mid-March and over 3.7 billion apps downloaded and 125 per second is what was recorded. Now a month later AndroLib shows yet again increased results for Google Android Marketplace. They are reporting that over 4.1 billion apps have been download (at the time of writing this it’s 4,153,597,460) which results in 128 apps every second.