103 Android apps are downloaded every second 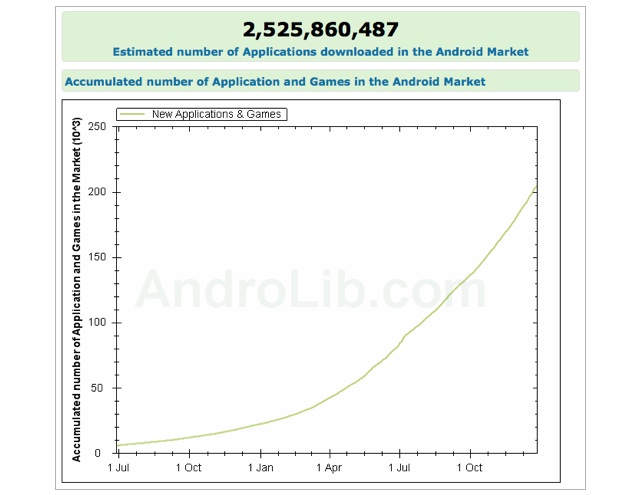 Google’s Android OS is now a dominant player in the mobile space. A recent Gartner Research report stated that they believe Android will come close to being the worldwide mobile OS leader by 2014. However, when it comes to apps, Apple is still king with over 300,000, followed by the Android Market around the 100,000 mark. Then you have the new player Windows Phone 7 and Palm tied with about 5,000 apps each.

Another stat found on Android Market tracker AndroLib.com shows a combined total of applications and games over the 200,000 milestone. But even more interesting is the number of apps that are being downloaded per second. According to AndroidLib there is an astonishing 103 apps being downloaded every second (and have crossed over the 2.5 billion mark). These of course are unconfirmed by Google and is a global number but would be great to see this number broken down by country and even by which apps are being downloaded.

Check it here at AndroidLib