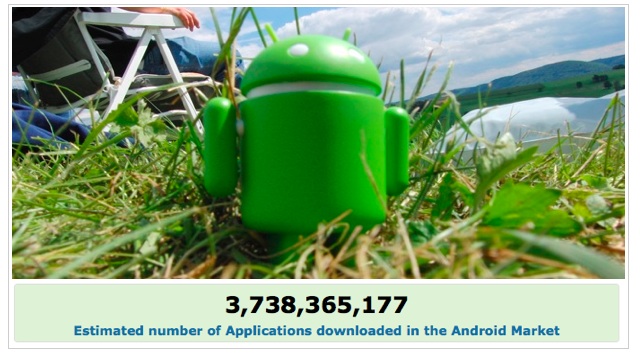 The Android platform is gaining popularity around the world and Google states they now see over 350,000 activations per day. The Android Market is still trailing Apple’s App Store but have declared to have over 150,000 available apps. Checking out Android Market tracker AndroLib.com shows a progression of not only the estimated numbers of apps, but how many are being downloaded per second.

It would be cool if Google confirmed these sort of app stats. AndroLib does state that these are “Estimated number of Applications downloaded in the Android Market”.

Check it out here at AndroLib