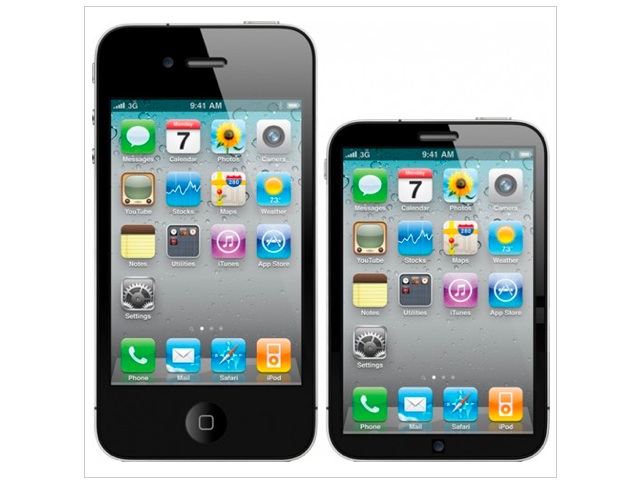 Following up on the “cheaper and smaller” iPhone that Bloomberg reported last week is the Wall Street Journal. They have now reported that one of their sources “saw a prototype of the phone late last year” that is about half the size of the current iPhone 4 and has a code name of “N97”. The WSJ states that “The person who saw the prototype of the new iPhone said the device was significantly lighter than the iPhone 4 and had an edge-to-edge screen that could be manipulated by touch, as well as a virtual keyboard and voice-based navigation.”

A flood of prototype designs have popped up online since the new rumoured display specs and show the Home button being incredibly tiny. Hopefully this one gets leaked online.