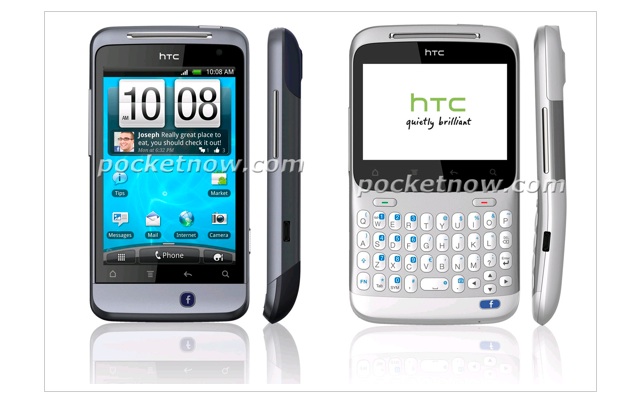 Recently Dan Rose of Facebook denied they are building a “Facebook phone” with HTC. Rose said “No.. The rumours around there being something more to this HTC device are overblown… This is really just another example of a manufacturer who has taken our public APIs (application programming interfaces) and integrated them into their device in an interesting way“.

Looks like it might actually be true. Renderings of a couple upcoming HTC devices that might be announced at their Mobile World Congress press event tomorrow reveal a dedicated Facebook button on the front of each device – with most likely one press access to your account. There are no confirmed specs associated with these devices but clearly a touchscreen Android that looks like the Legend and the other is a physical QWERTY keyboard that is similar to the Snap.