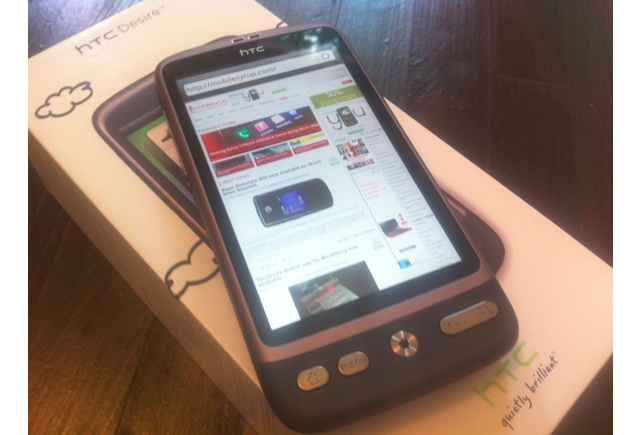 It’s been a long and exciting road for the Android-powered HTC Desire. It was only a couple months back that one of our tipsters let us know that this was coming to Canada via TELUS… and tomorrow it can officially be yours.

We’ve been informed that stores are preparing to receive their stock. We don’t have official pricing yet but the rumours are that this will be available for $79.99 on a 3-year and $449.99 no-contract.

I got my hands on one of these beauties, plus we shot a video a few weeks ago that gives a good run down of the features. Some of the specs the Desire comes with Android OS 2.1, a 3.7-inch touchscreen display (resolution of 480×800), a 1 GHz Snapdragon processor, WiFi, 5 megapixel camera etc.

UPDATE: Thanks to one of our tipsters for letting us know the Desire pricing. According to the internal doc we received it shows the following stellar pricing (it also looks like they are throwing in an 8GB microSD card): 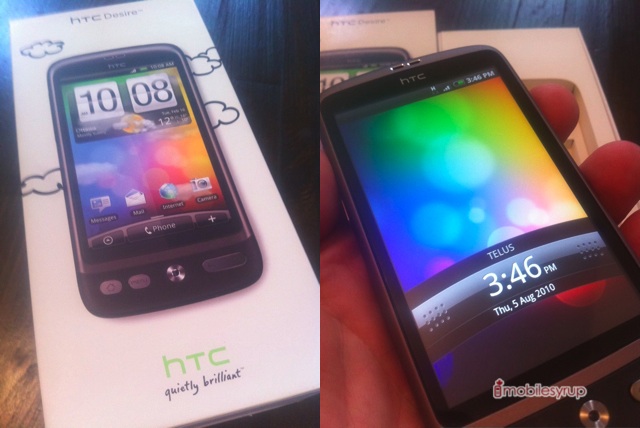 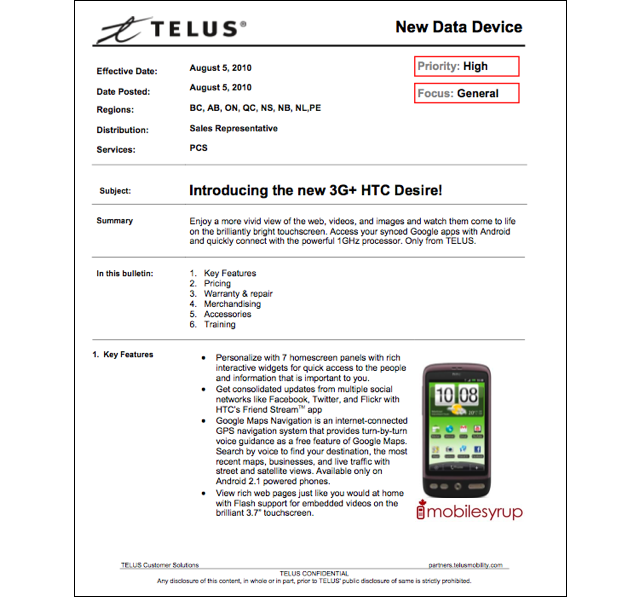 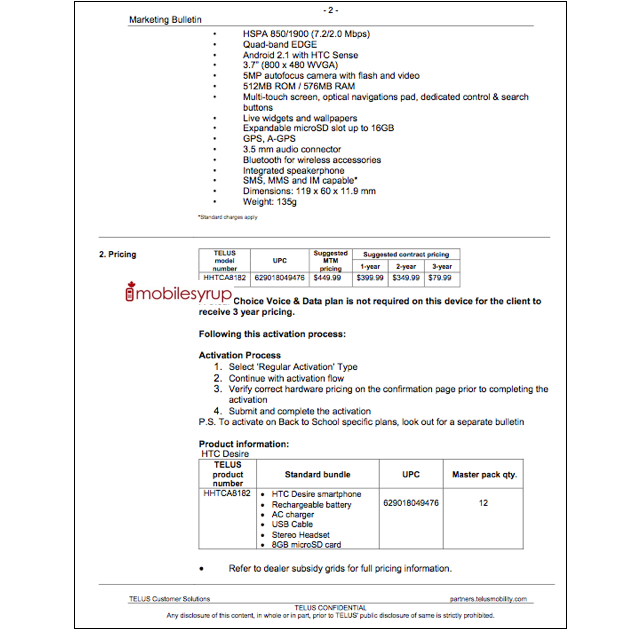