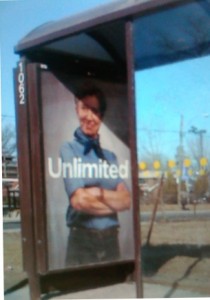 As Public Mobile gears up for their Toronto launch tomorrow, they will also be introducing a new $24 plan to the mix. Over the past few months Public has been saying they will only offer one plan – a $40 Unlimited Talk & Text. However, this new plan that is set to be available tomorrow is again targeting the “low income value conscious” and will only be Unlimited local calling. In addition, this $24 plan includes call waiting, call forwarding and 3-way calling (Voicemail and call display can be added for $8).

In a release sent to us today CEO Alek Krstajic stated that “We want to offer all the value we can in the marketplace. 38-percent of Canadians don’t have a cell phone because of unpredictable prices. We want to make owning a cell phone affordable, and give everybody the chance to talk. Owning a cell phone shouldn’t be a luxury. Thousands of customers signed up early, and on the first day of our network operation, they are able to use their Public Mobile phones”.

When Public launched their stores back in March they also came out with a promo that gave free unlimited Canadian free long for life to anyone who signed up for the $40 plan before the network went live. Even though this new $24 plan has different features we’re curious to see how many of those early adopter customers would have gone for this new lower cost plan. Perhaps they might have the opportunity to switch plans tomorrow.

In addition, Public says they have plans to introduce an unlimited international long-distance plan as early as the Summer.