The new trailer for Cyberpunk: Edgerunners was cut by animation house Studio Trigger 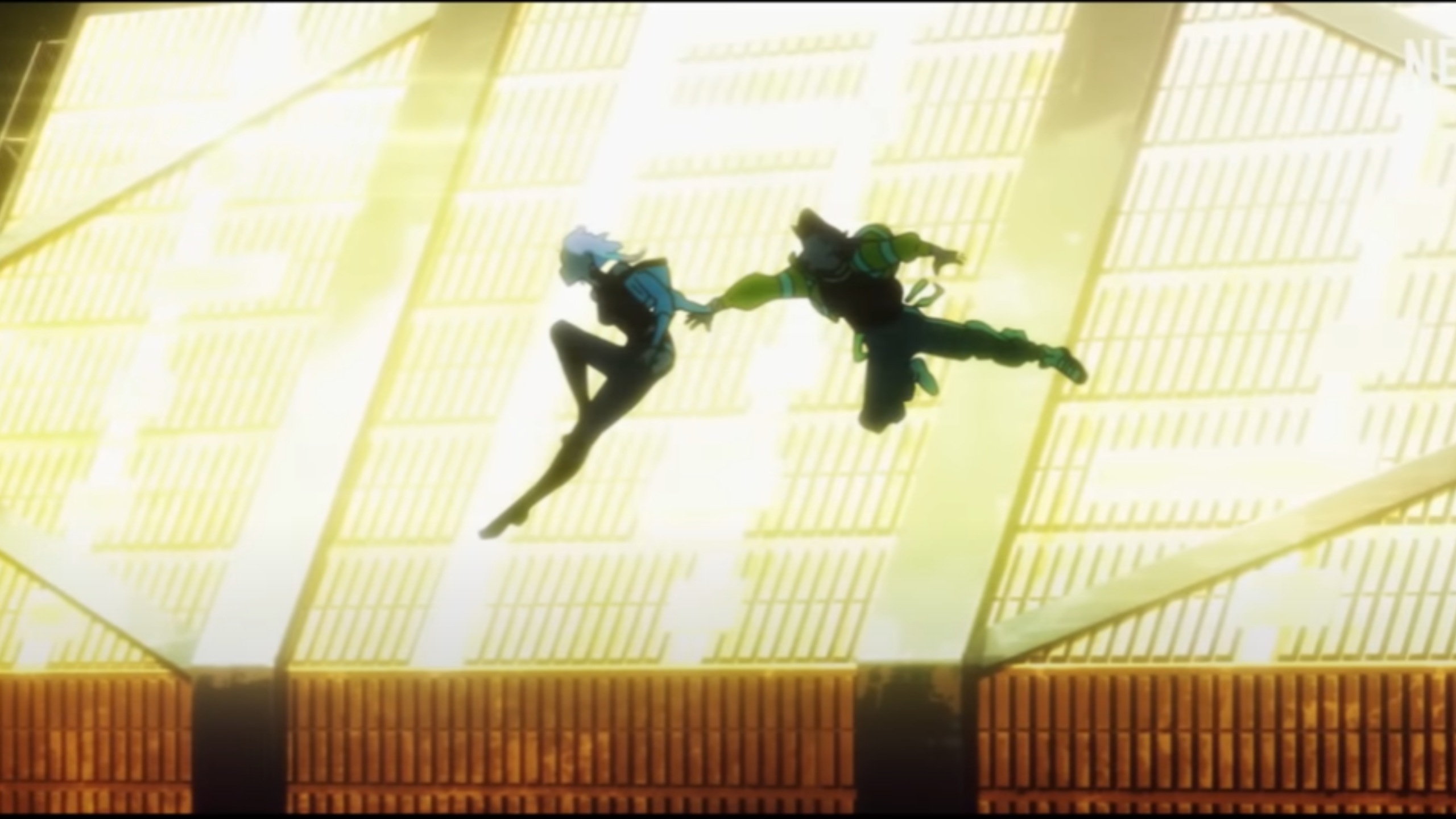 Cyberpunk: Edgerunners is an anime-inspired standalone story set in Night City. The series focuses on an eclectic group of street kids. Night City is a harsh setting where technology and body modification are the norm. David, who appears to be the central character, ends up becoming an edgerunner (otherwise known as a mercenary), in order to stay alive.

The three-minute-long trailers show off some of the bombastic and enthralling animated visuals created for the show. Cyberpunk: Edgerunners is developed by Studio Trigger, a prominent Japanese animation studio. Their credits include Kill La Kill and Little Witch Academia. Studio Trigger has also provided illustrations for Fire Emblem Fates. With a unique visual style, Studio Trigger cut the new trailer.

What’s interesting to note is how faithful Cyberpunk: Edgerunners is in capturing and adapting Night City. There are numerous locations in the trailer that are identifiable as being in Cyberpunk 2077. Although the game has gone through some rocky periods, many consider Night City an interesting playground to explore.

Developer CD Project Red is also best known for its work on The Witcher series. Although the Netflix series starring Henry Cavill as Geralt of Rivia is ongoing, it’s based on the novels of the same name by Polish writer Andrzej Sapkowski rather than the games. Netflix is going all in on The Witcher with the animated origin film Nightmare of the Wolf already released. The Witcher: Blood Origin, a prequel miniseries debuts later this year.

Cyberpunk: Edgerunners does not have an exact release date just yet. However, Netflix confirms the original anime will run across 10 episodes.