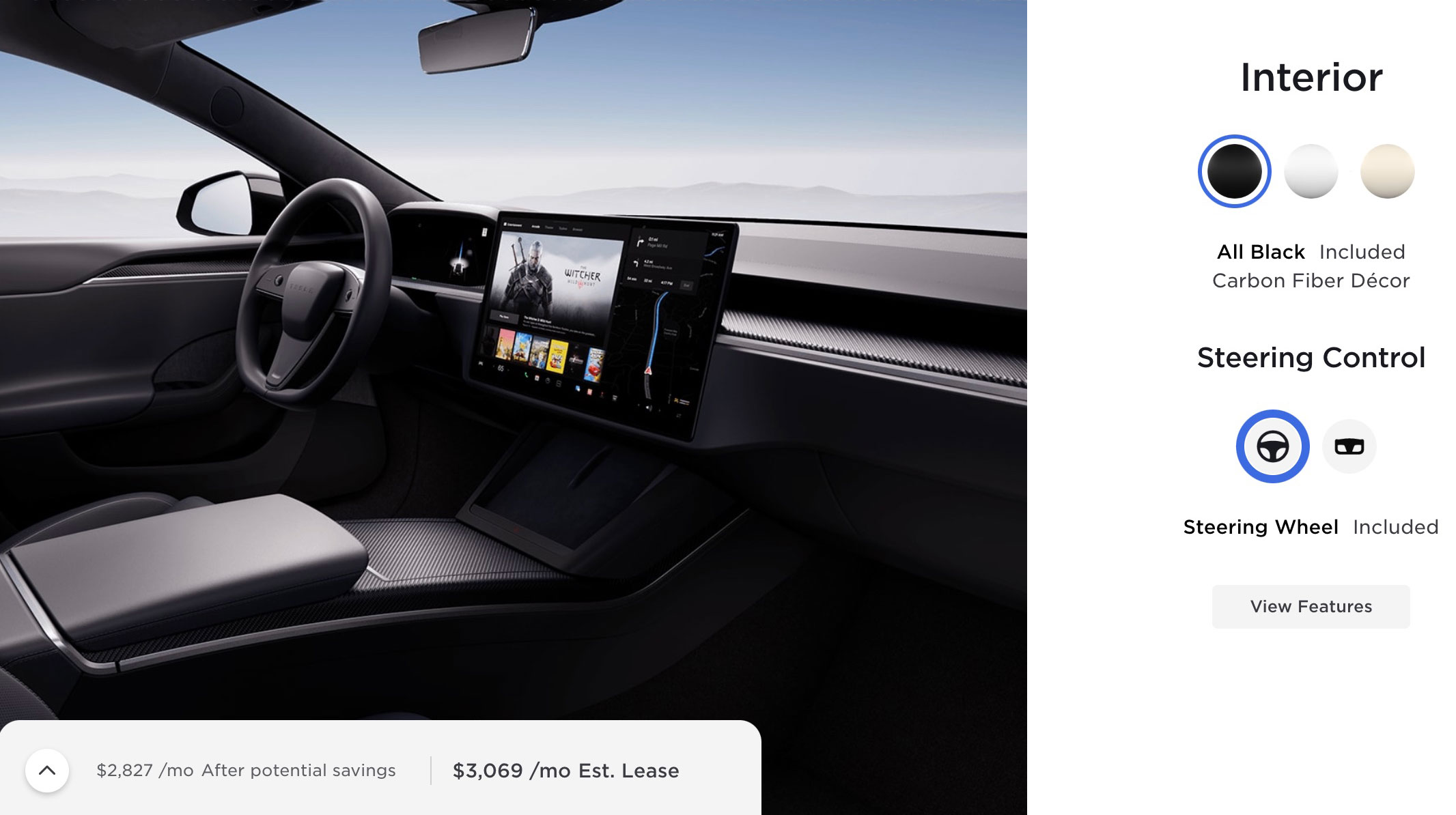 Tesla’s yoke-shaped steering wheel has long been a topic of criticism.

Using the steering wheel isn’t very intuitive for a regular driver, and the time it takes to get used to the oblong shape could lead to a higher risk of accidents.

The yoke steering wheel has proven to be impractical at lower speeds and potentially dangerous in certain driving scenarios, like when trying to regain control on an icy road. While some are worried about the shape of the wheel causing problems, others were concerned about the lack of stalks to choose the drive mode and perform functions like turn signals.

Now, as reported by Electrek, the Model S/X configuration on Tesla’s website was updated on Thursday, January 5th, and it now includes an option for a round steering wheel, alongside the yoke. It’s worth noting that selecting the round steering wheel doesn’t impact the price order the delivery date of the selected vehicle.

Musk has long been a proponent of the yoke, and said that the round steering wheel looks boring and blocks the screen. “FSD in panoramic mode look way better with a yoke,” he said.

Despite Tesla now offering a round steering wheel option for its Model S and Model X, it seems that the control stalks will not be returning with it. Instead, the wheel will feature buttons similar to those on the yoke steering wheel.

Yet another round wheel is boring & blocks the screen. FSD in panoramic mode looks way better with a yoke.