Bouncing between social media pages and different websites to access content is a thing of the past, according to the people behind HVR.

HVR is a Toronto-based social media tech company, and it wants to reinvent the way people browse the internet through a mobile app under the same name.

CEO Nelson Thall describes it as a “mobile browser that’s also social,” which makes it “easy to discover and discuss the web in one place.”

He says the app is the “world’s first social surfing platform.” It’s about having everything available in one place, scrapping the need to go between websites and social media apps, and giving website owners their engagement back.

Thall says the app allows users to follow people and websites to create a curated web page. Users can post comments and photos on the websites they visit through the app. 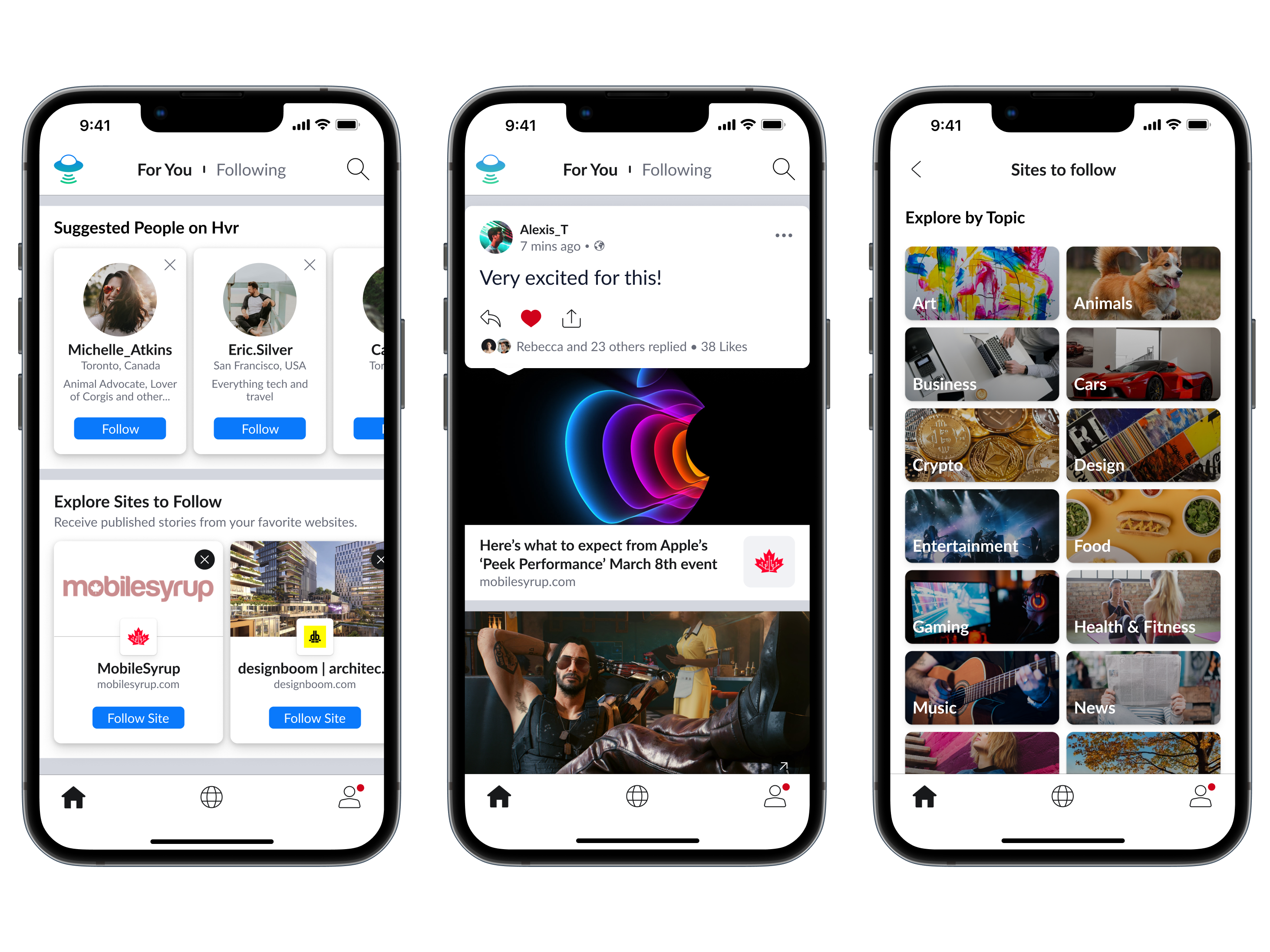 “It’s a streamlined way to discuss the articles, brands and products that you love with other people who share your interests,” Thall told MobileSyrup.

Having the option to do that in one place will benefit users and publishers, who’ve had no choice but to give their engagement to social media giants like Twitter and Facebook.

“Discussing the web by copy-pasting and sharing links to countless other platforms is inefficient for users and debilitating for web publishers who rarely receive the full monetization benefits of the conversations happening as a result of their content.”

Thall previously owned shares of Canada’s largest newspaper, the Toronto Star, along with members of his family. It was a practice that ran in the family ever since his grandfather bought a fifth of the company in the 1950s.

Thall told MobileSyrup user engagement was something their partners felt “insecure” about. Instead of wanting Thall and his brother to submit photographs of issues around Toronto, they were told there were photographers and journalists to capture that.

“Because of this, there was no way they were going to thrive on the web.” While the family sold off shares, Thall said things didn’t change. People still have to copy links to emails and multiple networks to share thoughts on the web.

Along with his brother Henry, they thought it would be great to have discussions on the web for anyone to see. They asked people how the web could work better for them. The feedback included users wanting to organize and share their passions more easily. Eventually, HVR was born.

While the app is available to download on iOS and Android at this time, only those sent a link by an existing user can sign up. Users can request to be notified on when they can sign up.

Update 14/03/2022 10:00am EST: The piece previously stated Thall’s family felt insecure about user engagement. It was in fact site partners and not his family. The piece has been updated to reflect the change.