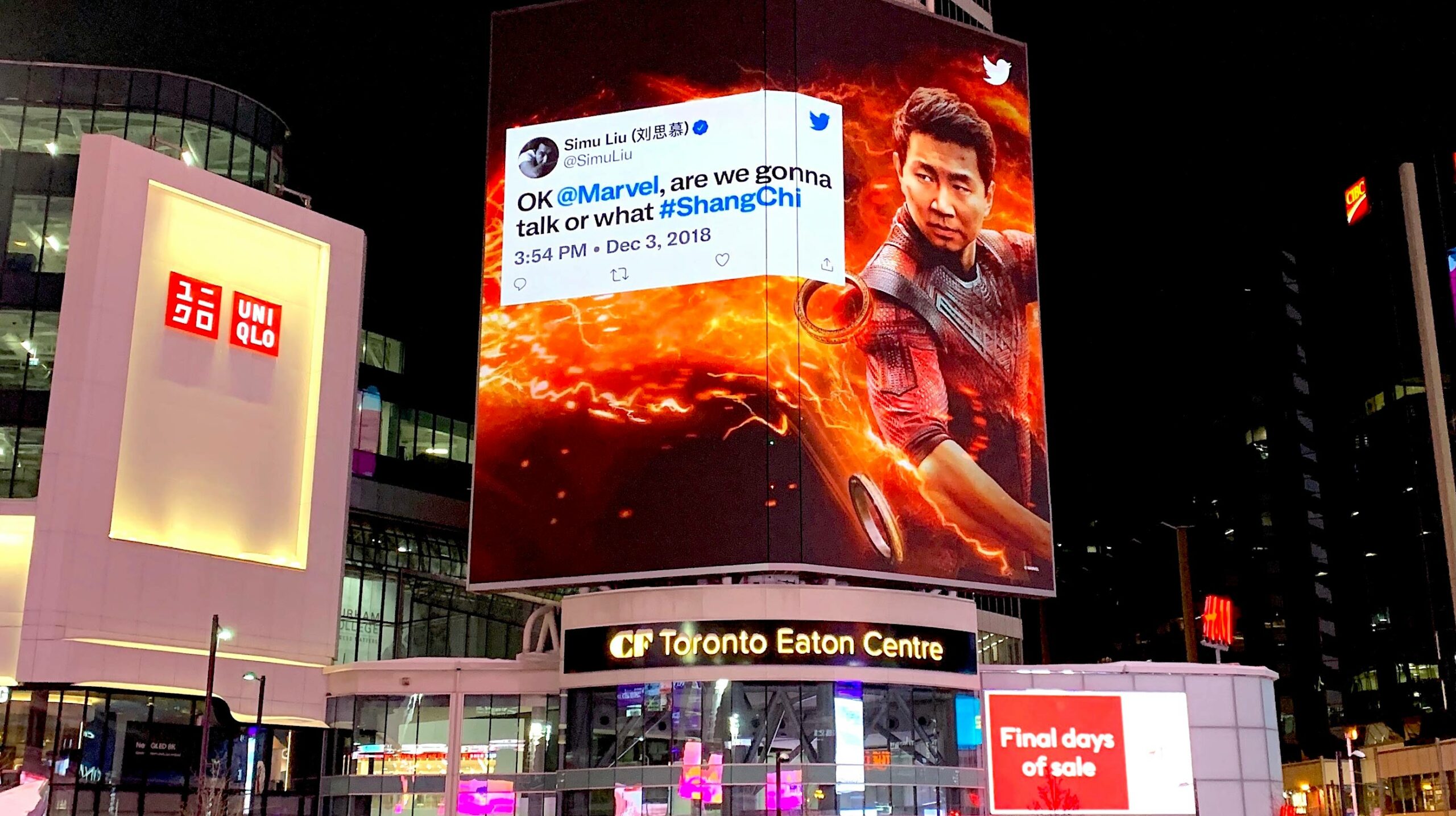 Twitter is launching a new campaign today in Toronto and other cities about manifestations with the theme “Tweet It Into Existence.”

Twitter says that manifestations are “the new resolutions” and the best way to manifest your dream is to tweet about it. The idea is that you’ll tweet about something you want and watch it manifest sometime later. With that, Twitter is now sharing success stories from celebrities and athletes, including Demi Lovato, Megan Thee Stallion, Issa Rae, as well as Canadians Simu Liu and accessibility advocate Steve Saylor (the ‘Blind Gamer’).

OK @Marvel, are we gonna talk or what #ShangChi

With this new campaign, Twitter has taken over the big screens at Yonge-Dundas Square and Union Station in Toronto. Alongside Toronto, several other North American cities, including New York and Los Angeles, will take a look at featured tweets.

Twitter is also donating nearly $1 million to charities of the stars’ choice on their behalf.

Here’s the full of list of stars apart from Liu and Saylor: