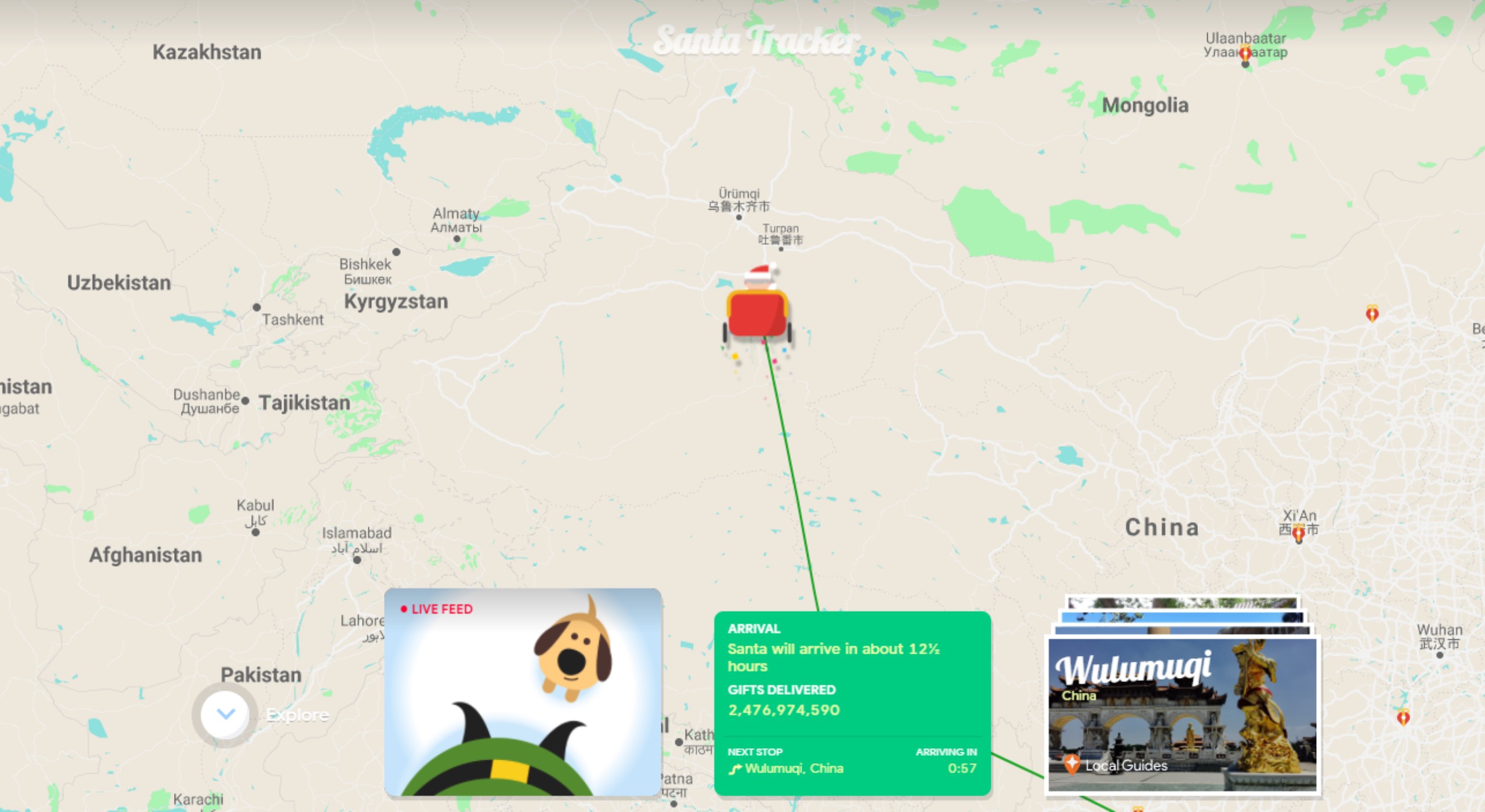 Santa has left the North Pole and begun delivering gifts around the world. Led by his nine reindeer, Santa’s journey will take him through each country. Thanks to Google Santa Tracker, you can keep up with where in the world Father Christmas is.

Google has held on to the annual tradition of tracking Santa Claus each Christmas since 2004. The tracking system is powered by Google Maps. The tech giant uses satellite technology and a bit of magic to keep up with Santa’s location. It’s become a favourite of families around the world as they can see where Santa is and where he is off to next.

Google has been expanding the Santa Tracker portal with beloved features as well as new activities families can take part in. One of my personal favourites is the ‘Local Guide’ which shows the exact location of Santa and provides the ability to see details and attractions of the area. The company will redirect users to Google Maps to see a more in-depth look at the area.

Additionally, the Santa Tracker shows the grand total of presents delivered by the big guy. At the time of writing, over 2,500,000,000 gifts have been dropped off across the world.

Google Santa Tracker also includes a whole bunch of interactive games to play. Santa Selfie, for instance, enables users to give the jolly old elf a beard trim and style his hair. There are also games like Gumball Tilt and more. Of course, what’s a Christmas without a Yule Log fire video. Yes, the Santa Tracker portal includes one of those as well for your viewing pleasure.

It’s a pretty impressive offering of activities Google has helped put together for families across the world. Kids can learn a bit of geography while Santa and co. zip from location to location around the world throughout the day.

Google Santa Tracker can also be installed on Android as well through the Google Play Store.