Rogers executives answered questions on the last day of the hearing and took aim at Bell, Telus, and other organizations 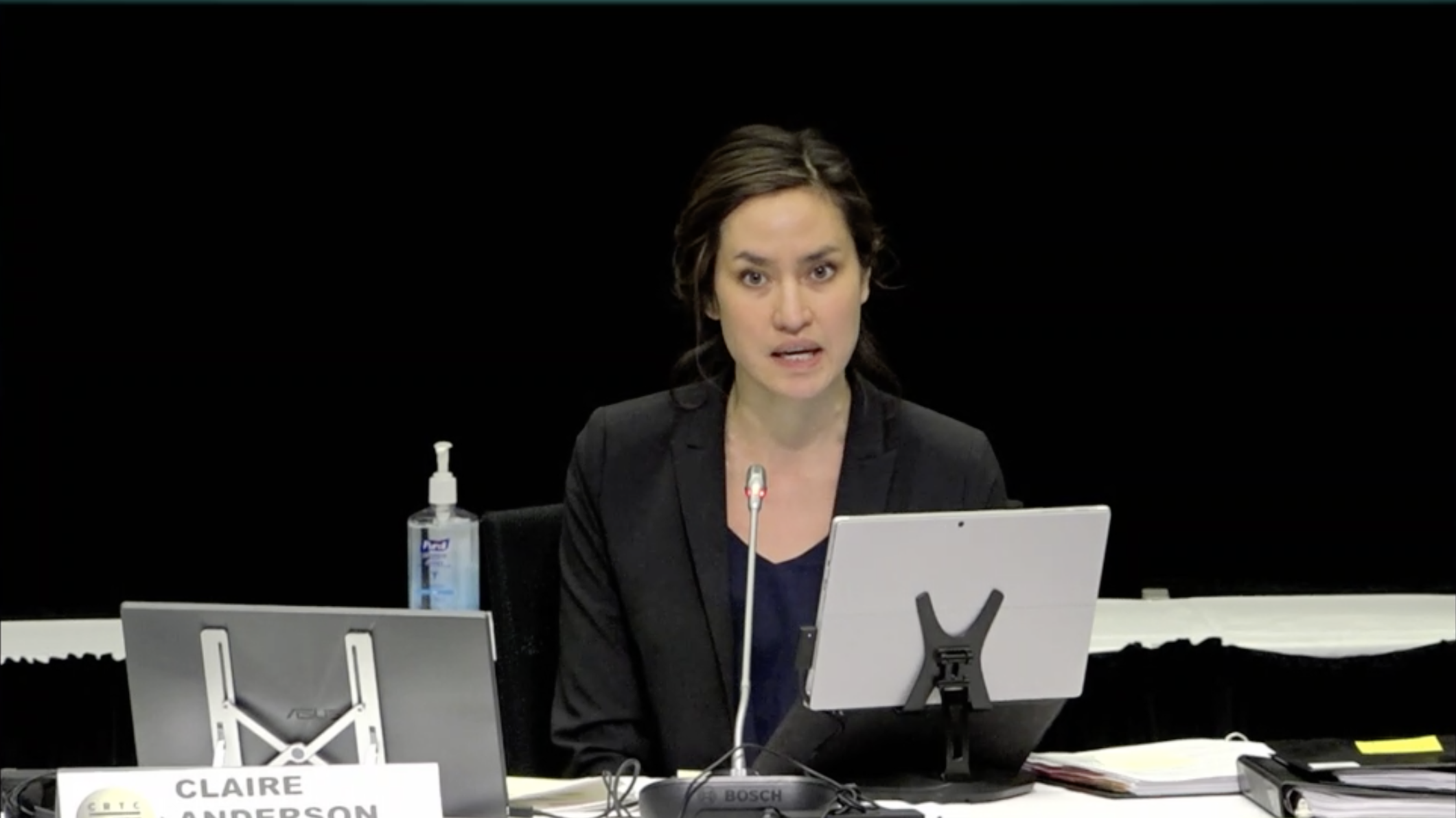 The Canadian Radio-television and Telecommunications Commission’s (CRTC) hearing into the Rogers Shaw merger has concluded.

The week started and finished with executives from Rogers and Shaw telling the CRTC why the transaction, valued at $26 billion, should be approved. Rogers presented that the merger would allow the growing divide between the country’s urban and rural areas to lessen by creating a competitive market, funding for Indigenous-specific content, and bringing forward more affordable options for consumers.

Rogers currently offers services in Ontario and the Atlantic Provinces and Shaw operates in the West, including B.C., Alberta, Saskatchewan and Manitoba.

The three days following focused on presentations from interveners, many of them media organizations asking the CRTC to completely deny the merger or have Rogers make improvements to protect the rights of consumers, independent broadcasters, and the larger broadcasting system.

Blue Ant Media, MobileSyrup’s parent company, raised issues through a written intervention but did not take part in the hearing.

The merger will impact financial support to numerous independent broadcasters. Included in this is Corus, which receives millions every year from Shaw. In 2020, the broadcaster received roughly $13 million for Global News.

On Friday, Pam Dinsmore, vice president of regulatory cable at Rogers, acknowledged the transaction will “have an indirect impact on independent programmers.”

Rogers negotiated renewal agreements with numerous programmers but didn’t have success with those who make up the Independent Broadcast Group (IBG). APTN, Hollywood Suite, and OMG Media Group are some of the organizations part of the group. Chris Fuoco, part of the IBG, said Tuesday Rogers ended the negotiations in the evening hours of November 22nd.

Rogers also proposed to carry 40 independent services over a three-year period, but discussions throughout the week heard interveners requesting that number be brought to 50. Rogers said Friday that was not possible. “A requirement to add independent services to Shaw Direct [SD] may actually force us to drop other services, reduce signal quality or convert certain HD services to SD. That would be an unacceptable outcome,” Dinsmore said. Rogers is willing to offer 45 “as a compromise.”

Rogers also said Monday it will take funding and direct it to CityTV, a network it owns, over Global News. “We do not agree that this money should be diverted to competing local television stations. This funding will ensure that CityNews provides a stronger and more competitive editorial voice in the West that rivals CTV and Global,” Susan Wheeler, a vice president at Rogers, said.

The move to IPTV

Wheeler further reiterated on Friday consumer needs are an important part of this transaction.

Numerous interveners throughout the week questioned if this was in fact true. On the third day of the hearing, representatives from the Public Interest Advocacy Centre (PIAC) said Rogers plans to move cable-only and satellite TV subscribers from Shaw to its IPTV service, which will end up costing customers more.

Wheeler said this was a “misunderstanding” from the PIAC. “Our IPTV migration plan is based on providing incentives to consumers to encourage them to move to the Ignite platform and to do so seamlessly when the time is right for them.” She did not specify what incentives she was referring to.

PIAC, who presented alongside the National Pensioners Federation, said Rogers should offer Shaw customers using TV packages a price freeze, lasting three years, when they have to move to IPTV. Representatives from Rogers did not address this specific ask.

The two media giants asked the CRTC to deny the application for the merger, stating it isn’t in the best interest of Canadians.

Ted Woodhead, Rogers senior vice president, regulatory, said the concerns they presented at the hearing were “manufactured” and their real concern was Rogers being a “better competitor” in the markets they serve.

“Bell and Telus’ opposition to our application is obviously grounded in self-interest — not the public interest,” he said.

Bell also bid to take over Shaw when the opportunity originally arose.

In 2012, Bell approached the CRTC to acquire Astral, but its first application was denied. Representatives from Bell said Thursday this was because the commission couldn’t see the benefits of it, and the same thing can be said for Rogers plans to acquire Shaw. Bell’s application was reviewed and eventually approved.

“Bell and Astral both operated television services in the most popular genres and held exclusive rights to many of the most-watched programs and programming services in Canada. It was that exclusivity that compelled the Commission to issue its denial.”

The five-day hearing was the only opportunity for the public to gain insight into the inner workings of the deal. This hearing specifically dealt with the aspect of broadcast. Telephone, wireless, and internet services are also large parts of the deal but will be dealt with separately through hearings with the Competition Bureau and Innovation, Science, and Economic Development Canada. Those hearings will not be open to the public.

The CRTC asked Rogers to send in written submissions with further details to some of their questions by the end of December. A decision before the new year is unlikely.