How have I played Apex Legends more than Halo 2? I don't know 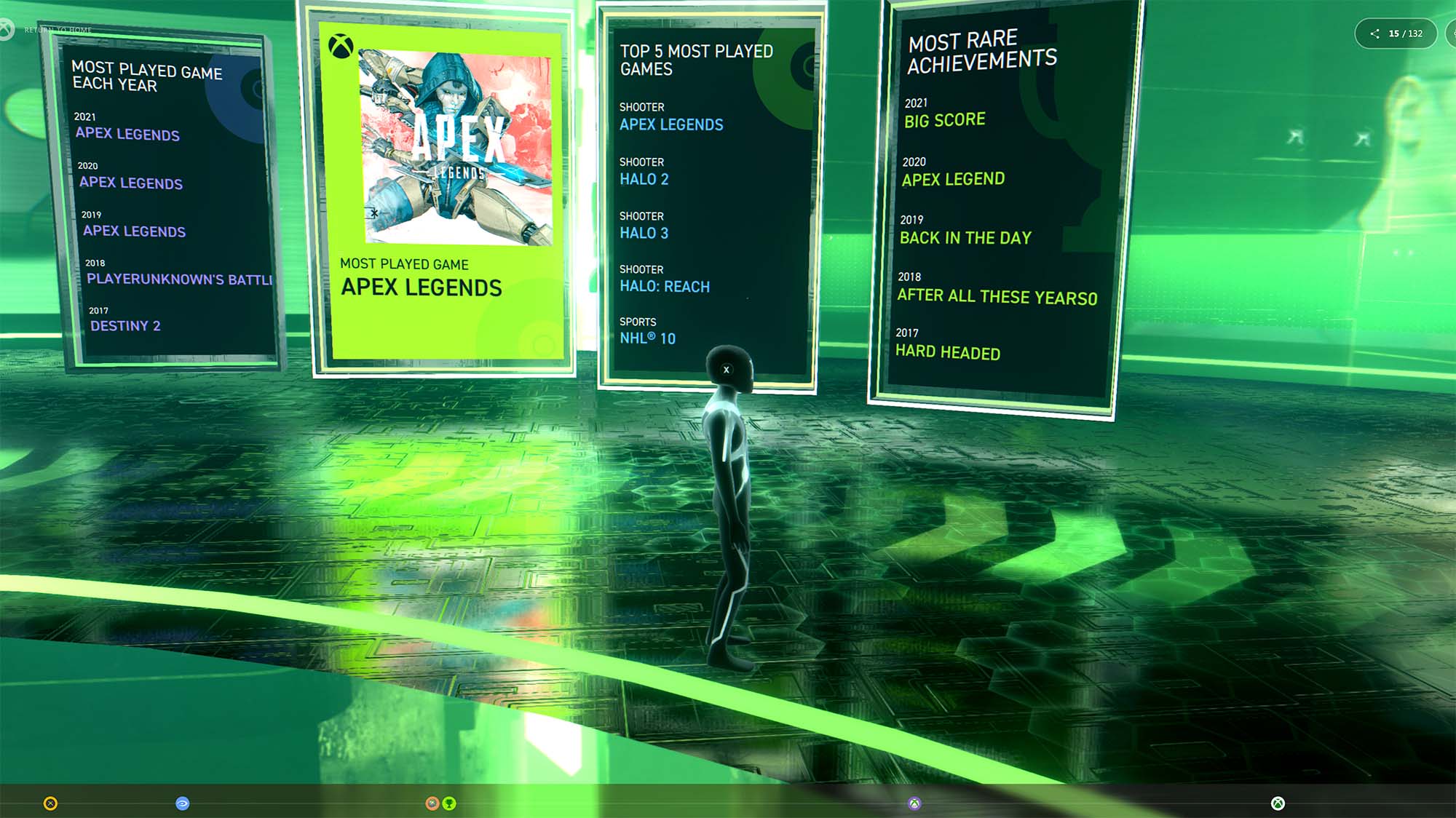 Welcome to the Xbox metaverse.

In celebration of the Xbox brand’s 20th anniversary, Microsoft has created a virtual Xbox metaverse museum that allows you to walk around and explore the history of the brand. This includes notable events in Xbox history like the dreaded red ring of death, its attempt to acquire Nintendo and big game releases like Gears of War and Call of Duty: Modern Warfare.

In this virtual Xbox museum, you’ll run into the people checking out digital exhibits and their legacy stats across the Xbox, Xbox 360, Xbox One and Xbox Series X/S. This is the most interesting part of the clever Xbox metaverse since it allows you to look back at all of the games you’ve played on Microsoft’s gaming platform over the years.

For example, one of the first games I played on the original Xbox was Forza Motorsport and Forza Motorsport 5 was the first title I booted up on the Xbox One. Also, interestingly, from 2019 to 2021, my most played game was Apex Legends, and my top 5 most played games of all time are as follows, Apex Legends, Halo 2, Halo 3, Halo: Reach and NHL 10 (I’m shocked Halo 2 isn’t on the top).

To check out the metaverse museum, follow this link.