9 Apple Watch apps you should check out

Apple Watch apps haven't taken off like Apple hoped they would in 2015, but there are still some great ones out there 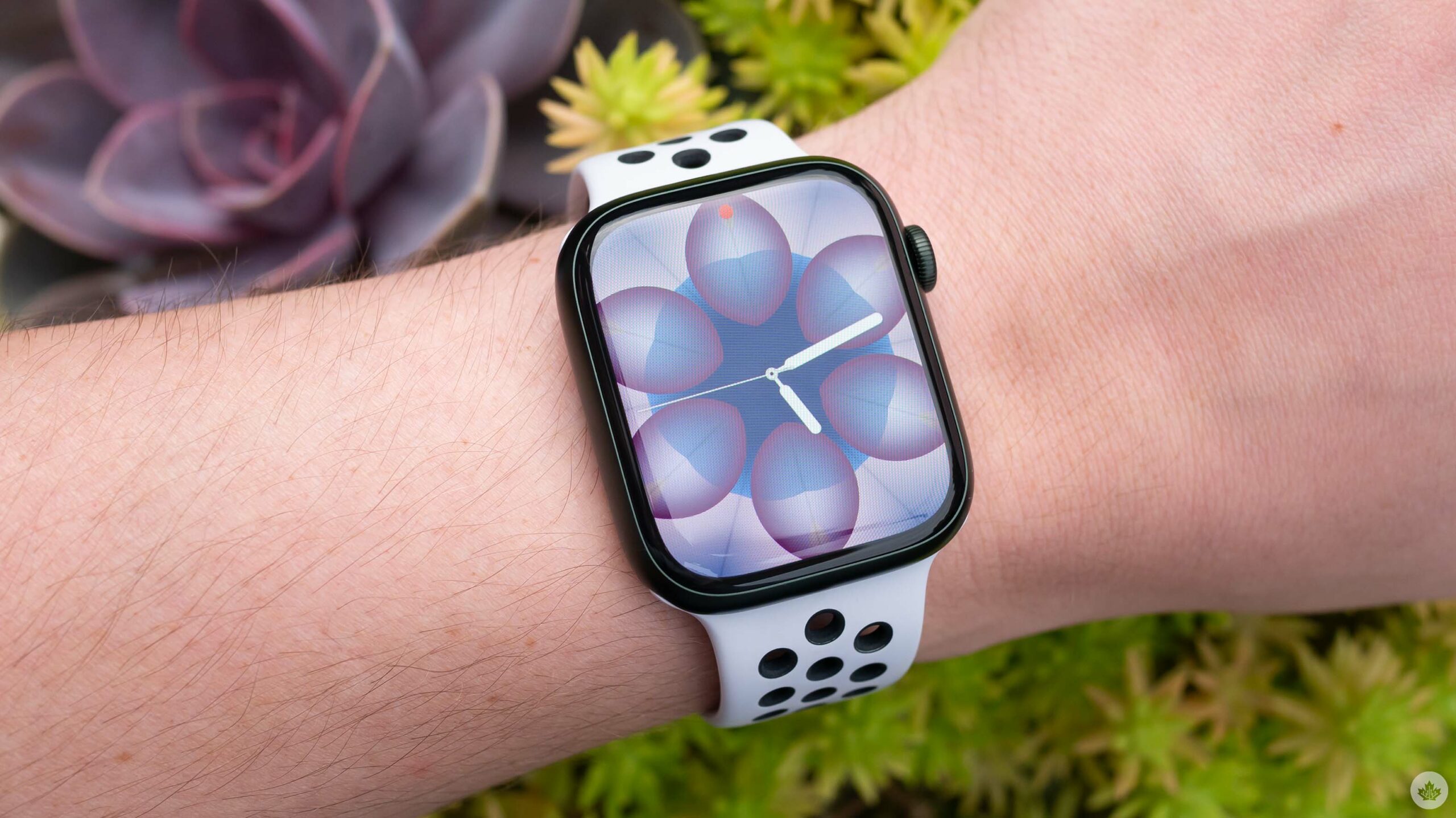 The Apple Watch has been my favourite Apple device since its release in 2015. When the smartwatch first debuted, Apple was very proud of the wearable’s iOS-like app ecosystem. Soon enough, apps were sold as the future of wearable technology.

While I don’t believe that Apple Watch apps have taken the world by storm as Apple had hoped, there are still many solid use cases for having an app on your wrist.

Apple Watch apps are a strong differentiator from other smart-wearables on the market, like Fitbit and Samsung Galaxy Watch. The Apple Watch is the world’s number one watch and continues to see massive growth, with the company touting that around 50 percent of Apple Watch purchases are by first-time users.

With the Apple Watch Series 7 recently released, there’s no better time to check out these nine Apple Watch app recommendations. 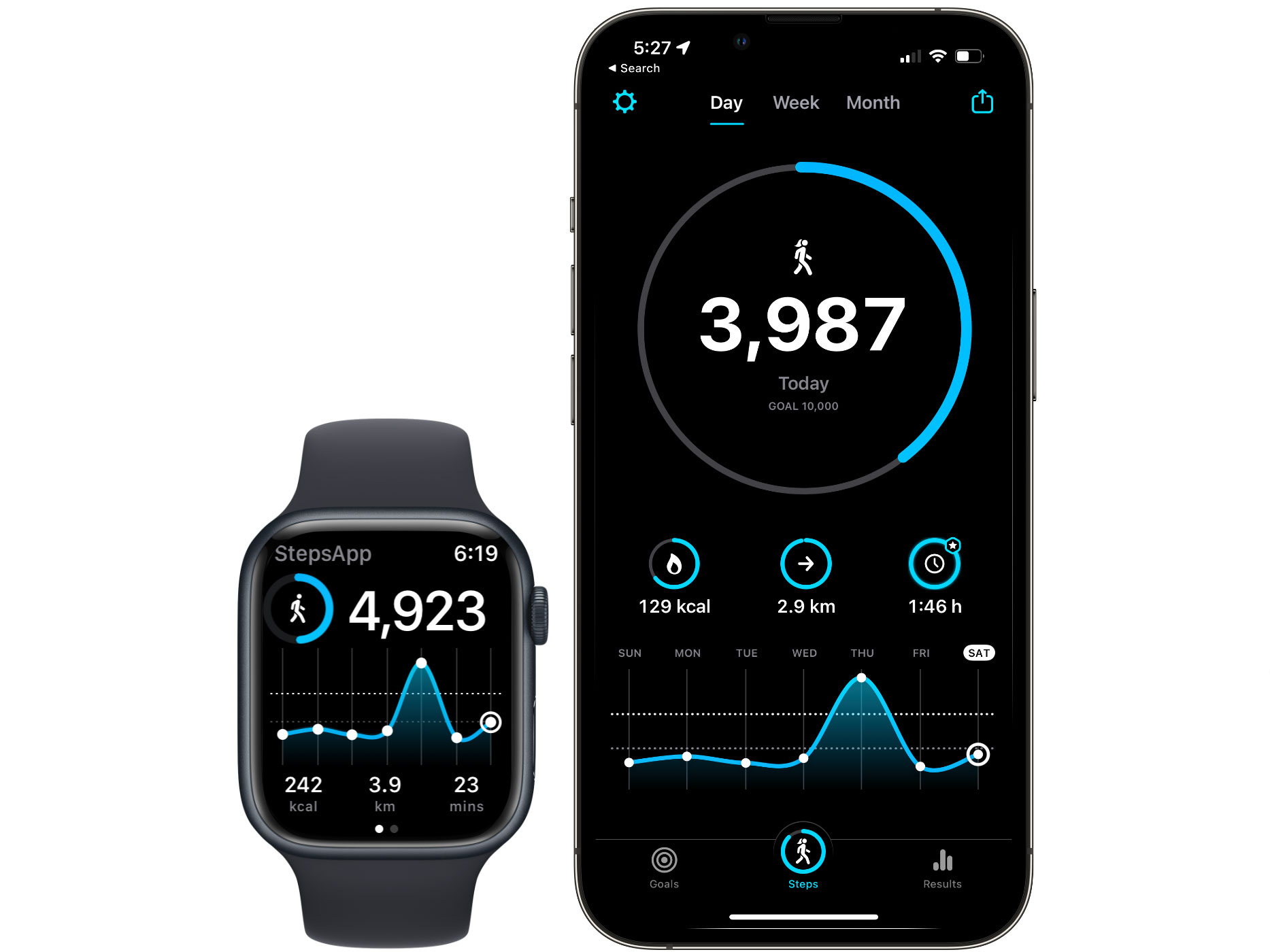 I don’t think it’s a stretch to assume that most people who buy an Apple Watch purchase it as a fitness tracker. Personally, Apple Watch’s activity rings have been an excellent motivator for me to exercise and stay active.

But when I worked at the Apple Store, many people asked how they could get their step count to appear on their Apple Watch face, instead of their calories burned or exercise minutes. Sure, you can find your steps in the Activity app on your Apple Watch, but if you want to see your steps as a complication, StepsApp Pedometer is a great option.

StepsApp is a free-to-download app that, once installed, can be added to the watch face as a complication displaying how many steps you walk in a day. I would like to see Apple add step tracking as an optional activity ring in a future version of watchOS — but until then, this app does the trick. 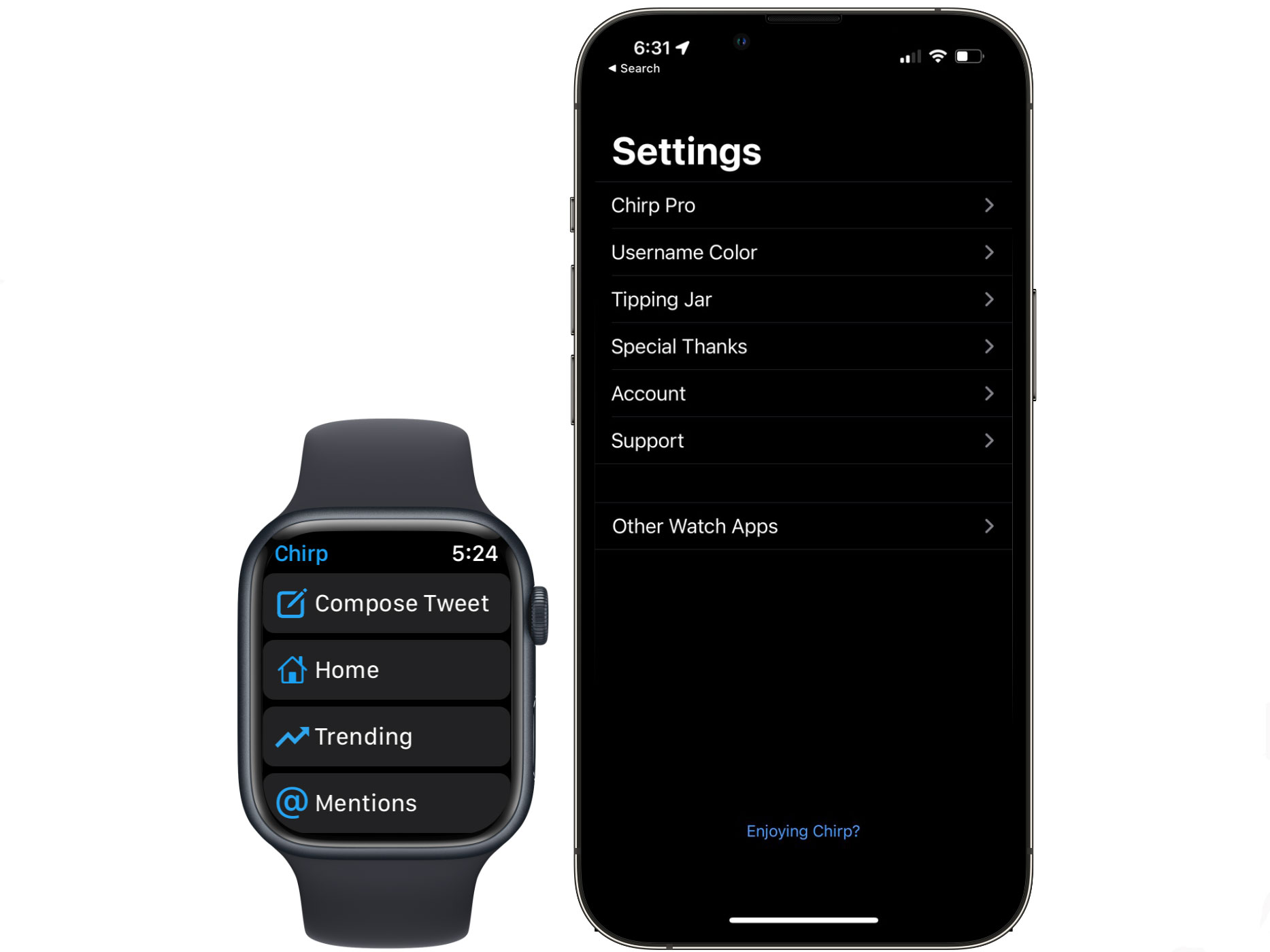 Having a cellular Apple Watch, there are times when I go out and leave my phone at home, but then have to wait around somewhere for an appointment or a friend. In those moments, I wish I could scroll through my Twitter feed.

Chirp is a Twitter client for your Apple Watch. If you’re out and about without your iPhone, you can use Chirp to scroll through your feed, or like, retweet, and reply to messages.

Chirp is entirely free, but if you like the app, be sure to drop Will a tip using Chirp’s tip jar. 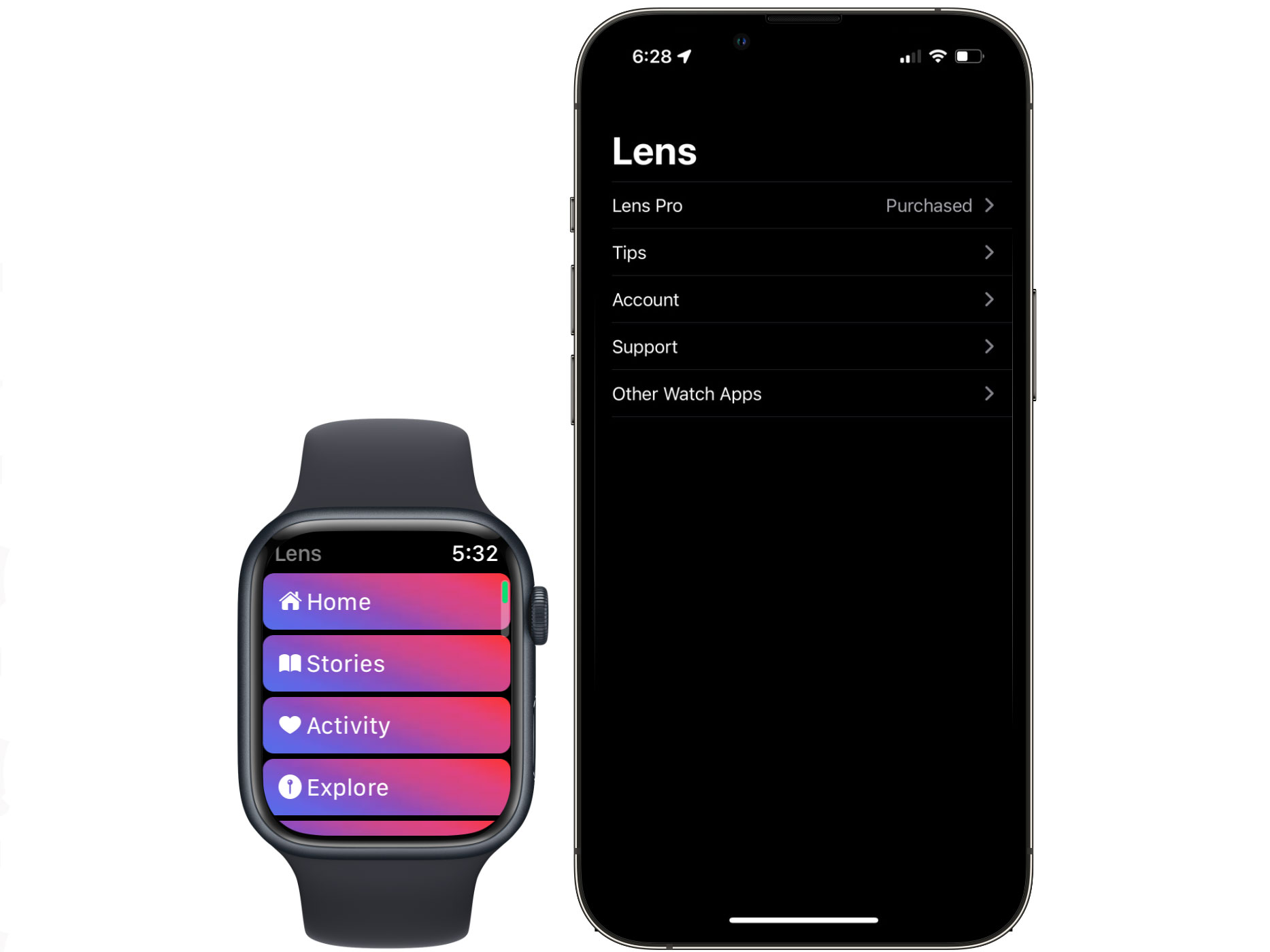 Similar to Chirp for Twitter, Lens is an Apple Watch client for Instagram. The app was developed by Reuben Catchpole and replaced Instagram’s long discontinued first-party app.

Within Lens, you can scroll through your Instagram feed, like a post, and reply to messages. In addition, once you sign in from the companion app on iPhone, you can use the Apple Watch on cellular without your iPhone nearby!

Lens is free, but has a tip jar function within its iPhone companion app, if you enjoy your experience.

AutoSleep is the sleep tracking app that really stood out for me. The app is affordable at a one-time $6.99 purchase, features a colourful interface, and has excellent accuracy. I have AutoSleep send me a silent notification every day to report my sleep from the previous night.

Keynote is Apple’s presentation app on iOS and macOS. Keynote is by far my preferred presentation software over alternatives like Microsoft PowerPoint or Prezi. 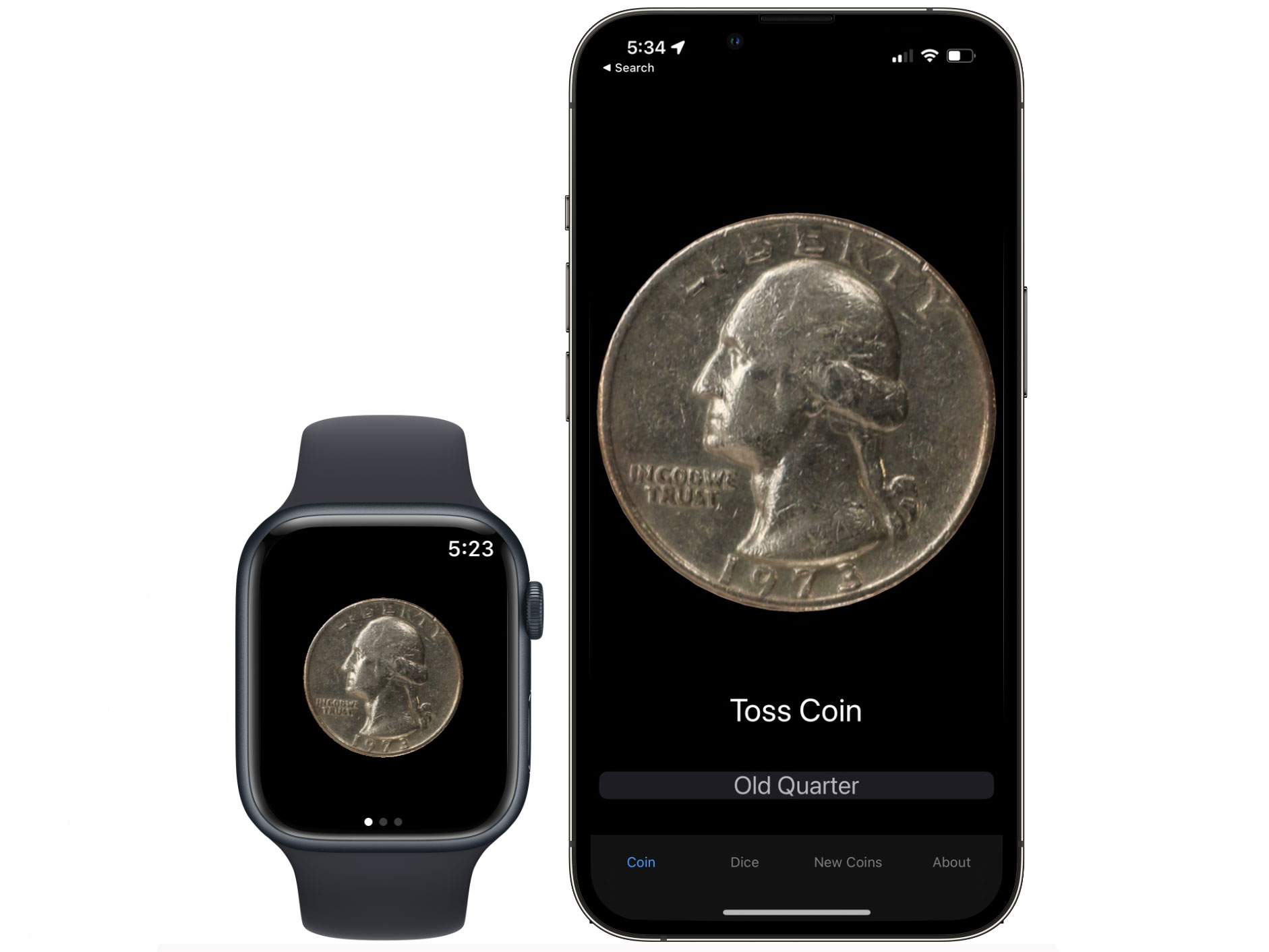 Have you ever been out in public and had a situation where you wish you could flip a coin to make a decision? No one carries change on them anymore, but you probably have an Apple Watch if you’re reading this.

Coin & Dice Toss is a free app that provides the simple functionality of flipping a coin or rolling a die. You can also purchase additional coins or dice within the app, if you want something that fits your cosmetic preference.

While Coin & Dice Toss isn’t the prettiest app, it does mean you’ll never again have to go without making a tie-breaking decision. 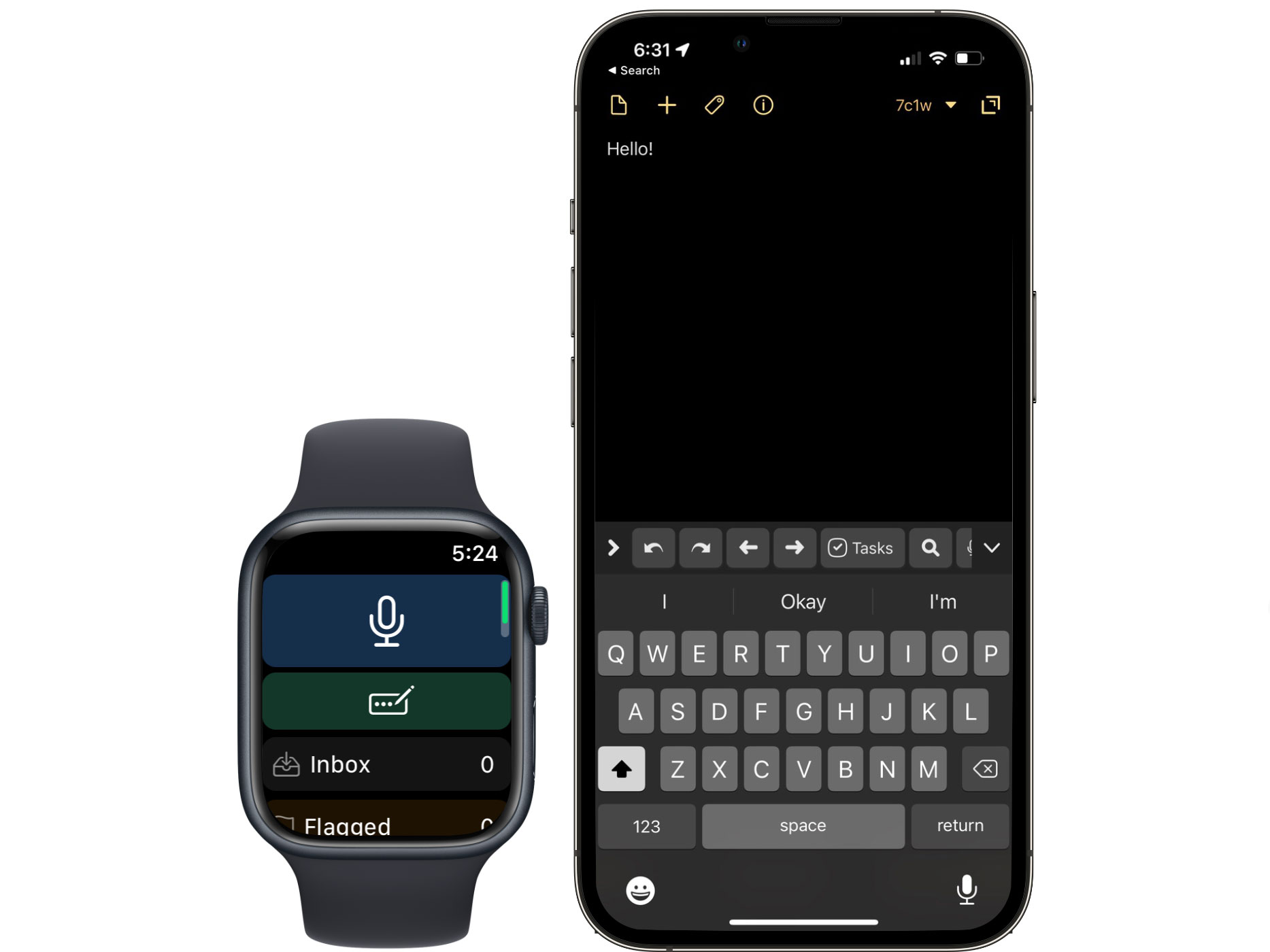 Drafts is a beloved word processor and note-taking app for iOS, iPadOS, macOS, and watchOS. While Apple has brought many apps to Apple Watch, including Reminders, Contacts, and Podcasts, there is still no Apple notes app.

Drafts is a free app that meets this need. If you’re out without your iPhone and want to jot down a quick thought, Drafts will let you do that via dictation or scribble.

One of my favourite features of the Apple Watch is Apple’s Messages app. Quickly responding to messages from my wrist has been a massive benefit since day one of Apple Watch ownership. 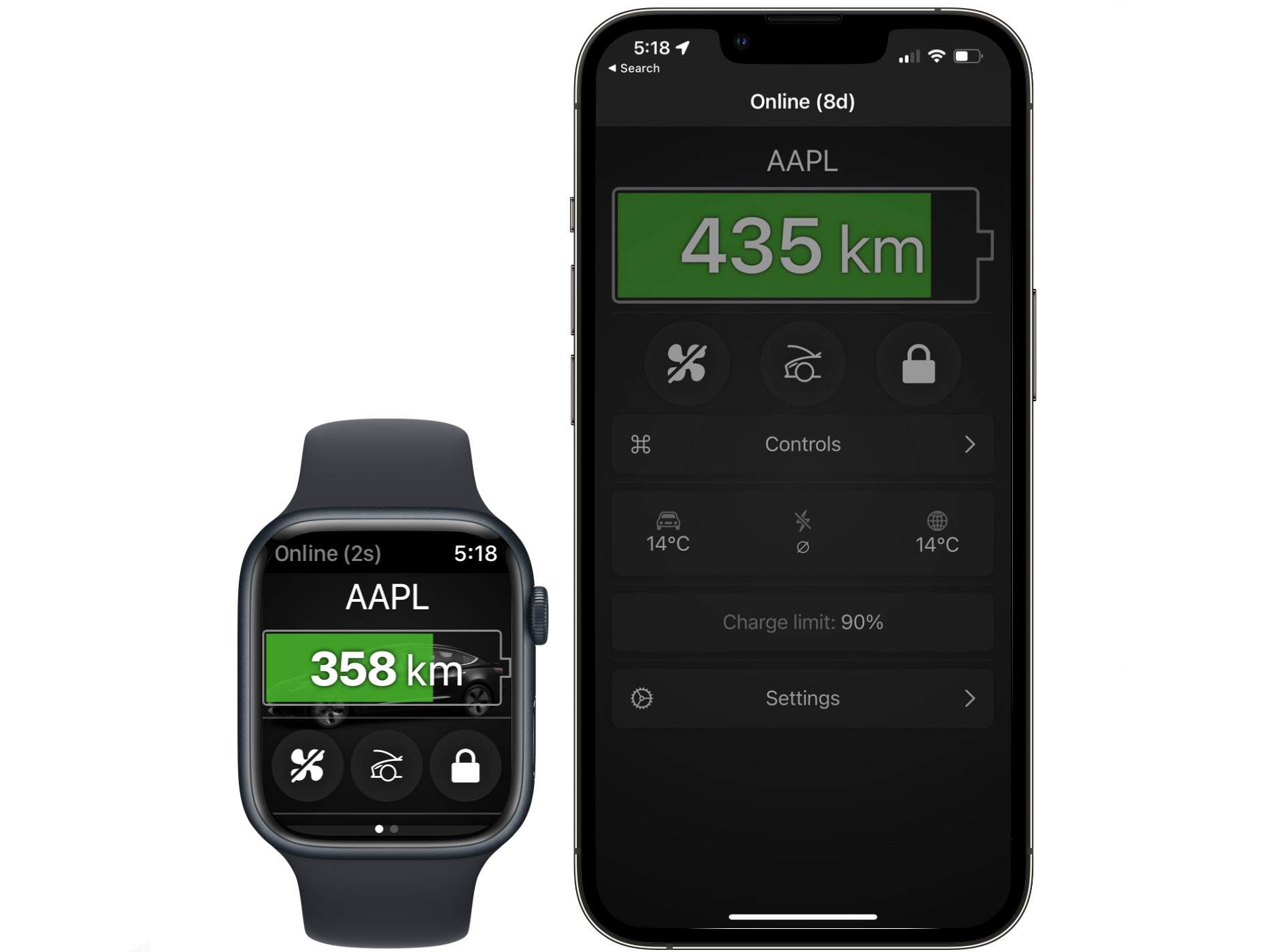 One of the best features of owning a Tesla is the connectivity with your iPhone. It feels magical to have your car lock and unlock based on how far away you are from your car. However, I often like to go for walks while charging my car, and don’t always want to take my iPhone.

Luckily, I eventually found Watch App for Tesla. For a one-time purchase of $16.99, this app allows you to sign in to your Tesla account and control many of your Tesla’s basic functions from your wrist. For example, you can lock, unlock, and check the battery percentage without your iPhone using a cellular Apple Watch.

Watch App for Tesla is also available on iPadOS, macOS, and tvOS.