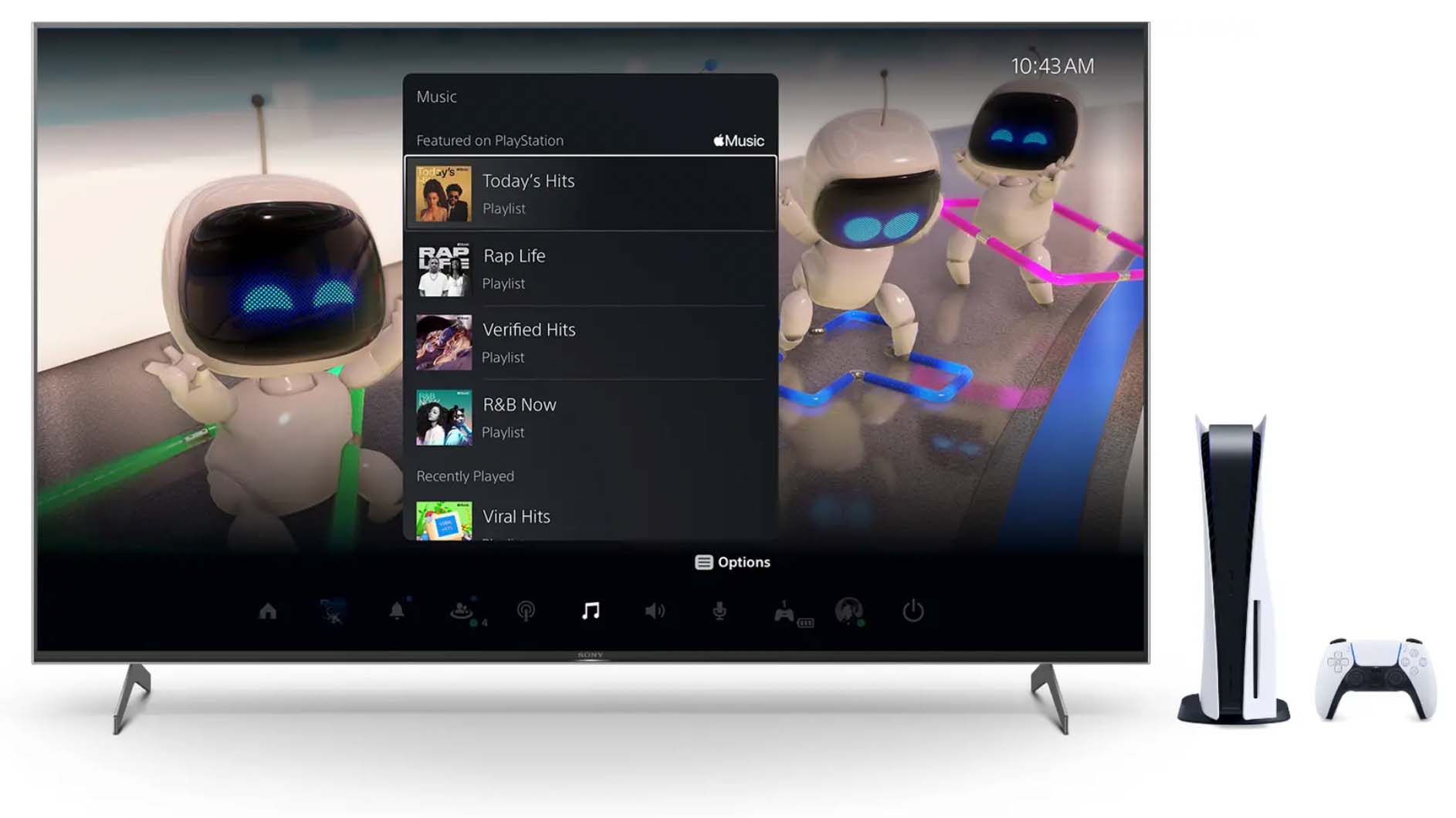 Earlier this month, some PS5 owners had noticed that the music streaming service was popping up for them, but now, Apple and PlayStation have made it official.

With an Apple Music subscription, PS5 users can access more than 90 million songs, as well as tens of thousands of curated playlists, 4K music videos and more.

Functionally, Apple Music on PS5 works just like Spotify. You can either start the Apple Music app before hopping into a game or, if you’re currently playing one, can do so by selecting the ‘Music Function’ card from the Control Center. This will let you listen to music in the background.

However, you can also find and watch music videos from the Apple Music app. Playback will begin in full screen, although it will be reduced to audio-only if you return to your game or go elsewhere on the PS5’s home screen. Returning to the music video will re-open it to continue fullscreen viewing without interruption.

The Apple Music app can be downloaded from the Media space on your PS5. From there, follow the on-screen instructions to link your Apple Music account. PlayStation says more info on this process can be found here.

An Apple Music subscription starts at $9.99 CAD/month. A membership is also included in the Apple One service bundles, which start at $15.95/month.

It’s worth noting that Apple and PlayStation have also partnered on a promotion that gives PS5 owners six months of Apple TV+ for free. Read more on that here.