The latest Lego Star Wars game is all about tower defence 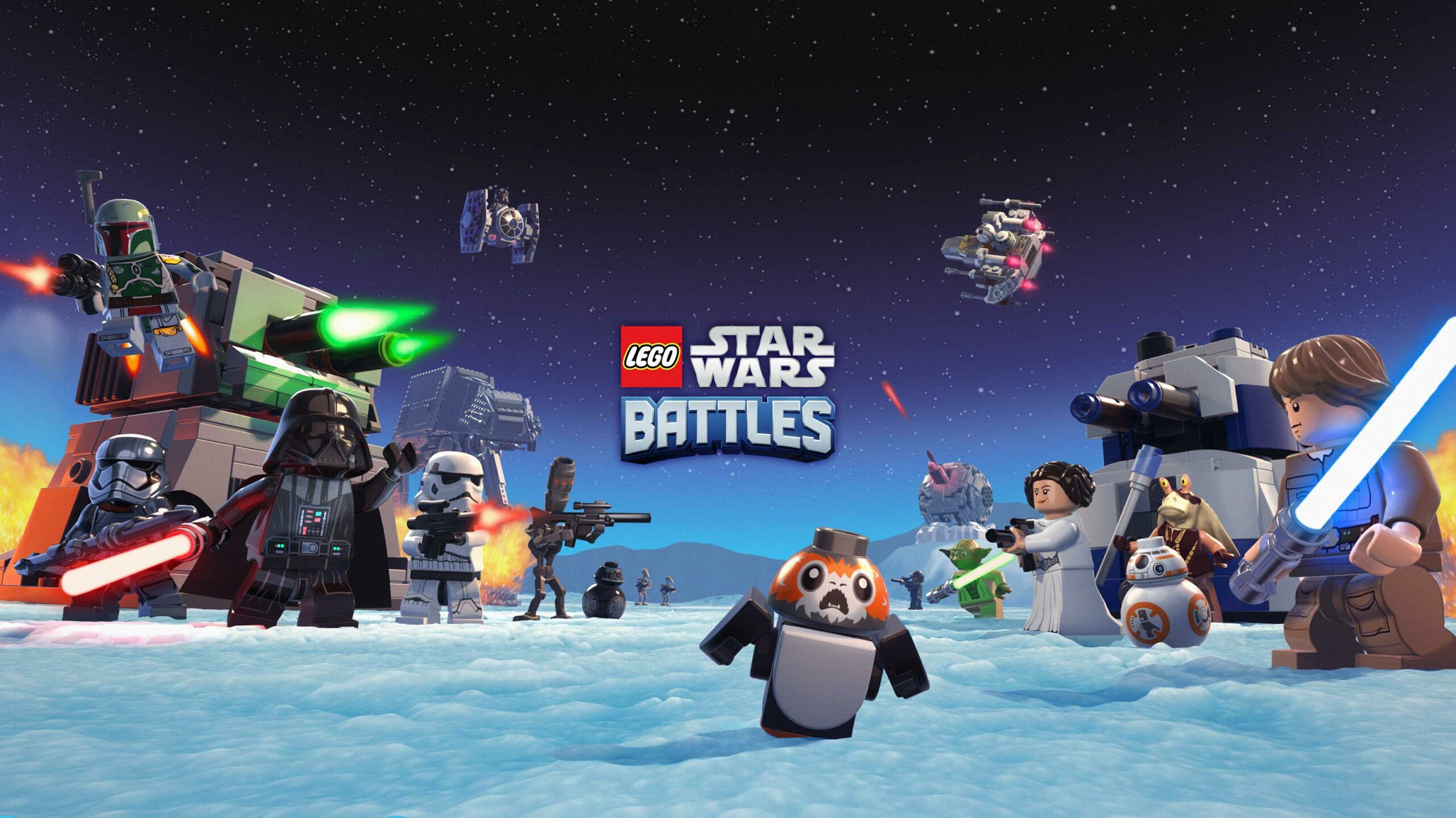 Lego Star Wars Battles pulls from iconic characters across all eras of Star Wars, from the original Lucas era to the Disney years and everything in between. The title is a PVP tower defence game where players go head-to-head and set up their own defensive and offensive lineup of troops for domination.

In many ways, Lego Star Wars Battles is structurally similar to Clash Royale or Gears POP! TT Games Brighton is using the most memorable moments in the expansive Star Wars franchise as a basis for Battles and incorporates the usual Lego game charm. 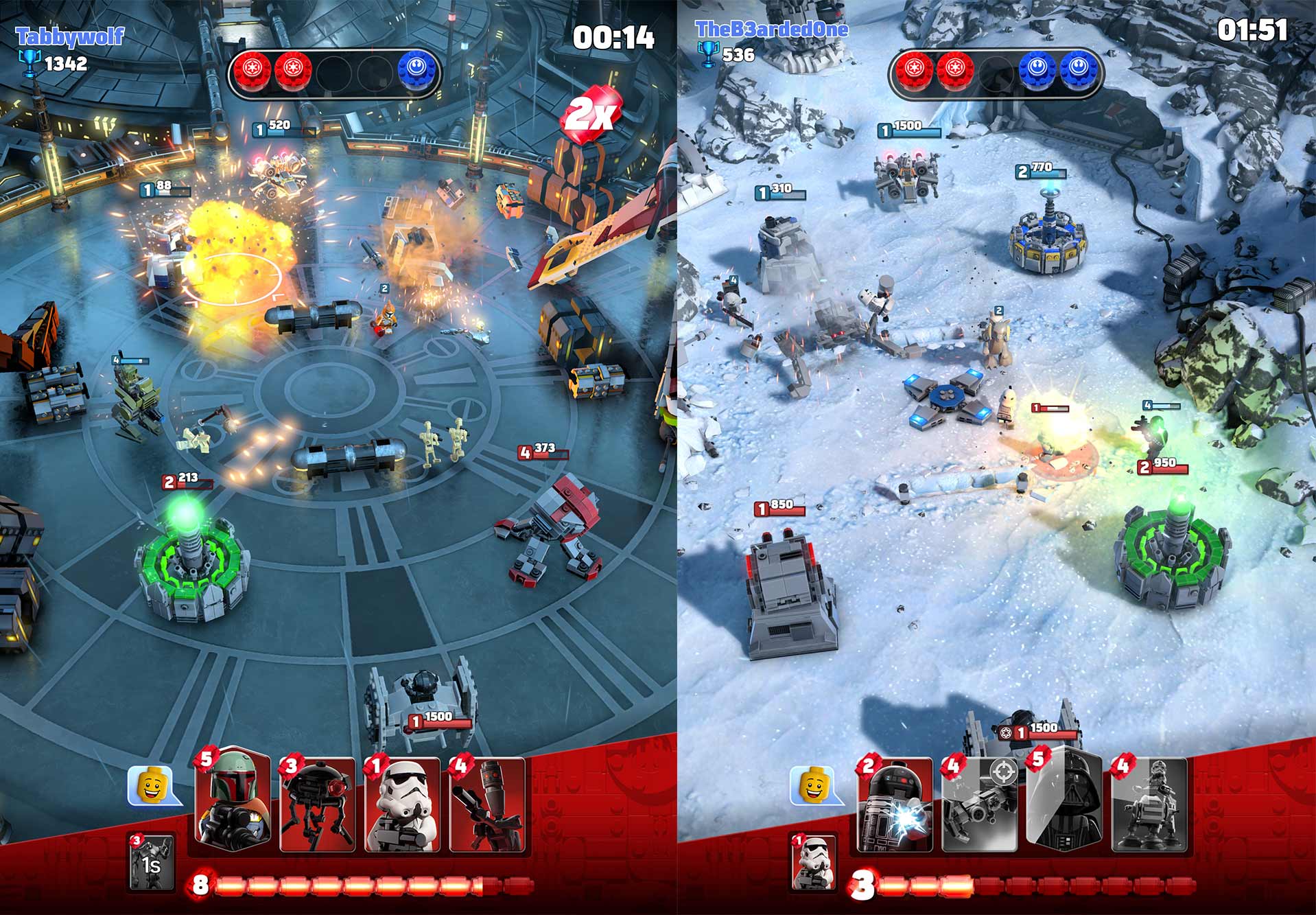 Players can build a deck of cards ranging from the main cast of characters to group troops and vehicles on both the light and dark sides. Lego Star Wars Battles encourages players to develop unique strategies in how they build their decks. Ever want to see an army of Porgs charge towards battle? Wonder what would happen if BB-8 faced off against Darth Vader? Lego Star Wars Battles let you create those moments.

Each player can choose cards from their deck and begin sending troops out to the battlefield. The objective of the game is to destroy the opponent’s towers and claim more medals in order to win. There’s a total of five medals to be awarded in each match. Earn three or more and you’ll be crowned the victor. Medals are earned by overtaking and destroying enemy towers. Each match is fast-paced and easily digestible. You can pop in for a match during some downtime or dedicate time to ranking up over a handful of matches. 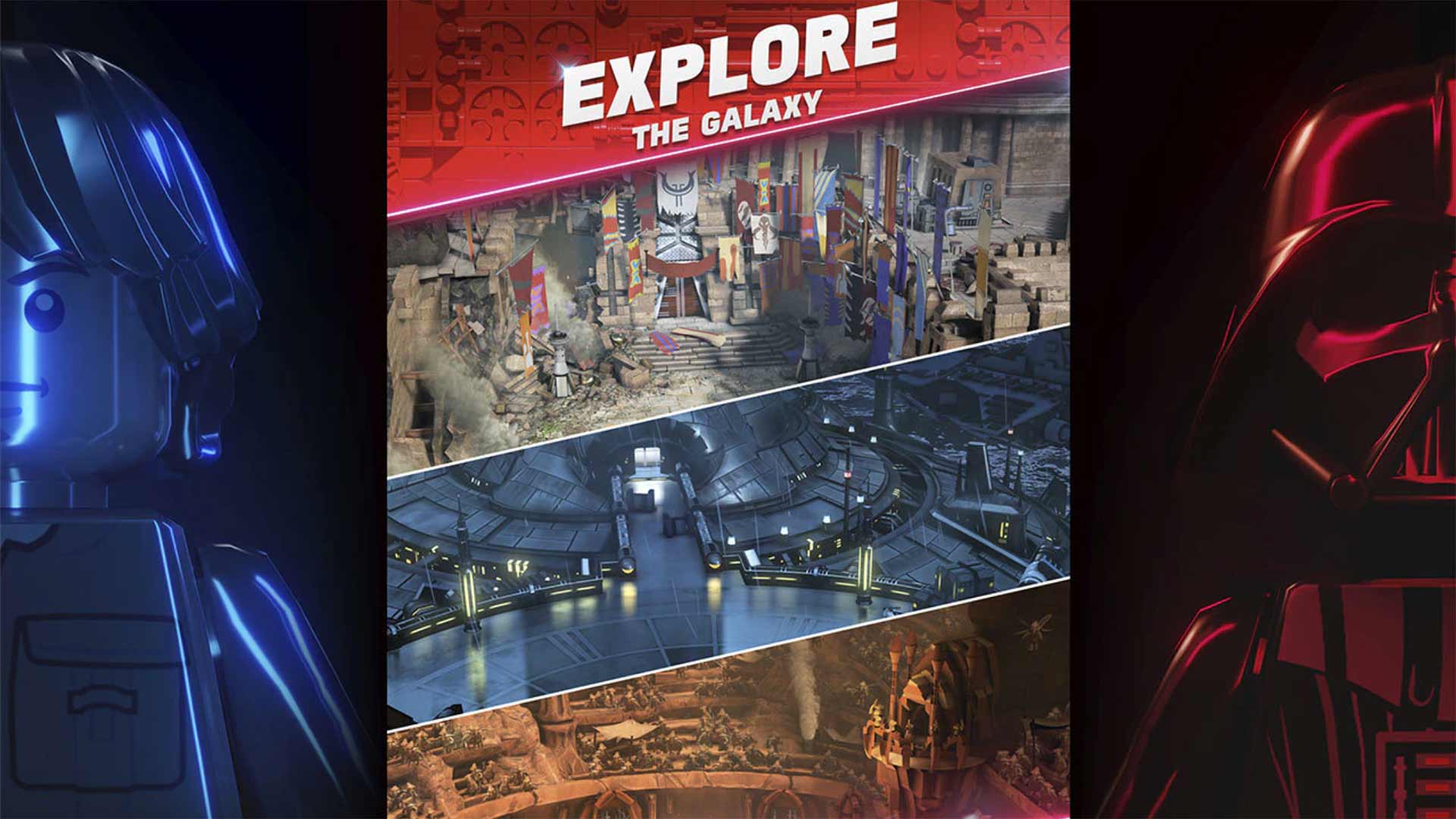 To keep things interesting and engaging for competitive players, Lego Star Wars Battles offers ways for players to grow and customize their card decks. As confirmed by TT Games Brighton, Lego Star Wars Battles does not feature any in-app purchases as it is an Apple Arcade title. Therefore, all cards can be acquired by naturally playing the game and using in-game currency.

Lego Star Wars Battles offers a vast selection of new cards that players can purchase using gems earned by competing in matches. You’ll be able to acquire iconic characters such as Leia, Boba Fett, stormtroopers, and vehicles like the Millenium Falcon. In the Card Shop, players can find a rotating selection of cards to add to their deck that are purchasable using gems.

Additionally, there are incentives baked into the game to encourage players to return on a frequent basis. Lego Star Wars Battles offers daily free cards you can claim by playing the game. Champions (ie: Luke, Darth Vader, etc.) can be purchased using Champion tokens, which are earned through monthly events. 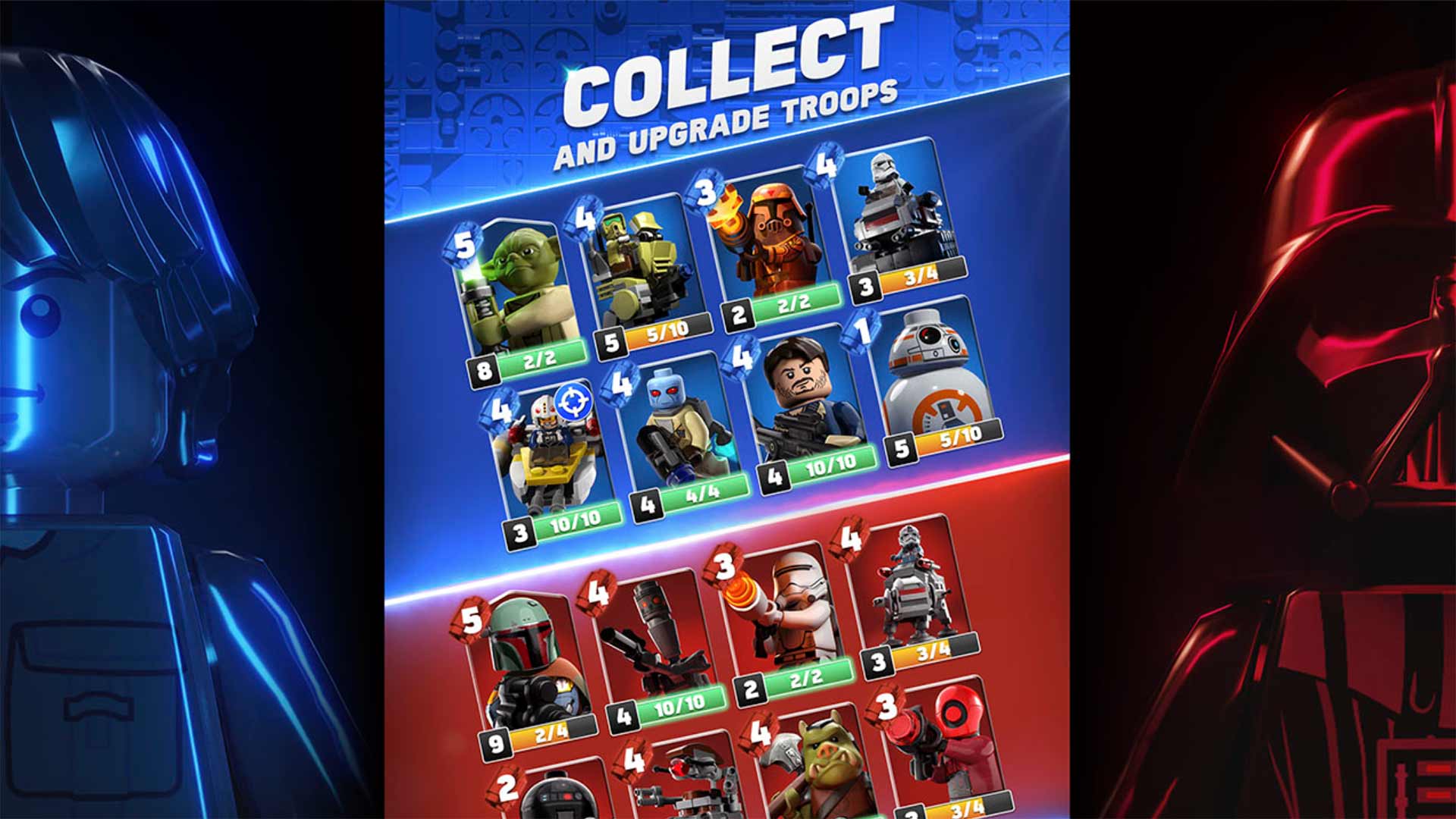 On top of the standard PVP battle modes, Lego Star Wars Battles features three to four events each week to participate in. One event showcased by TT Games Brighton has troops placed in your territory who move and shoot twice as fast. The events will change throughout each season.

Like many games, especially those with a competitive twist, Lego Star Wars Battles features progressional seasons, where players can rank up and unlock prizes by completing challenges. Where the initial progression system is tied to unlocking the various planets, the season pass system is where the bulk of the progression is tied to. Lego Star Wars Battles will introduce a new season each month with new prizes to unlock.