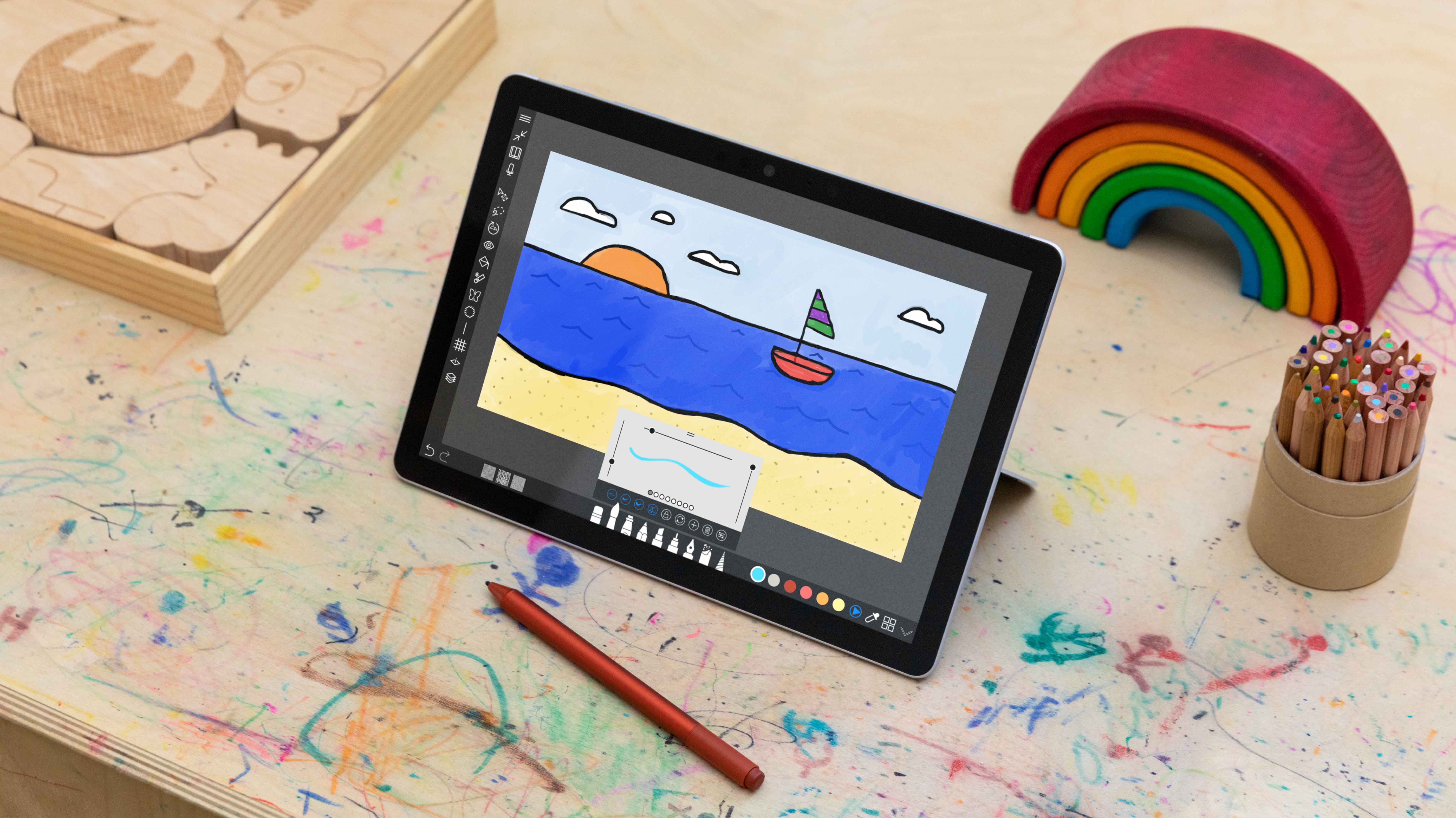 The Surface Go 3 is one of several new products released at Microsoft’s September Surface event — but you might not have noticed just from looking at it.

That’s because, from the outside, there’s not much difference between Microsoft’s new Surface Go 3 and last year’s addition to its 2-in-1 laptop-tablet hybrid series, i.e. the Surface Go 2.

In fact, the two devices are nearly identical in terms of physical specs: the Surface Go 3, like the Surface Go 2, features a 10.5-inch, 1920 x 1280 pixel resolution, 3:2 aspect ratio display housed in a platinum-coloured magnesium body with a kickstand — there’s no rainbow palette of options to choose from here, unfortunately.

Despite being marketed as its “most portable Surface PC yet,” the device also seems to have the same dimensions and weight as last year’s Surface Go 2, measuring in at 9.65 inches x 6.9 inches x 0.33 inches and 1.2 lbs.

The differences lie within the device, though the improvements here are still incremental. 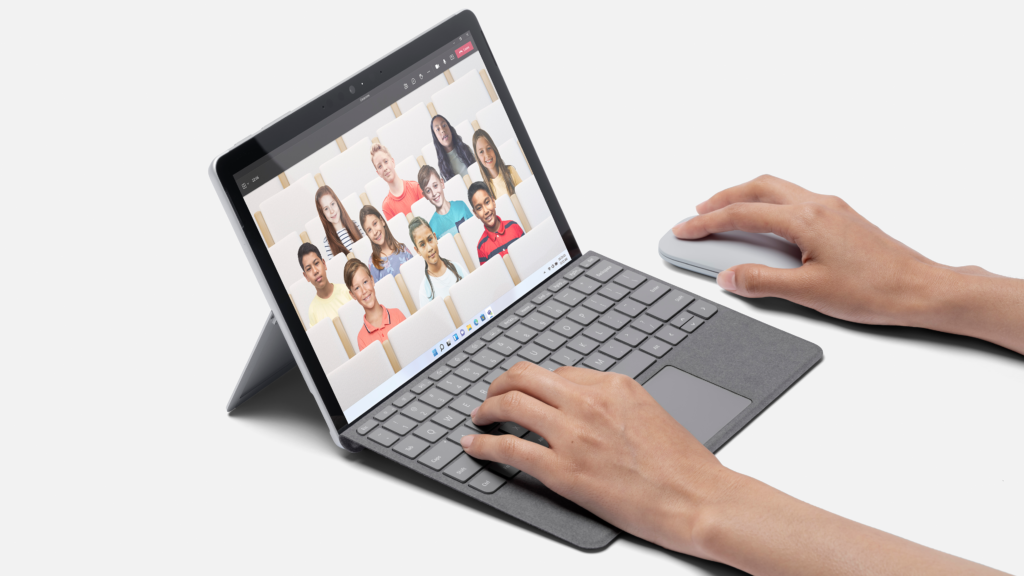 For instance, the Surface Go 3 gets a CPU boost, via a dual-core Intel Pentium Gold 6500Y processor or quad-core 10th Gen Intel Core i3-10100Y processor with 4 or 8GB of RAM.

During the Surface event, Microsoft claimed these upgrades make the device run 60 percent faster than before.

It also boasts an extra hour of battery life over last year’s model — 11 hours, bumped up from 10 hours — and features built-in eSIM technology.

And, of course, this new model runs on Windows 11, rather than Windows 10. 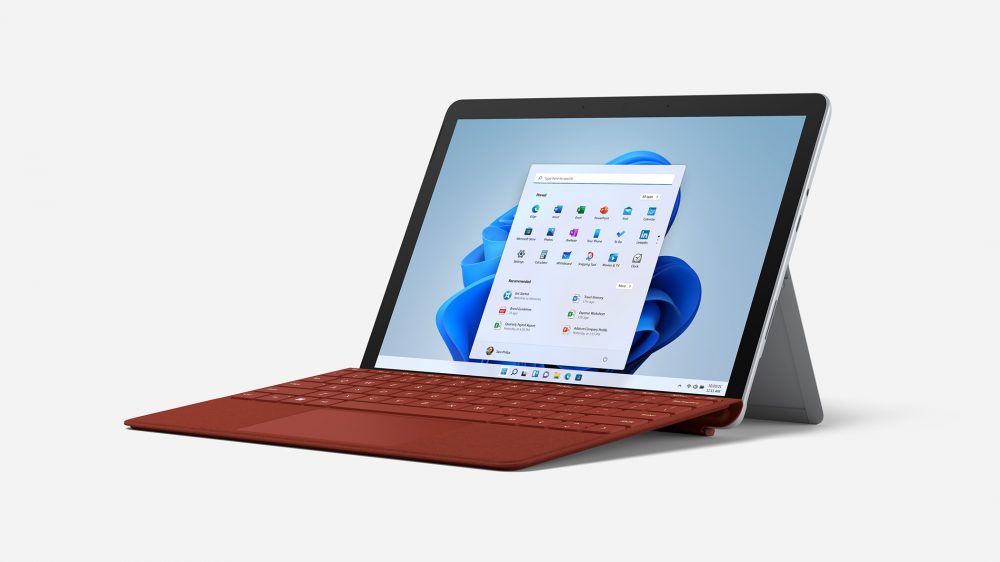 It’s also fully compatible with the Surface Pen, though the pen — and protective Type Cover — are sold separately.

Click here to learn more about the full line of products revealed at the 2021 Microsoft Surface event.