It doesn't really keep my notoriously sweaty palms dry, but I appreciate the breeze 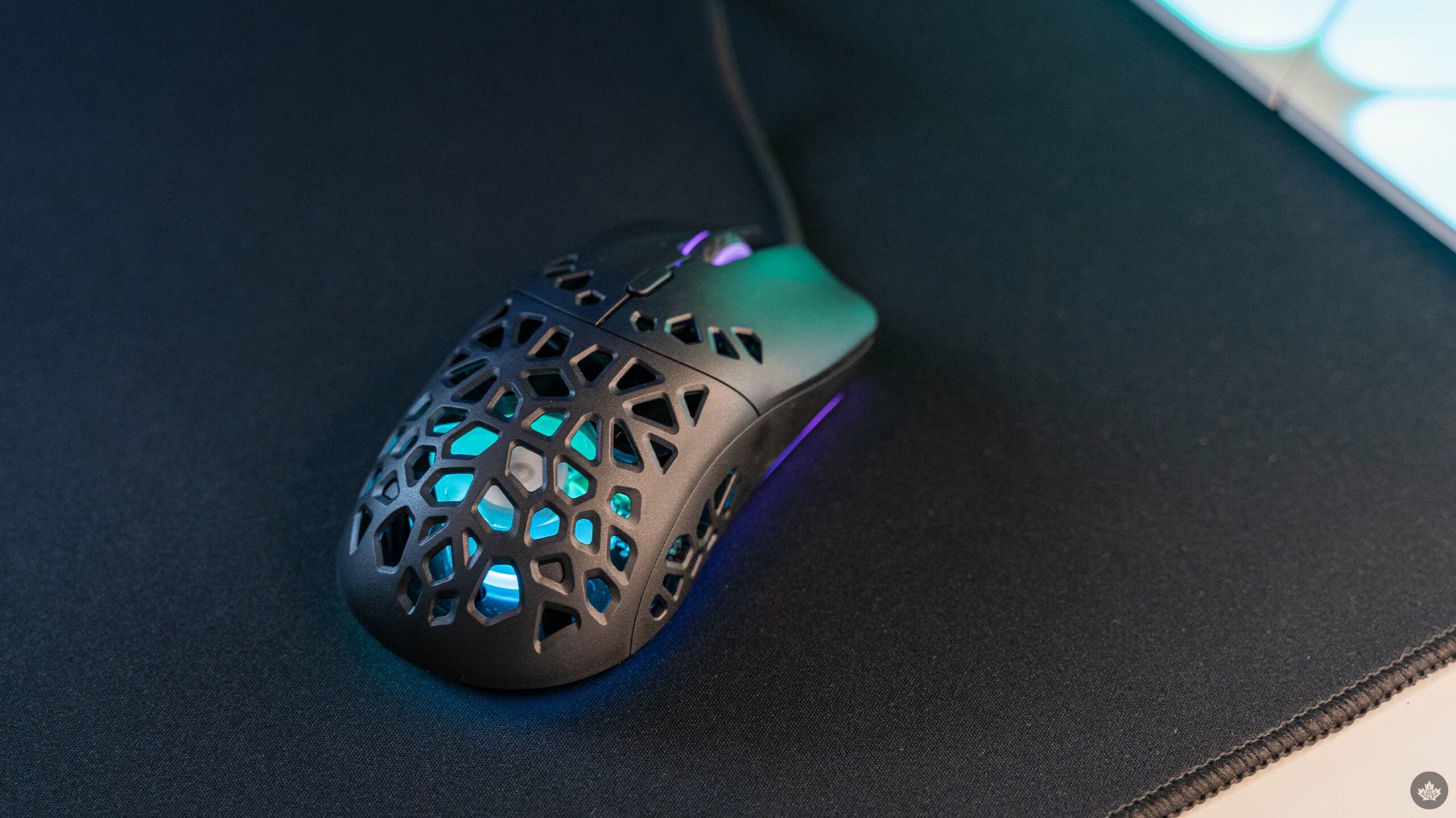 Recently, I’ve tried out several computer mice. As good as they were, none of them had that one, crucial game-breaking feature I needed: a fan.

When Marsback reached out to me about this revolutionary new computer mouse, I knew I had to try it out. My notoriously sweaty palms have moistened every mouse I’ve ever used. I thought — hoped — the Zephyr Pro would be different. And, jokes aside, it actually was kinda nice to have a fan blowing air on my palm while gaming. 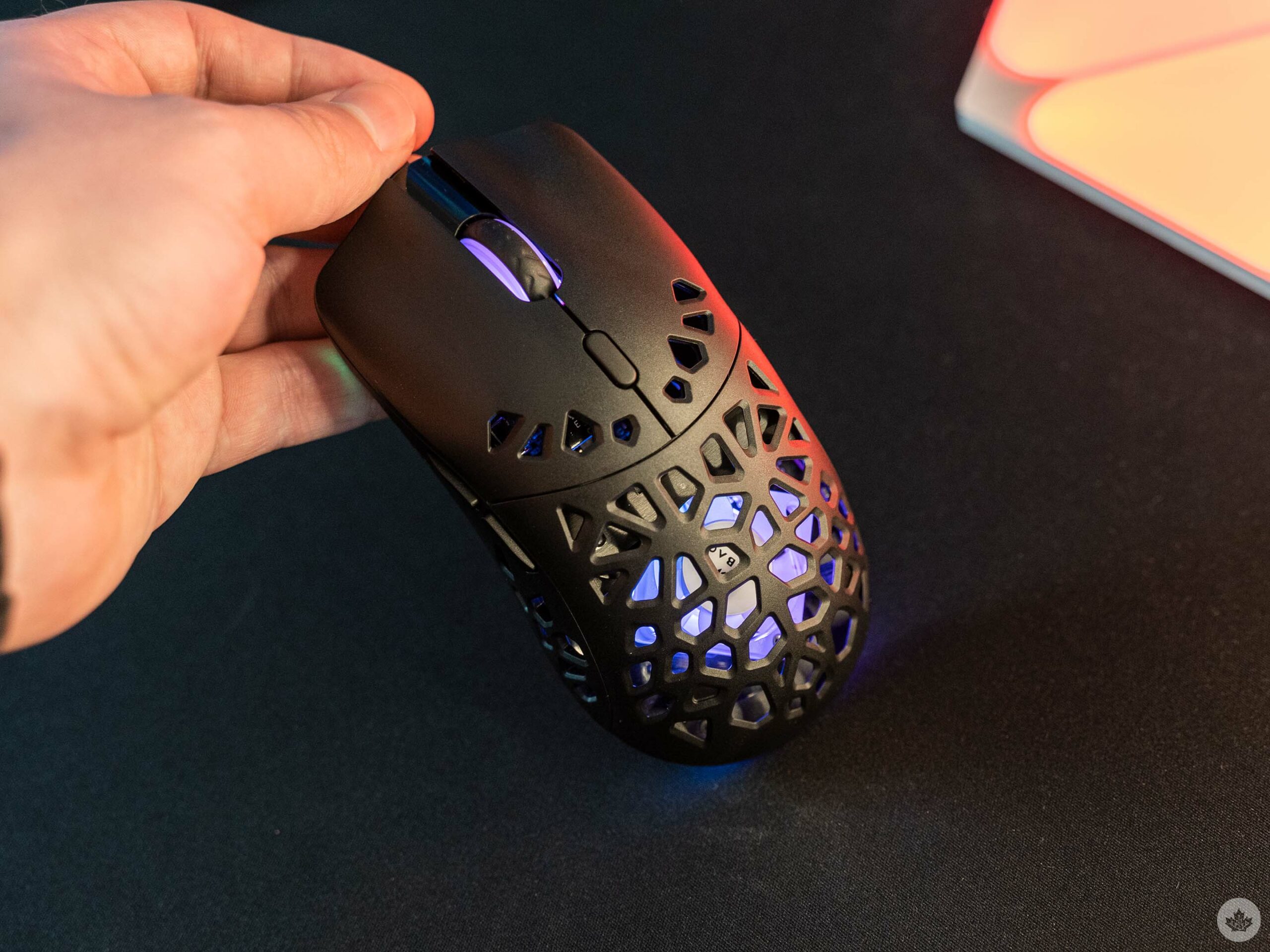 But, it didn’t really stop the sweat. Maybe my hands were a little less damp than with a fanless mouse, but they certainly weren’t dry. When I first started testing the Zephyr Pro, I was impressed by how quiet it was with the fan running. However, after a few days of use, the fan started to emit a bit of noise – it wasn’t super loud, but it could get annoying after a while. It could also feel a slight vibration in the mouse at times. Alone, these aren’t huge problems, but they do raise some concerns around durability and longevity.

Fan aside, the Zephyr Pro is also a pretty decent mouse. It has nice RGB lighting courtesy of a light strip around the bottom of the mouse. The mouse wheel also lights up and there’s a small RGB light pad beneath the fan that makes the inside of the Zephyr Pro glow too. 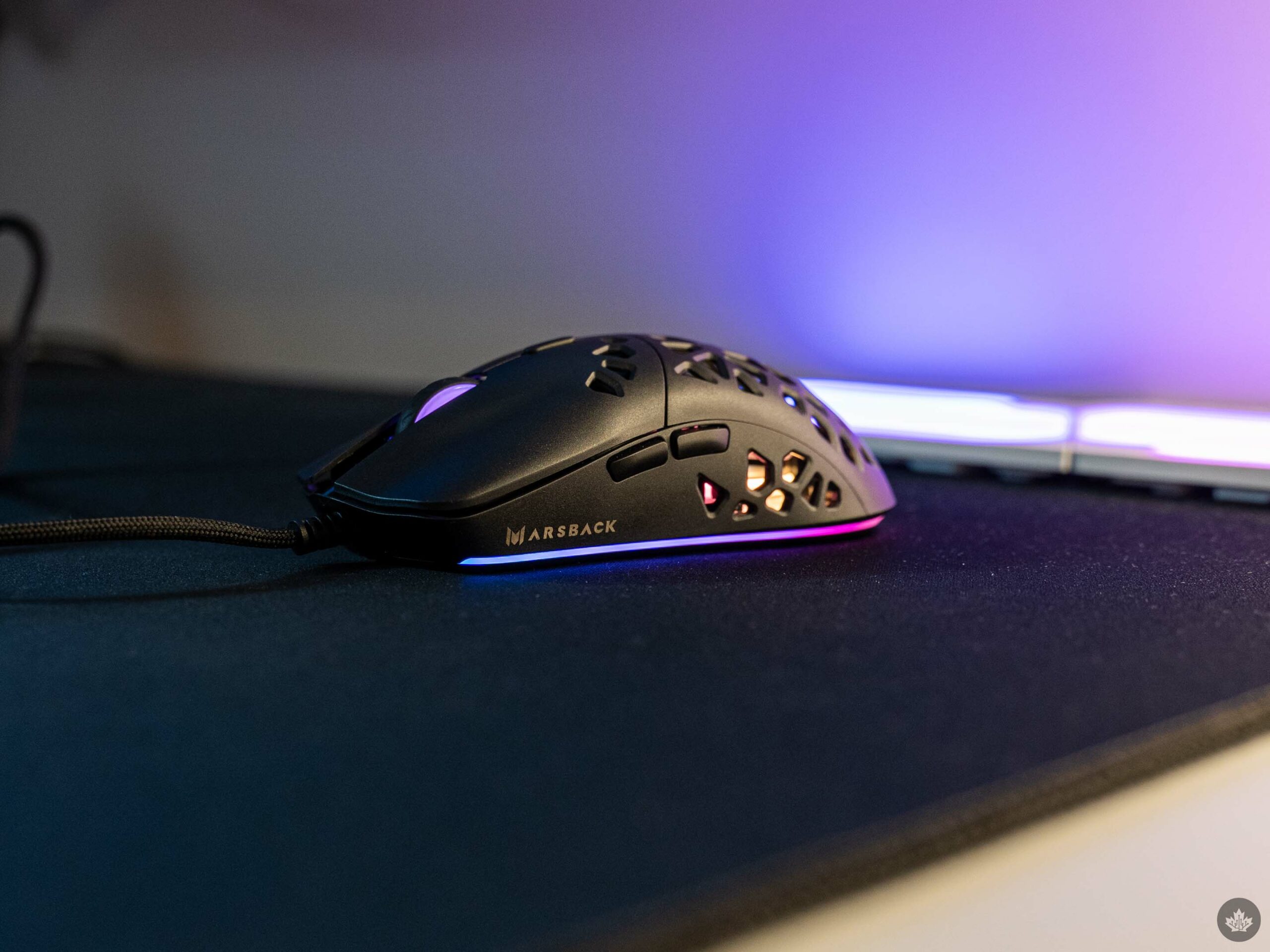 Along with dope RGB, the Zephyr Pro offers your standard assortment of mouse goodies. There are thumb buttons on the side, a clickable scroll wheel, a button for cycling through DPI settings and a fabric cable instead of rubber.

On the bottom are two PTFE footpads for a smooth glide and two buttons flanking the sensor: one for adjusting the lighting and the other for the fan. The lighting button lets you toggle different light patterns or turn off lights entirely. The fan button, unfortunately, doesn’t change the fan speed. Pressing and holding the button will turn off the fan.

In my time using the mouse, buttons were wonderfully clicky and it was comfortable. The Zephyr Pro is a tad heavier than the Cooler Master mouse I tested before, but at 69g, the Zephyr Pro is still rather light. 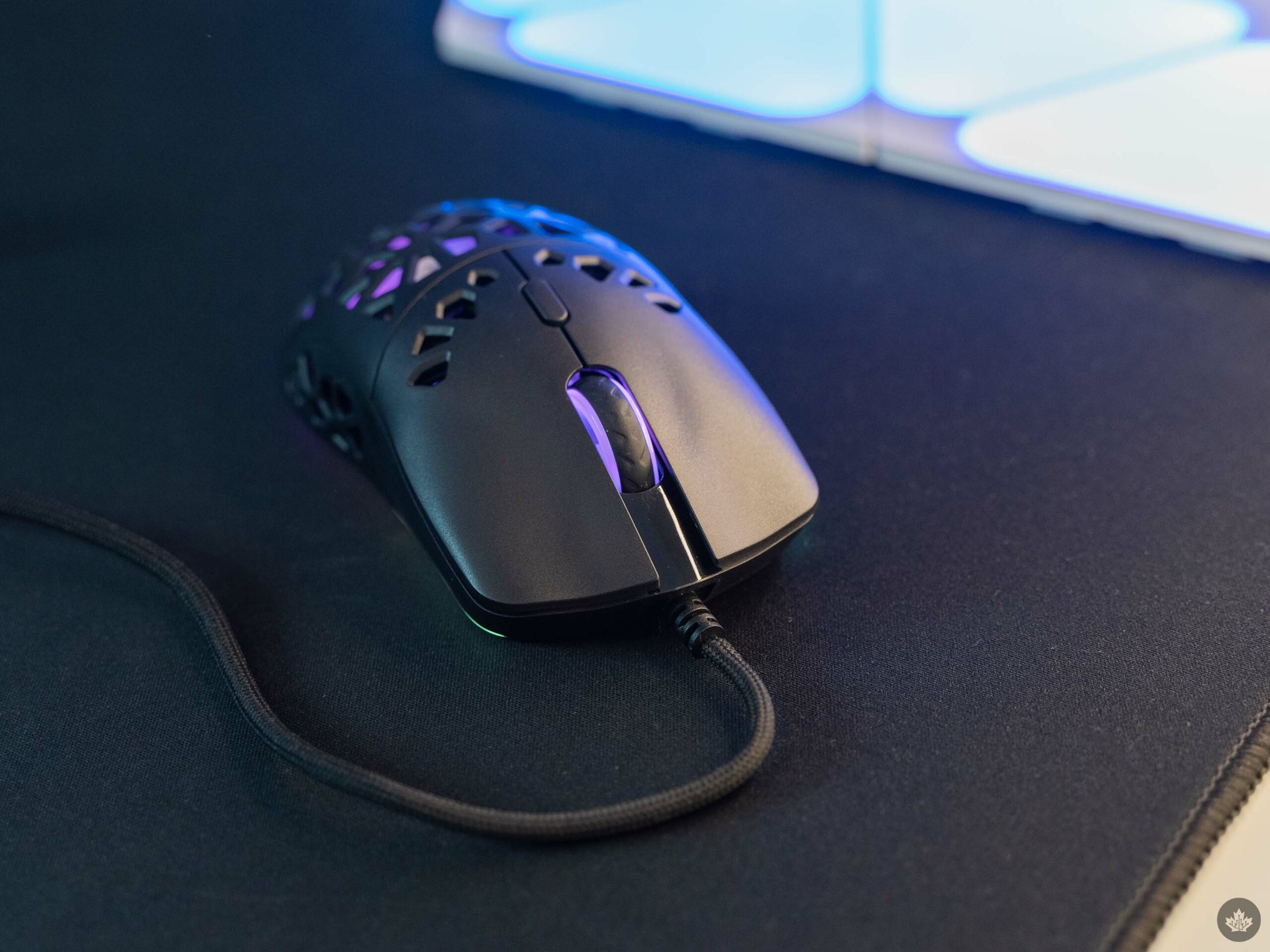 Unfortunately, the Zephyr Pro wasn’t quite as impressive on the software side. The Marsback driver software does include most of your standard options, such as DPI tuning, polling rate and options for changing the lighting. But overall, the software didn’t look or feel particularly polished. However, once I set up my settings, I was largely able to ignore it.

Overall, I like the Zephyr Pro, but I’m not sure it makes sense for everyone. If you have sweaty palms like me, it’s a decent mouse that will keep your hand cool with the fan, but it definitely doesn’t solve the sweat problem. Beyond the fan, the Zephyr Pro doesn’t offer anything beyond what most mice do. 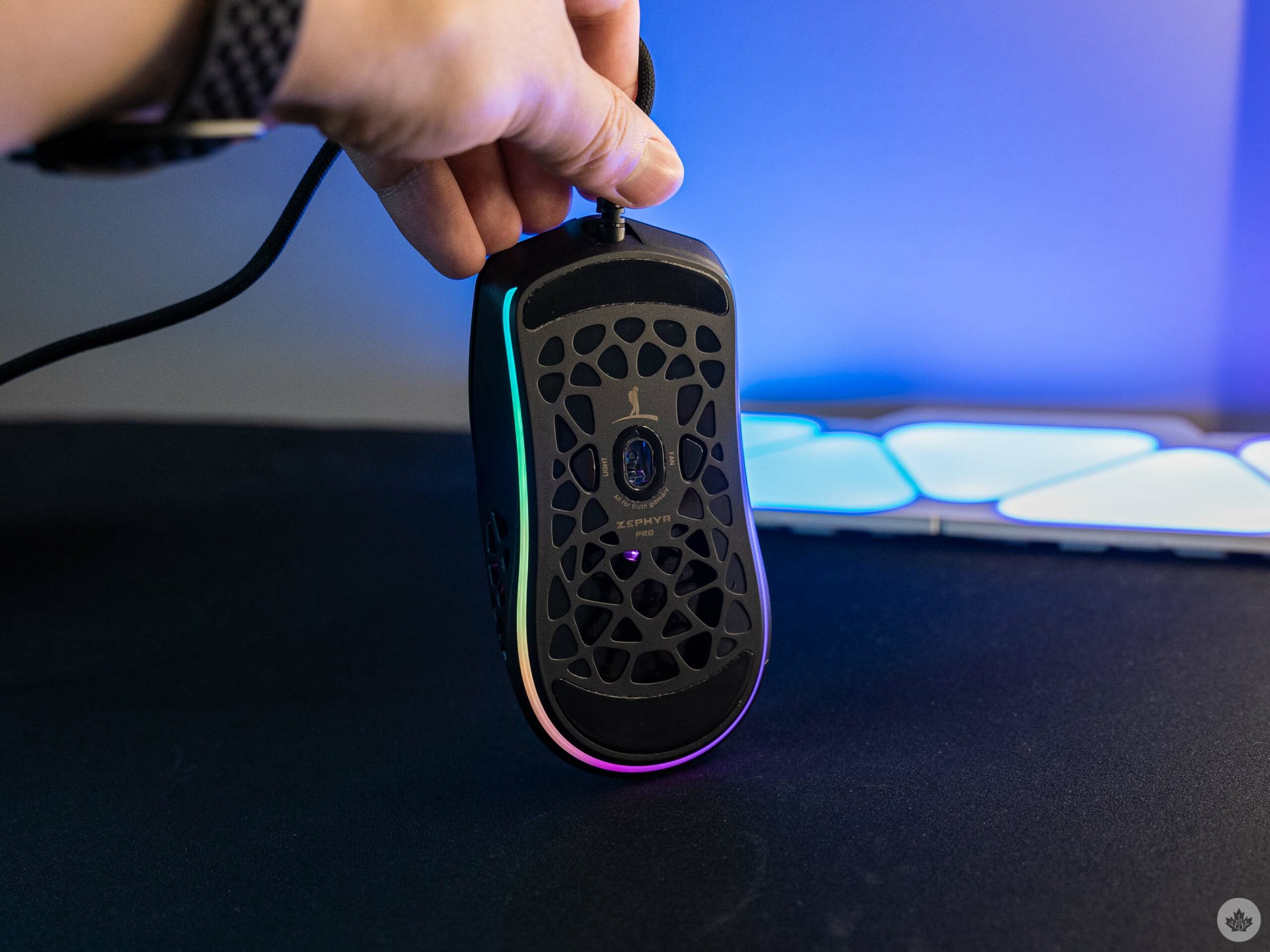 What makes the Zephyr Pro a bit tougher of a sell for Canadians is that it’s not available from any Canadian retailers. You won’t find it at Amazon, Best Buy or Canada Computers. While you can order it from the Marsback website, you’ll pay USD, which makes the mouse a little more expensive. Currently, Marsback has it on sale for $59 USD (about $74.57 CAD) which is okay, but a bit steep just to get a basic gaming mouse with a fan.

However, Marsback lists the normal price as $99 USD (about $125.13 CAD), which is quite a bit more. If you really like the idea of having a mouse with a fan, I’d say try and grab the Zephyr Pro while it’s still on sale (Marsback indicated to me the sale would stick around until the end of September). For those who don’t stan the fan, you’re probably better off saving your money and getting something else.