Cooler Master’s MM720 mouse is great — the SK653 keyboard, not so much

For a little over $60, the MM720 is comfortable and works great 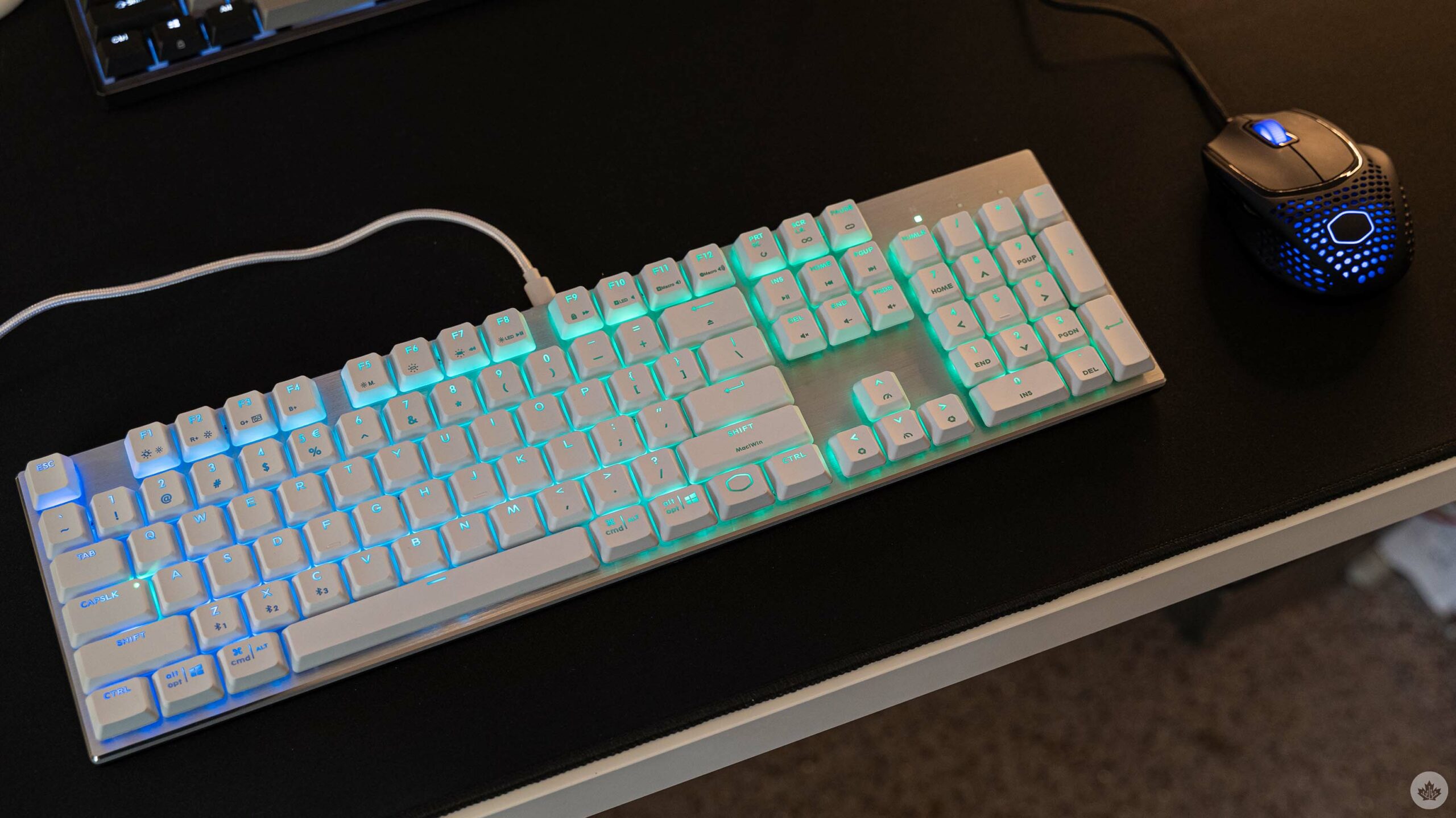 Cooler Master, which makes accessories and parts for computers, recently asked me to check out its new MM720 mouse and SK653 keyboard.

Being a massive keyboard nerd, I leapt at the chance.

However, after spending a couple of weeks with both, I’m much more impressed by the mouse than the keyboard. In short, the mouse surprised me with its comfortable — if a tad strange — shape, while the SK653 keyboard has been an exercise in frustration. 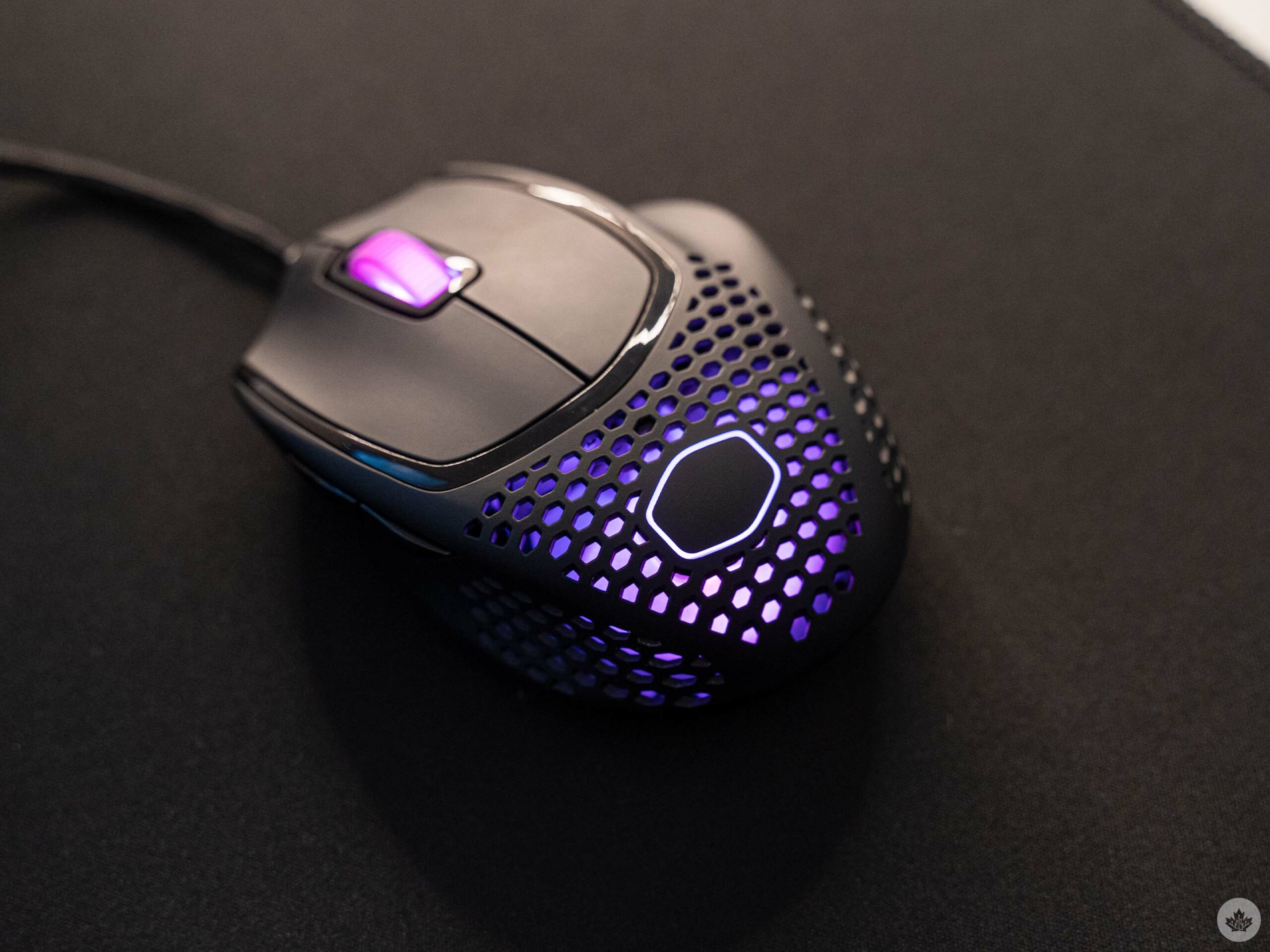 Let’s start with the MM720. Sure, the name is clunky, but it’s about the only issue I’ve had with it. The MM720 is quite light, weighing in at just 49g. It boasts an open, honeycomb design that lets the brilliant RGB lighting shine through. I tested the ‘Matte Black’ colour option, but the mouse also comes in a glossy black and matte or glossy white.

The mouse offers a range of DPI options, from 400 to 16,000. Users can customize the DPI and other options like lighting in the accompanying Cooler Master software. Thankfully, the software is very much ‘set and forget’ — I haven’t touched it after adjusting the MM720 settings to my liking.

Other niceties include a woven cable and onboard memory to save your settings. If you’re getting a wired mouse these days, I’d say a woven capable is a necessity — woven cables are just so much better than rubber. 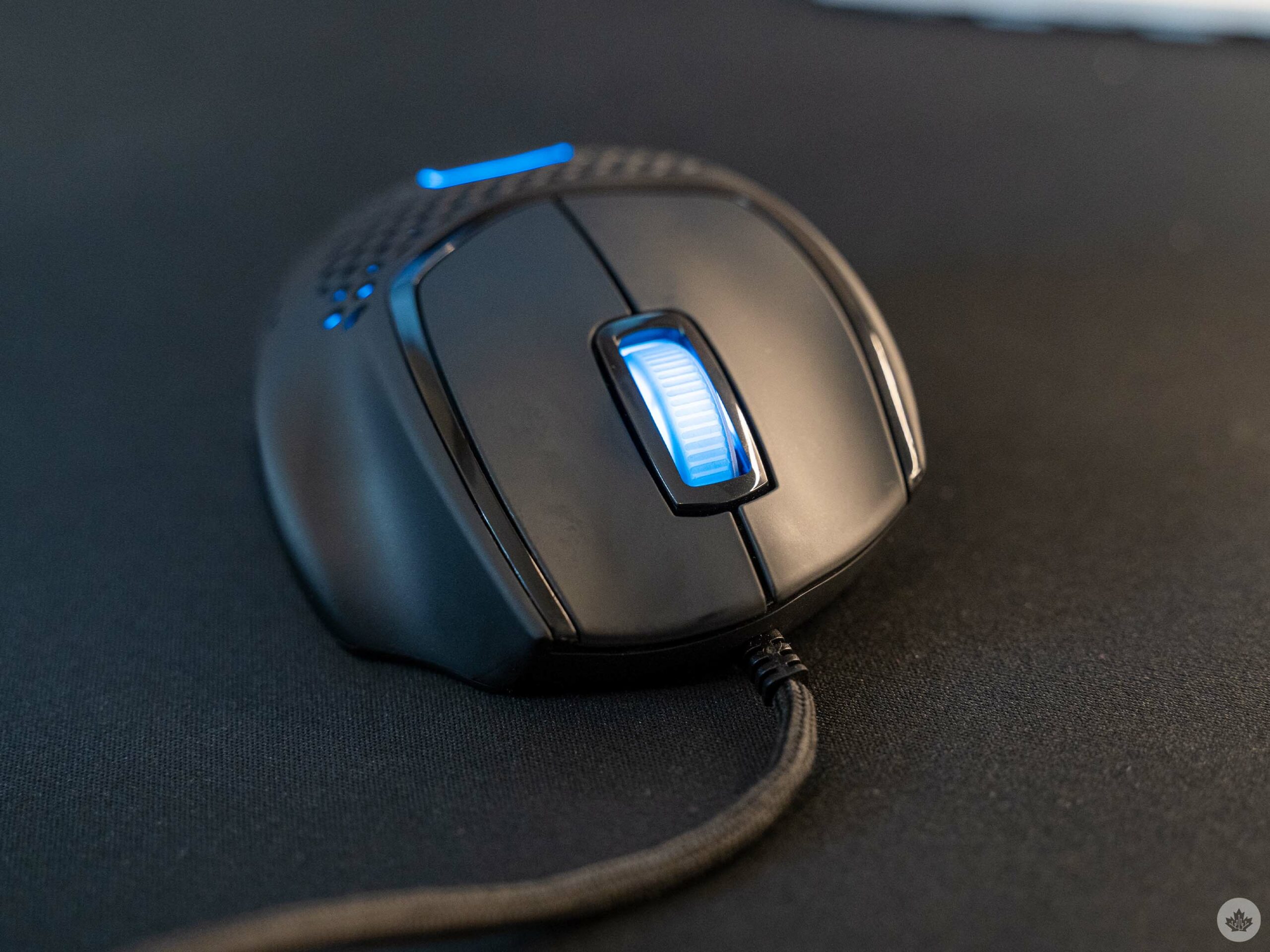 The MM720 also sports a unique ergonomic design. It felt peculiar at first, but the shape has grown on me a lot, and I’m not sure I’d swap back to a different mouse. I love the indent on the side for my thumb (which also features two extra buttons) and the other side of the MM720 sports spot to rest my ring finger. It feels great, although the mouse is very much designed for right-handed people, unfortunately.

Overall, I’d say the Cooler Master MM720 is a great option if you’re looking for a comfortable wired mouse that doesn’t break the bank. I could only find it on Amazon in Canada with a price of $62.93. 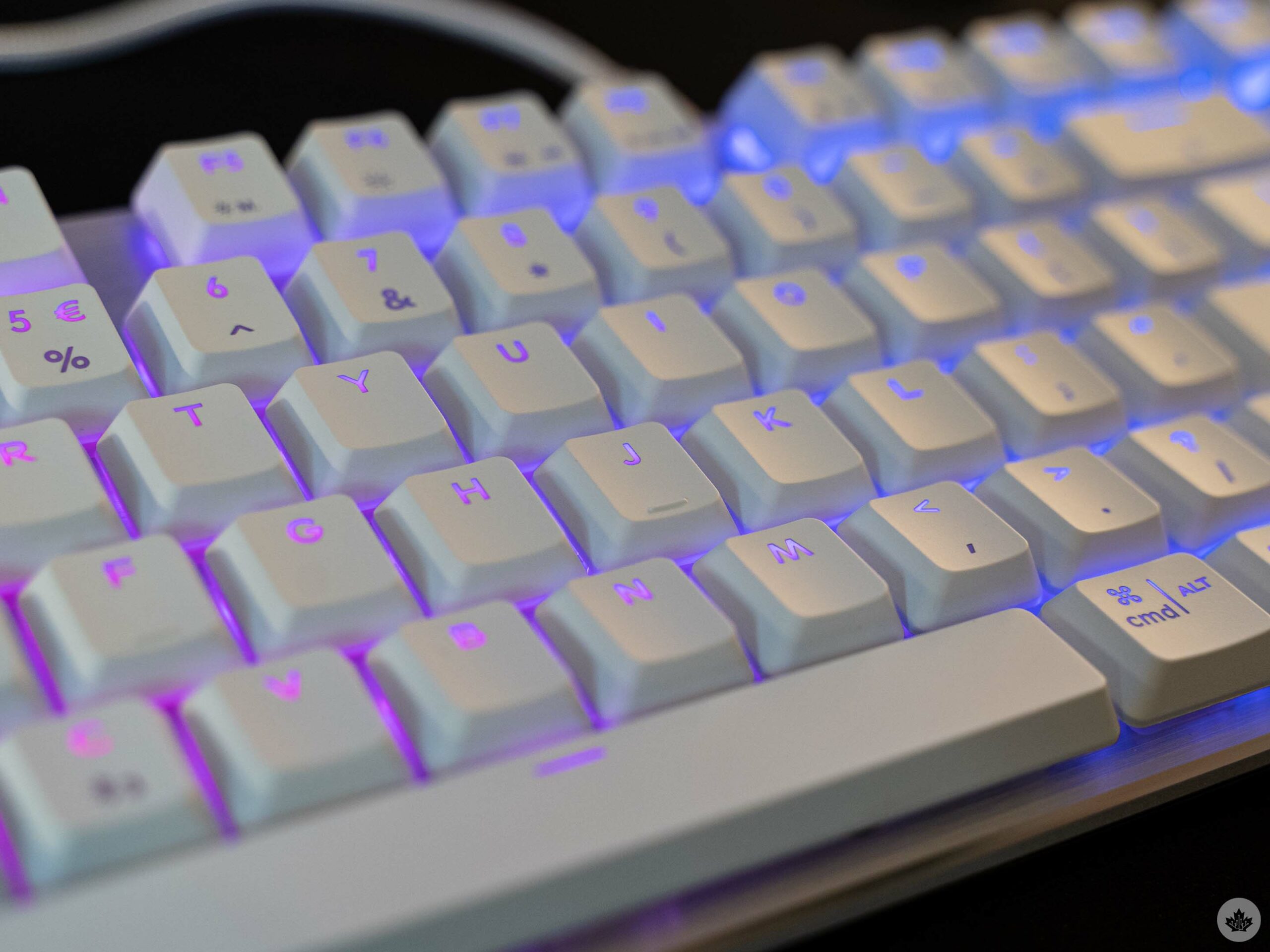 I really wanted to like Cooler Master’s SK653 keyboard. Out of the box, it had a lot going for it — RGB backlighting, a numpad, support for both Windows and Mac, a nice low-profile design with mechanical switches. Unfortunately, the SK653 was a significant disappointment.

When I first pulled out the keyboard, my biggest concern was the low-profile TTC mechanical switches. To be clear, I’m not a Cherry MX elitist, but I am wary of switches from brands I haven’t heard of before. It turns out my concern was largely misplaced — I actually really like the typing experience on the SK653. The TTC Blue switches on the board I tested had that wonderful tactile feeling and the nice loud ‘clack’ you’d expect from blue switches. Thanks to the low profile, there wasn’t as much travel as you’d typically get with a mechanical board, but that was fine by me. Typing was actually pretty great, at least when I focused on the switches.

What really grated on my nerves when using the SK653 was that it wobbled. The board was, unfortunately, ever so slightly warped. It made using it pretty frustrating since it would shift slightly depending on where I typed. Granted, this could easily be a one-off issue, but this really isn’t acceptable for a board that costs almost $200.

Worse than the wobble, the keyboard emits an annoying, high-pitched whine when plugged in. I tried the SK653 across multiple laptops and my desktop computer, with the same whine no matter what. 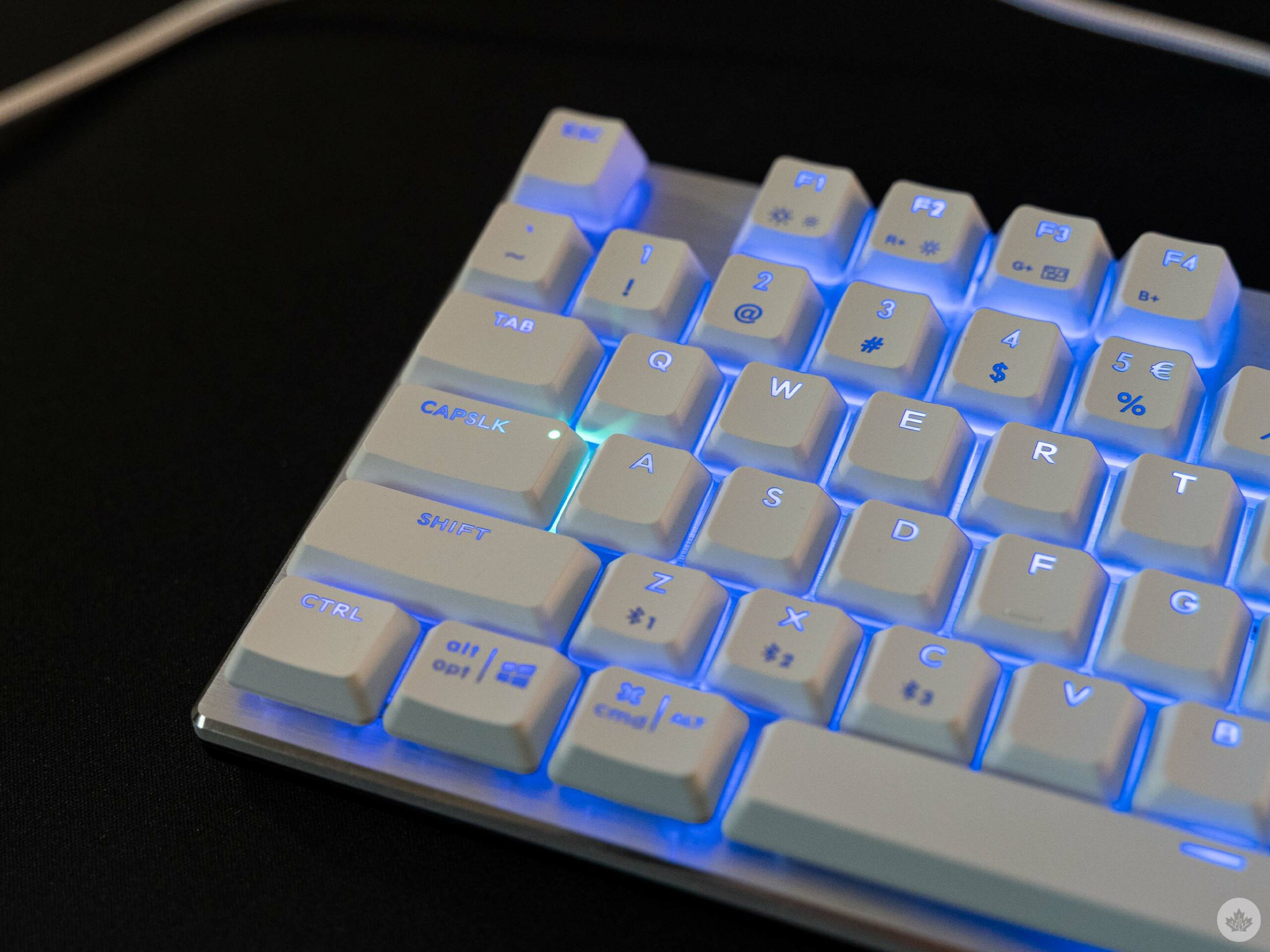 Believe it or not, CapsLock is off.

The whine appears to be related to the RGB lighting — when you turn off the backlight, the keyboard stops making noise. I’m not sure why using the lighting caused it to whine like that, but I wouldn’t recommend buying the SK653 unless you won’t use the RGB. At which point, why even buy a keyboard with RGB? Save yourself some money.

Also, the keyboard has two indicator lights for the CapsLock key, one on the key itself and one above the numpad. The one in the key stays on all the time regardless if CapsLock is on.

All that considered, I’d advise against the SK653. It has potential, but the unit I tested had far too many issues for me to recommend. It’d be a tough recommendation at $189.93, even if it worked flawlessly in my testing.