It's worth noting that many current cameras require a video speed class rating of at least V60 to V90 in order to capture high-resolution 4K video -- Samsung's new cards only offer a maximum of V30. 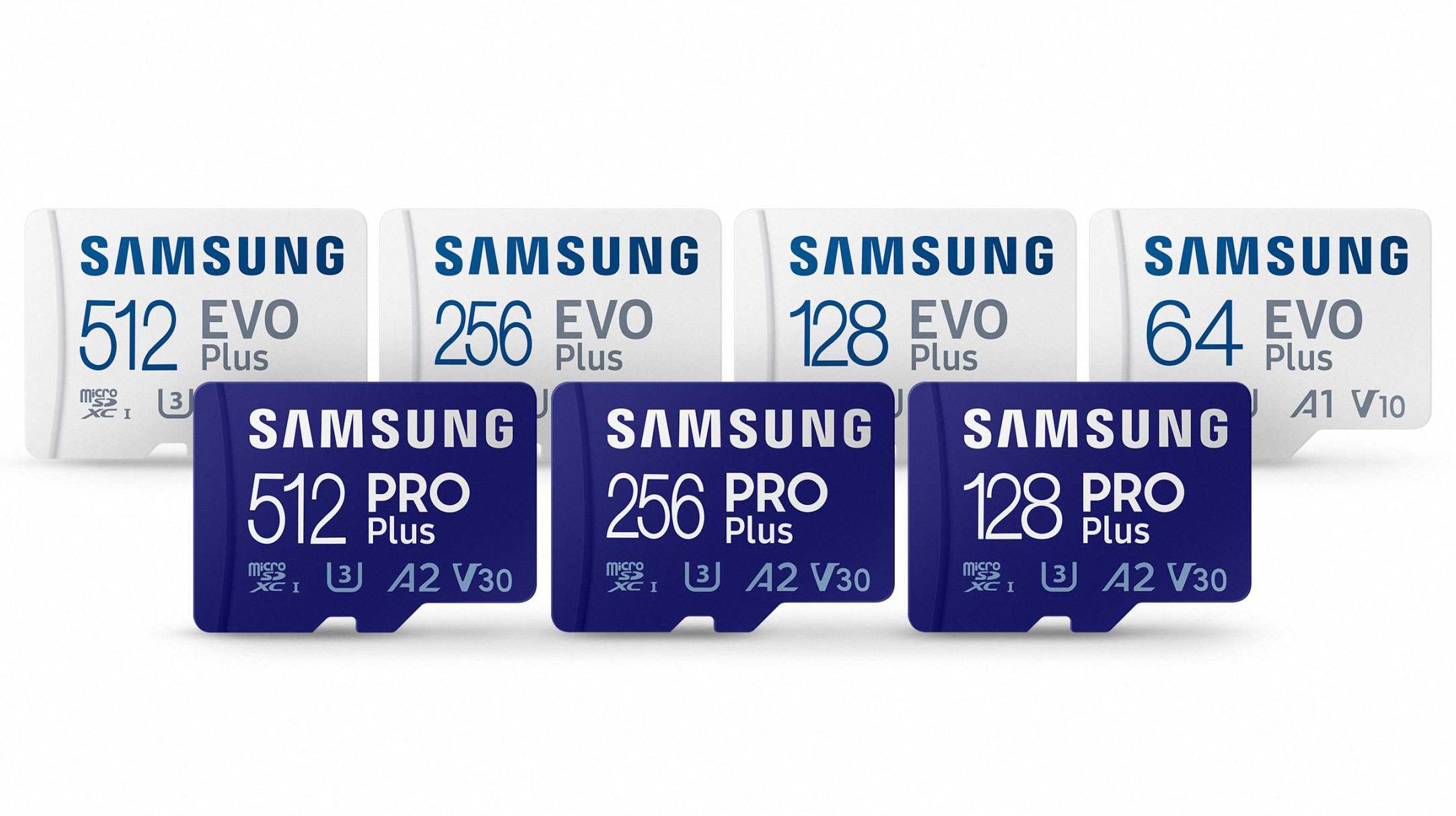 The new Pro PLUS and EVO Plus microSD and SD memory cards are aimed squarely at professionals, content creators and day-to-day users.

According to Samsung, the new microSD cards are perfect for expanding mobile device capacity and capturing high-quality photos, 4K Ultra HD (UHD) video, and other content on cameras and drones.

The new cards have quicker read and write times over the company’s previous cards, allowing for smoother recording when filming in 4K UHD and Full HD (FHD). As stated in Samsung’s news release, the Pro Plus and EVO Plus cards offer read and write speeds of up to 160MB/s and 130MB/s, respectively. 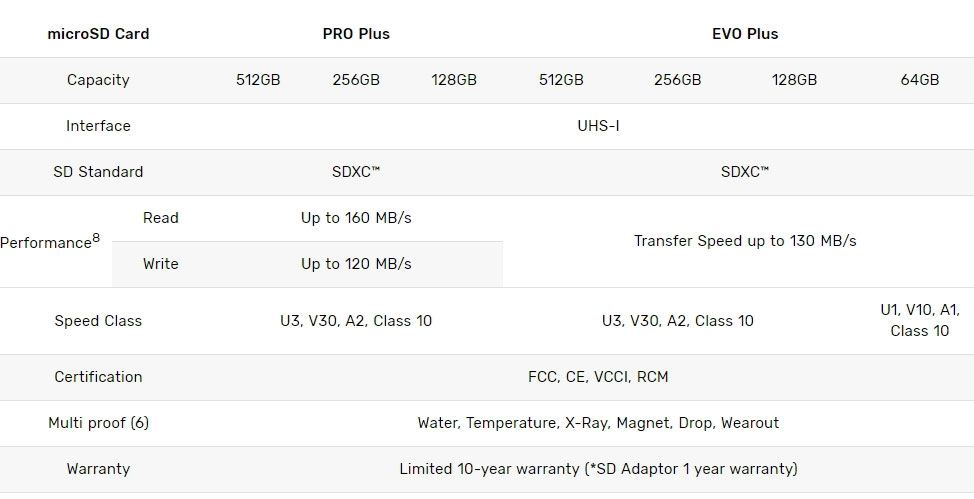 While Samsung is designing the new cards to be 4K-proof and a content creator’s best friends, it’s worth noting that many current cameras require a video speed class rating of at least V60 to V90 to capture high-resolution 4K video. However, Samsung’s new cards offer a maximum of V30.

According to Samsung, the MicroSD cards should be listed on its web store starting today. However, they haven’t appeared yet. MobileSyrup has reached out to Samsung Canada regarding Canadian availability and pricing.