Apple patents tech to warn VR users if someone’s nearby

We might see this tech used in Apple's rumoured VR headset

A new Apple patent details how the company is planning to develop tech that can alert you about someone trying to get your attention while you’re engrossed in a virtual reality session.

The patent, titled “System and Method For User Alerts During An Immersive Computer-Generated Reality Experience,” was filed in 2019 and describes how someone immersed in a VR experience is oblivious to what is going on around them and how it’s hard for others to get the immersed person’s attention. It outlines how adding sensors to a VR headset can help detect nearby people and alert the VR-immersed individual accordingly.

The system Apple patented includes a head-mounted display, an image sensor, and a microphone that can identify when a VR/AR headset user is being “hailed.” Data from these sensors can be processed to detect a person and signs that the person is attempting to draw the VR user’s attention. For example, if a person talks to the VR user, audio triggers such as “hello,” “excuse me” or the user’s name can be detected, and subsequent alerts can be displayed to the immersed user.

In certain scenarios, a person’s face — including one or more facial features such as a mouth, nose, or pupils — can be identified as matching a pre-saved face of a known individual. Further, the face’s orientation relative to the head-mounted display can be calculated to identify whether the individual is facing the VR user. In such situations, the gazer’s eyes can be monitored to identify a gaze direction, allowing the patented tech to decide whether the person is gazing at the VR user or not. 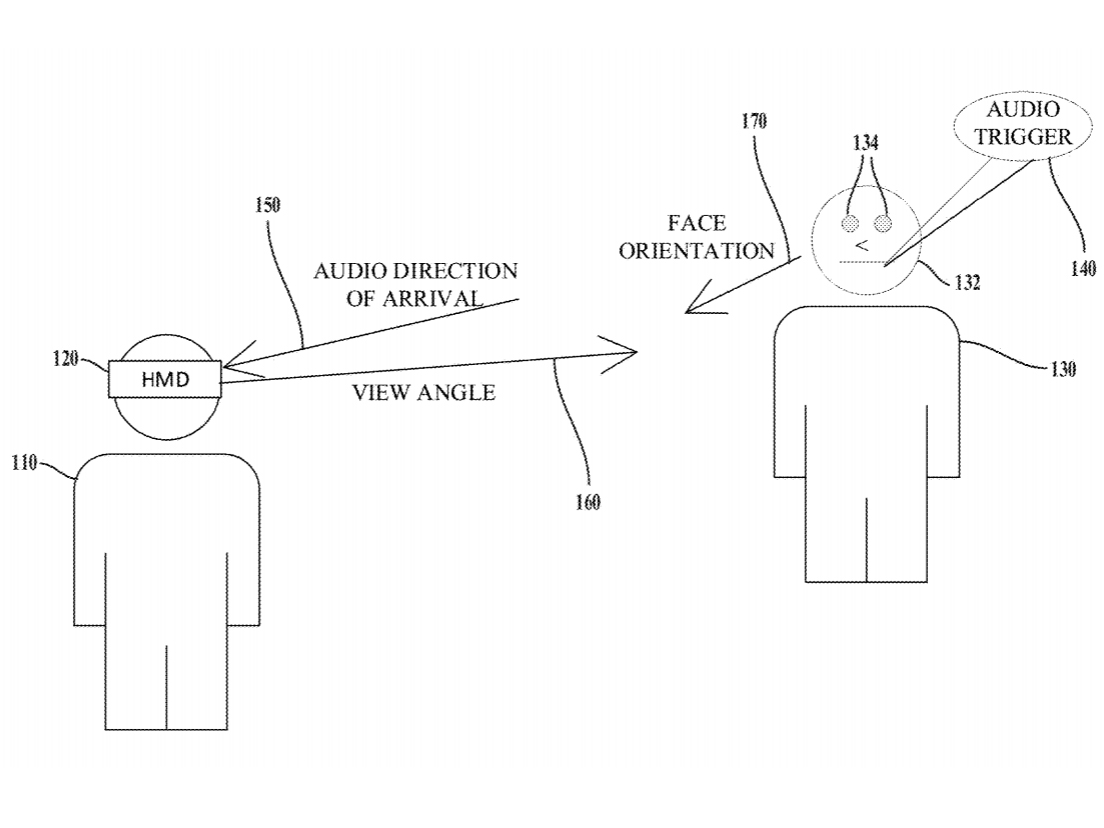 When the tech does detect that someone is trying to get the VR user’s attention, a subsequent audio or video alert can be delivered.

Previous leaks have indicated that Apple intends to release a VR headset with dual 8K displays and eye-tracking. Further, the headset will reportedly include one headband that includes a Spatial Audio-like feature that creates a surround sound-like experience, with another swappable band offering additional battery life.