They even did a synchronized backflip 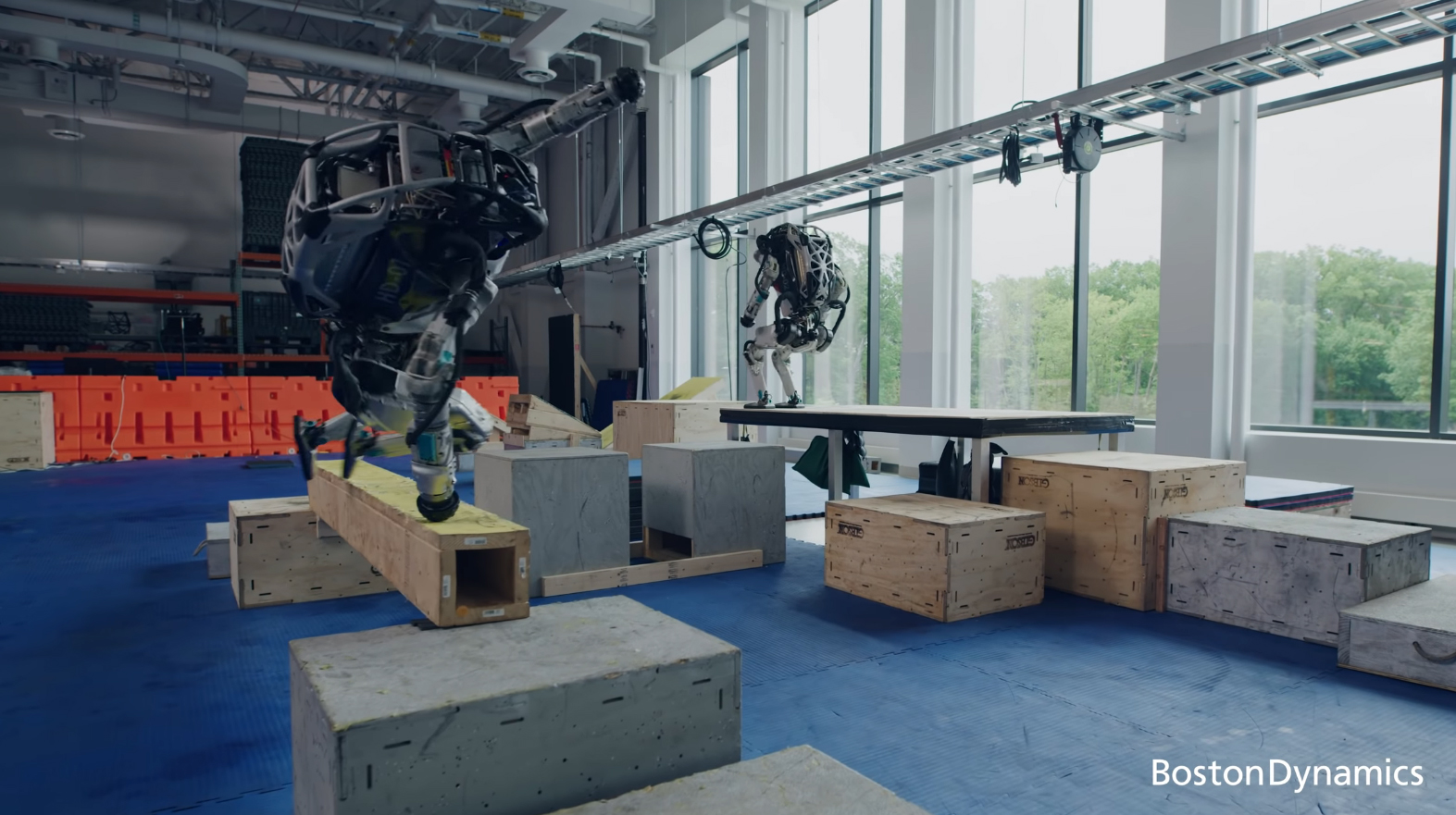 Hyundai-owned Boston Dynamics has shared a video of its Atlas humanoid robots doing parkour, showcasing its prowess in the robotics space.

While we have seen such a demonstration from the Atlas robot in the past, the difference here is that the robots can now adjust their behaviour based on what they encounter. That means developers won’t have to pre-program set objectives for the robots to jump over, showcasing a major development in making the Atlas Robots self-sufficient.

According to Boston Dynamics, the routine took “months” to perfect. It served as a valuable test of the robots’ capacity to keep their balance in different scenarios, which will help the company perfect the robots over time and reach levels of human dexterity.

Why do we do parkour with Atlas? Go behind the scenes at Boston Dynamics to see how we push Atlas to its limits to discover the next generation of robotics. Watch the full video: https://t.co/o40mRGMuhb pic.twitter.com/eLdQTEcAMj

“We’re exploring how to push it to its limits, sometimes operating at those limits,” said Benjamin Stephens, Atlas controls lead, in a blog post. “We learn a lot from that in terms of how to build robots that can survive falling on their face and getting back up and doing it again. We also learn a lot about the behaviour, the control, the thing that puts one foot in front of the other.”