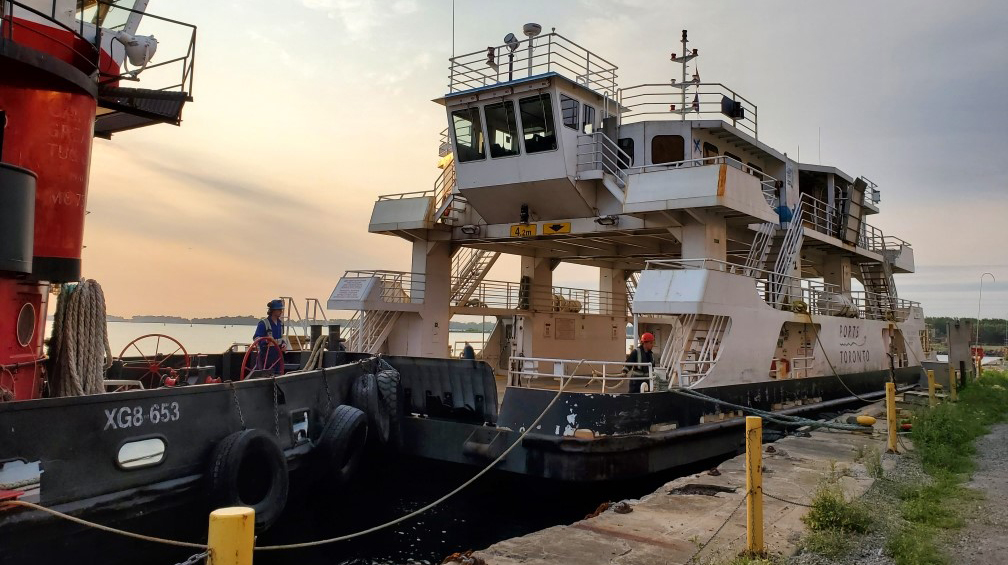 The Toronto Port Authority-owned Marilyn Bell I ferry has been transported away from the Billy Bishop Airport to the Toronto DryDock facility, where it’ll undergo the final stage of its conversion to electric power.

The 200-passenger ferry is expected to return to operation later in 2021 as Canada’s first 100 percent electric lithium ion-powered servicing ferry. The completion of the Marilyn Bell I’s conversion will be a significant step forward in PortsToronto’s environmental initiative.

👋 ⛴️ ⚓ Bon voyage to the Marilyn Bell I ferry as it is transported to Toronto Drydock for the final phase of its conversion to 100% electric power!

Ferry service will be maintained by the David Hornell.

“The new propulsion system for the Marilyn Bell I will be entirely powered by battery and fueled by 100 percent  Bullfrog Power renewable electricity, enabling the electric ferry to eliminate greenhouse gas emissions from the airport’s ferry operation,” reads PortsToronto’s community notice.

The new and improved ferry will not only be better for the environment, but it will also be more pleasant on your ears. The conversion to lithium-ion operation will allow the Marilyn Bell I to operate much more quietly, significantly reducing noise in the surrounding community, following the airport’s Noise Management Program.

It’s worth noting that the Marilyn Bell I isn’t the only ferry that operates the 400-foot-wide Western Gap on lake Ontario. The backup ferry is called David Hornell, and it will continue to ferry people across to the Billy Bishop airport while the Marilyn Bell I is absent.