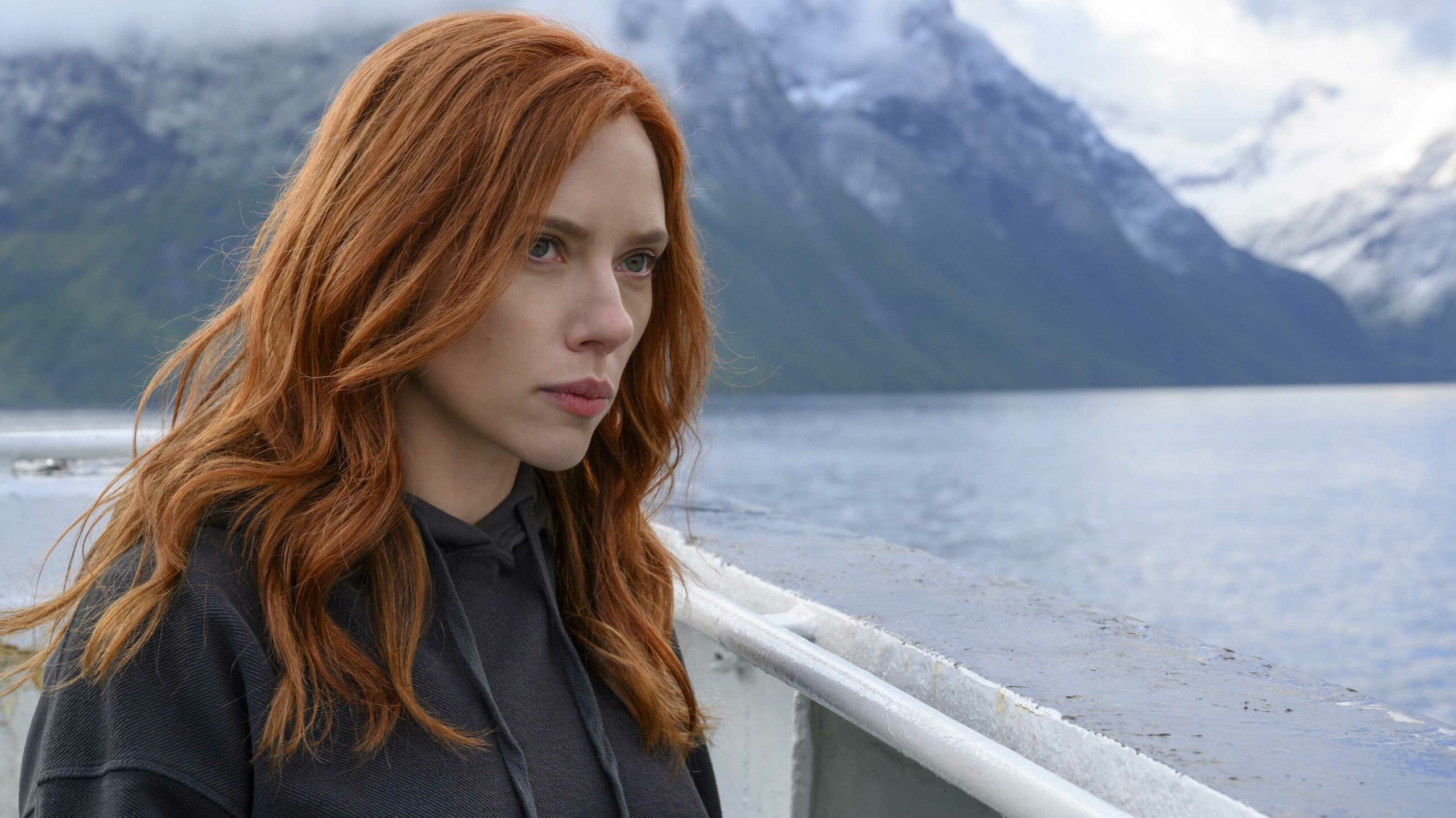 Last week, The Walt Disney Company and actress Scarlett Johansson had a rather public falling out.

The reason? The Black Widow star filed a lawsuit against the entertainment giant for allegedly violating her contract when it released the Marvel superhero film on Disney+ and in theatres simultaneously. In doing so, Johansson argues Disney has shorted her on millions in earnings since her deal with the company promised her a percentage of the box office gross. According to The Wall Street Journal, Johanson likely lost around $50 million USD (about $63 million CAD).

Now, you’re probably thinking: “it’s a billion-dollar company fighting with a millionaire, who cares?” And honestly, that’s a reasonable response.

However, many industry analysts note that this is an unprecedented public conflict between a film company and its talent — one that may have major repercussions going forward. With that in mind, here’s a breakdown of the implications of the Johansson-Disney battle and its potential effect on the streaming landscape.

First, it should be noted that Disney came out quickly to say Johansson’s lawsuit “has no merit whatsoever.” At the same time, the company slammed her suit for being “especially sad and distressing in its callous disregard for the horrific and prolonged global effects of the COVID-19 pandemic.”

It also argued that the release of Black Widow on Disney+ with Premier Access [which requires a $34.99 CAD on top of a Disney+ subscription] has significantly enhanced her ability to earn additional compensation on top of the $20 million she has received to date.”

In response, a joint statement from Women in Film, Los Angeles, Reframe and Time’s Up slammed Disney for making a “gendered character attack” on Johansson and attempting to “characterize Johansson as insensitive or selfish for defending her contractual business rights.”

Johansson, for her part, was “shocked” by the apparent personal attack by Disney.

Given that the lawsuit only just came about, it remains to be seen how it will ultimately be resolved. Bloomberg Law has a great in-depth explainer on the specific cases that both Disney and Johansson will presumably make in court.

But for now, it’s opening the floodgates for other talent to launch their own litigation against Disney or other Hollywood companies. Speaking to Variety, an unnamed talent agent said “a lot of other actors are cheering for Scarlett and rooting her on,” and that she “she has a lot of power and that makes this a visible conversation that puts Disney on the spot.” 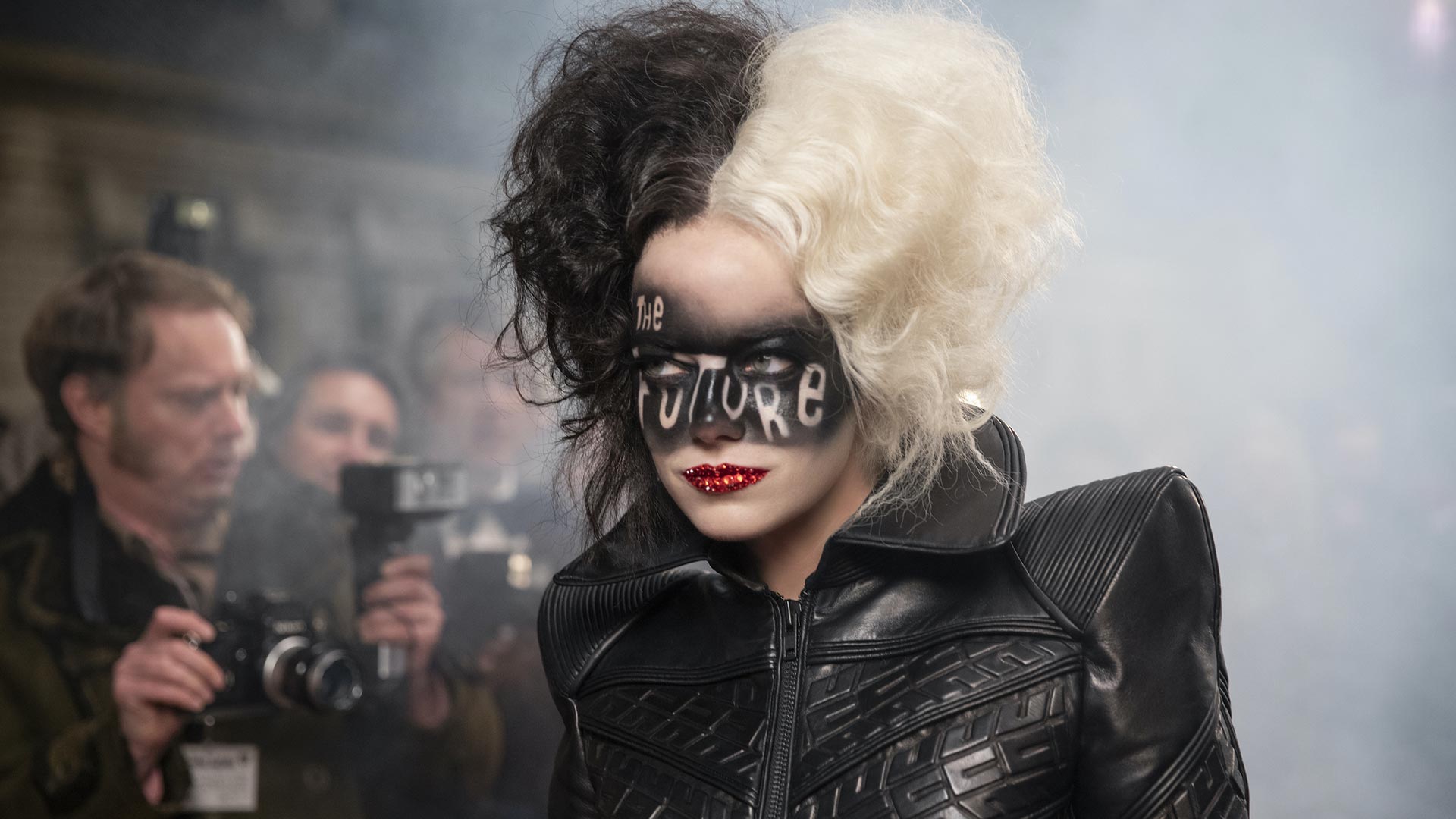 The Hollywood Reporter adds that discussions have already happened behind-the-scenes regarding other actors coming forward with lawsuits, including Emma Stone against Disney for Cruella being a Premier Access title. Emily Blunt may do the same over Premier Access film Jungle Cruise, although co-star Dwayne “The Rock” Johnson reportedly isn’t considering it.

Marvel Studios president Kevin Feige, who’s worked with Johansson on eight films, is also said to be “angry and embarrased” over the way Disney handled the situation, suggesting turmoil within the ‘House of Mouse.’ This raises another interesting wrinkle — with Disney having several big subsidiaries, including Marvel, Lucasfilm and Pixar, will the company end up upsetting any of these teams for their treatment of their respective talent?

What does this mean for the future of streaming movies?

Well, that’s a little complicated. Prior to the Johansson lawsuit, Disney had already been planning to — at least for now — stop Premier Access. Jungle Cruise was its last theatrical-streaming hybrid release. Its next two big films, the Ryan Reynolds-led Free Guy (August 13th) and Marvel’s Simu Liu-fronted Shang-Chi and the Legend of the Ten Rings (September 3rd), are set to only hit theatres. 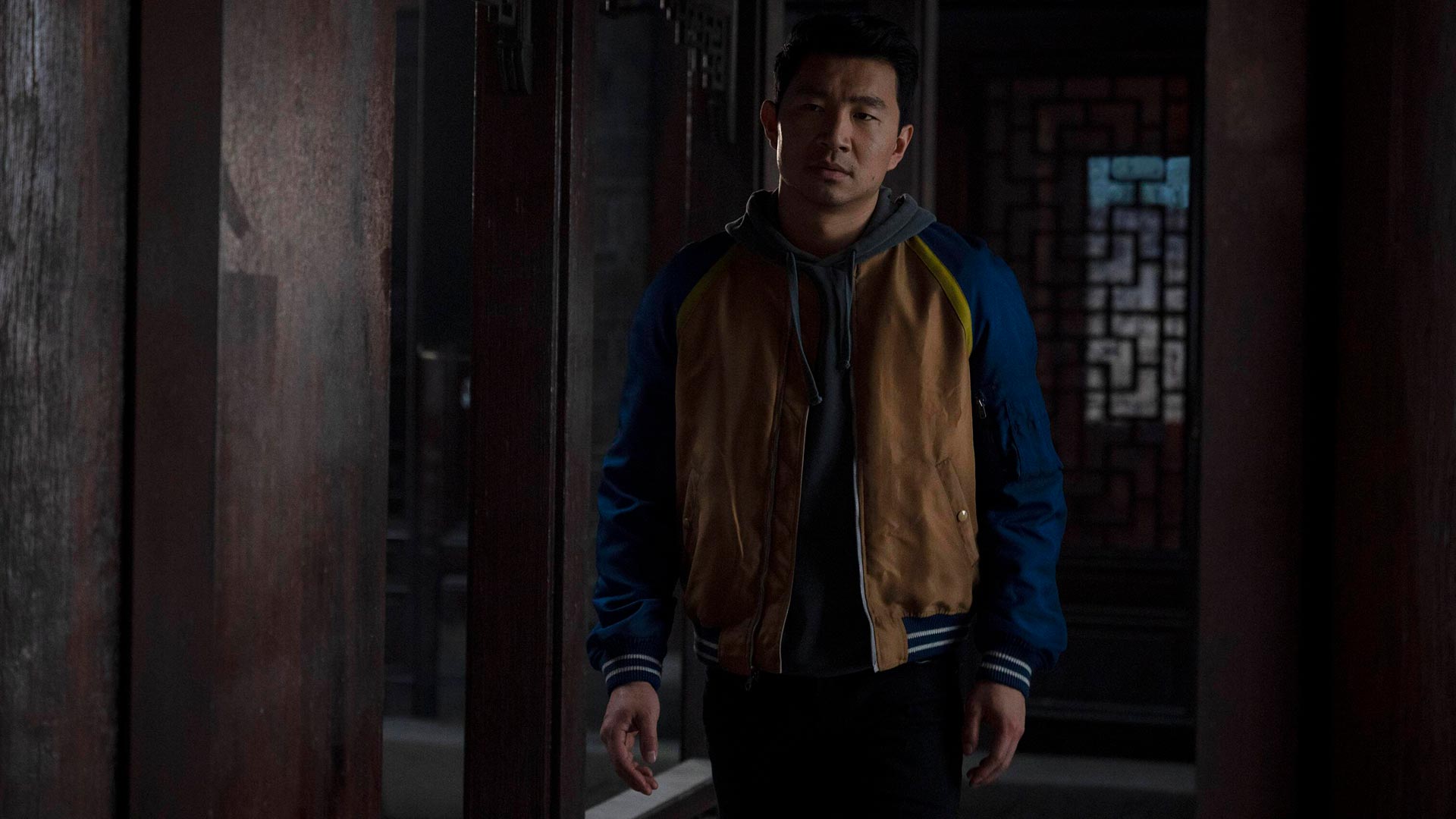 Canada’s own Simi Liu stars in Shang-Chi and the Legend of the Ten Rings (Image credit: Marvel Studios)

However, Disney has confirmed that these will have 45-day theatrical runs before heading to Disney+. This is a marked change from the traditional 90-day theatrical window that companies respected before making movies available on-demand. At the time, Disney said it would continue to monitor the COVID-19 pandemic ahead of making any further announcements regarding theatrical releases.

Therefore, outside of facing potential lawsuits for previously released Disney+ Premier Access films, there are no future movies as of yet that might run into a similar situation.

“Evidently, filmmakers are keen to work with Netflix, a company that seems to give a lot of creative freedom and has grown increasingly flexible on theatrical releases.”

But this is the latest in a long-running series of issues that talent has had with Hollywood’s push towards streaming. When Warner Bros. made the landmark decision to release all of its big 2021 films in theatres and on the U.S.-only HBO Max service simultaneously, the company faced significant criticism. Although the company has reportedly avoided lawsuits so far due to paying out talent behind the scenes — for example, paying star Gal Gadot and director Patty Jenkins an extra $10 million each for Wonder Woman 1984 — the studio’s talent-friendly image has taken a hit. Further, directors like Quebec’s own Denis Villeneuve (Blade Runner 2049) and Christopher Nolan (Tenet) who have advocated for protecting the theatrical experience have blasted the company for its decision.

Amid speculation that Nolan will look beyond Warner Bros. for his next movie, Netflix movie chief Scott Stuber told Variety that the streamer has actually been having conversations with the filmmaker to woo him over. It’s unclear what might come from those talks, but Nolan wouldn’t be the first prestige filmmaker to partner with Netflix when considering the likes of Martin Scorsese (The Irishman), David Fincher (Mank), Aaron Sorkin (The Trial of the Chicago Seven) and Spike Lee (Da 5 Bloods). Meanwhile, Netflix has signed on blockbuster directors like Zack Snyder (Army of the Dead), Michael Bay (6 Underground) and the Russo Brothers (the upcoming The Gray Man). 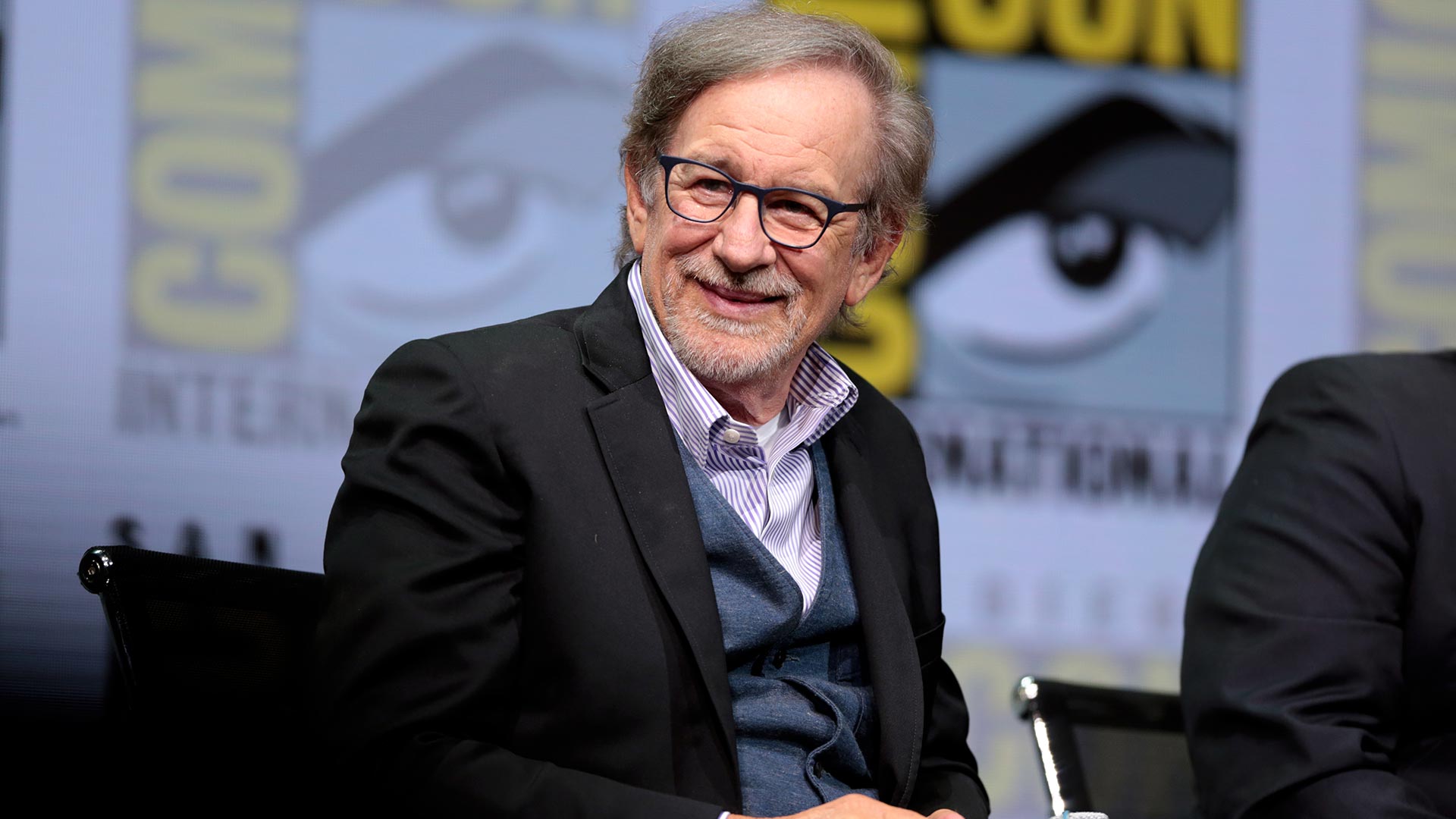 Steven Spielberg is one of many creatives who’s turned to Netflix in recent years. (Image credit: Flickr — Gage Skidmore)

Netflix has even won over Steven Spielberg, who had reportedly once called for the streamer’s films to be ineligible for Oscars due to their minimal theatrical releases. While Spielberg denied that he attempted to do so, he did express his support for theatrical releases. Fast forward to 2021 and the legendary director’s Amblin Entertainment production company has signed a multi-year deal with Netflix in which it will produce at least two movies per year for the streamer.

Evidently, filmmakers are keen to work with Netflix, a company that seems to give a lot of creative freedom and has grown increasingly flexible on theatrical releases. (For example, the company gave Zack Snyder’s Army of the Dead a release in 600 U.S. cinemas in May before it began streaming, its widest-ever theatrical rollout.) Conversely, Disney’s priorities are “business first, creativity and those who supply it a distant second,” Vulture reports based on an insider’s comments.

“At the very least, the Johansson-Disney feud makes it clear that Hollywood will need to change the way it does business with talent.”

All of this is to say that there are many people who are undoubtedly unhappy with Disney — and, perhaps to a lesser degree, Warner Bros. — right now, which could, as a result, lead creatives to jump ship to Netflix or even other companies.

At the very least, the Johansson-Disney feud makes it clear that Hollywood will need to change the way it does business with talent. Contracts will undoubtedly need to explicitly mention potential streaming releases and hash out the financials accordingly. Given that the COVID-19 pandemic is not yet over and theatres could face closures again amid the virus’ variants, as well as the larger shift towards the demand for streaming content, Hollywood will need to be much more thoughtful in how it releases its movies.