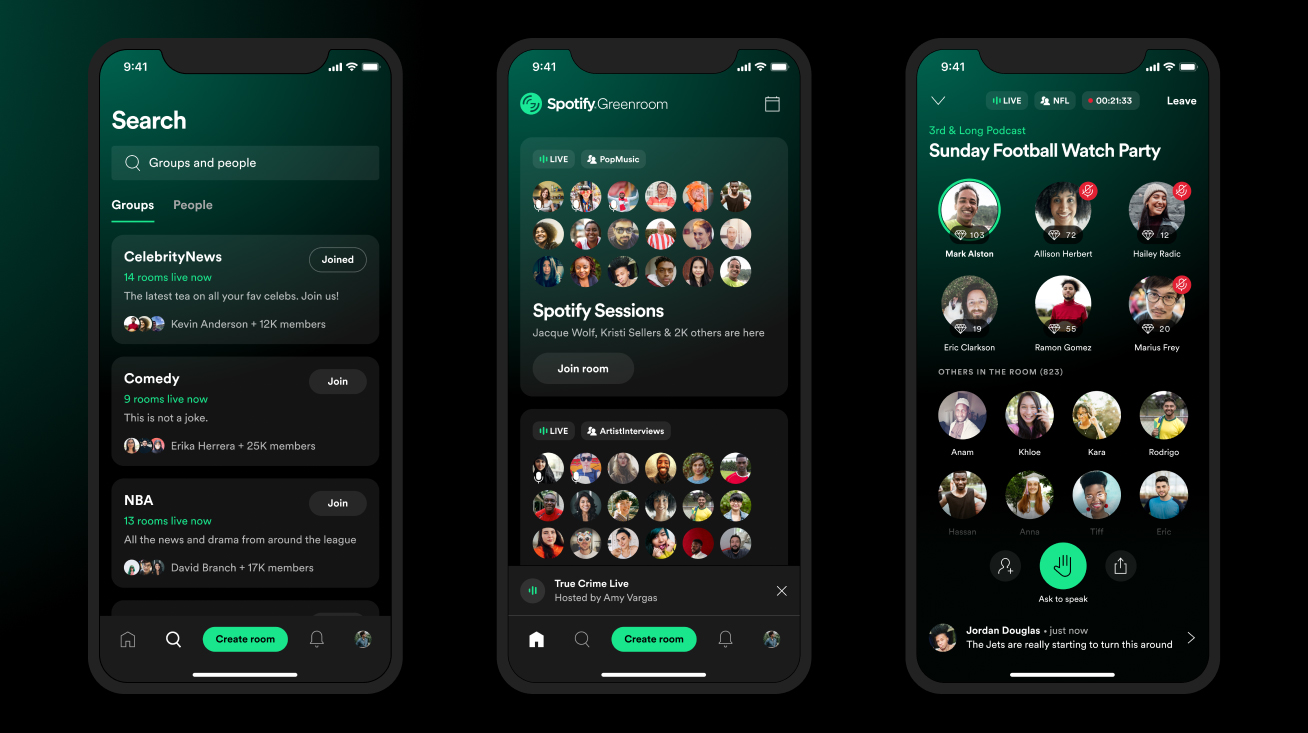 Greenroom is a social audio app that allows users to host or join live audio rooms. The app is targeted at Spotify’s already huge user base, and people who want to try out the social audio app can log in directly with their Spotify credentials.

Once logged in, you have the freedom to host or partake in live conversations about various topics, primarily music, sports and culture, which can then be turned into a podcast.

The app is designed to show you content that you’re interested in, so when you first log in to Greenroom, it’ll give you a variety of keywords that you can select based on your interest.

Greenroom is based on Locker Room, which Spotify acquired in March. According to Spotify, Locker Room users will receive an update today gives the app the revamped Greenroom layout and experience.

“The world already turns to us for music, podcasts, and other unique audio experiences, and this new live audio experience is a powerful complement that will enhance and extend the on-demand experience we provide today,” said Gustav Söderström, the chief research and development officer at Spotify, in an earlier statement.

Additionally, to drive creators to its new platform, Spotify announced that it would be launching a creator fund. “We want to support and reward creators for the communities they build and the experiences they create on Greenroom,” reads Greenroom’s website.

The fund will reward creators based on consumption of their live content and the number of people that tune in. Additionally, these payments are calculated and distributed weekly though it’s worth noting that the Fund will not begin paying out until later in Summer 2021.

It’s also worth noting that the creator fund is currently awarded to residents of the United States only. MobileSyrup has contacted Spotify to know whether Canadians can expect the payout in the near future. Follow the link to learn more about the fund or to apply for it.

Greenroom is now available on iOS and Android in more than 130 global markets.