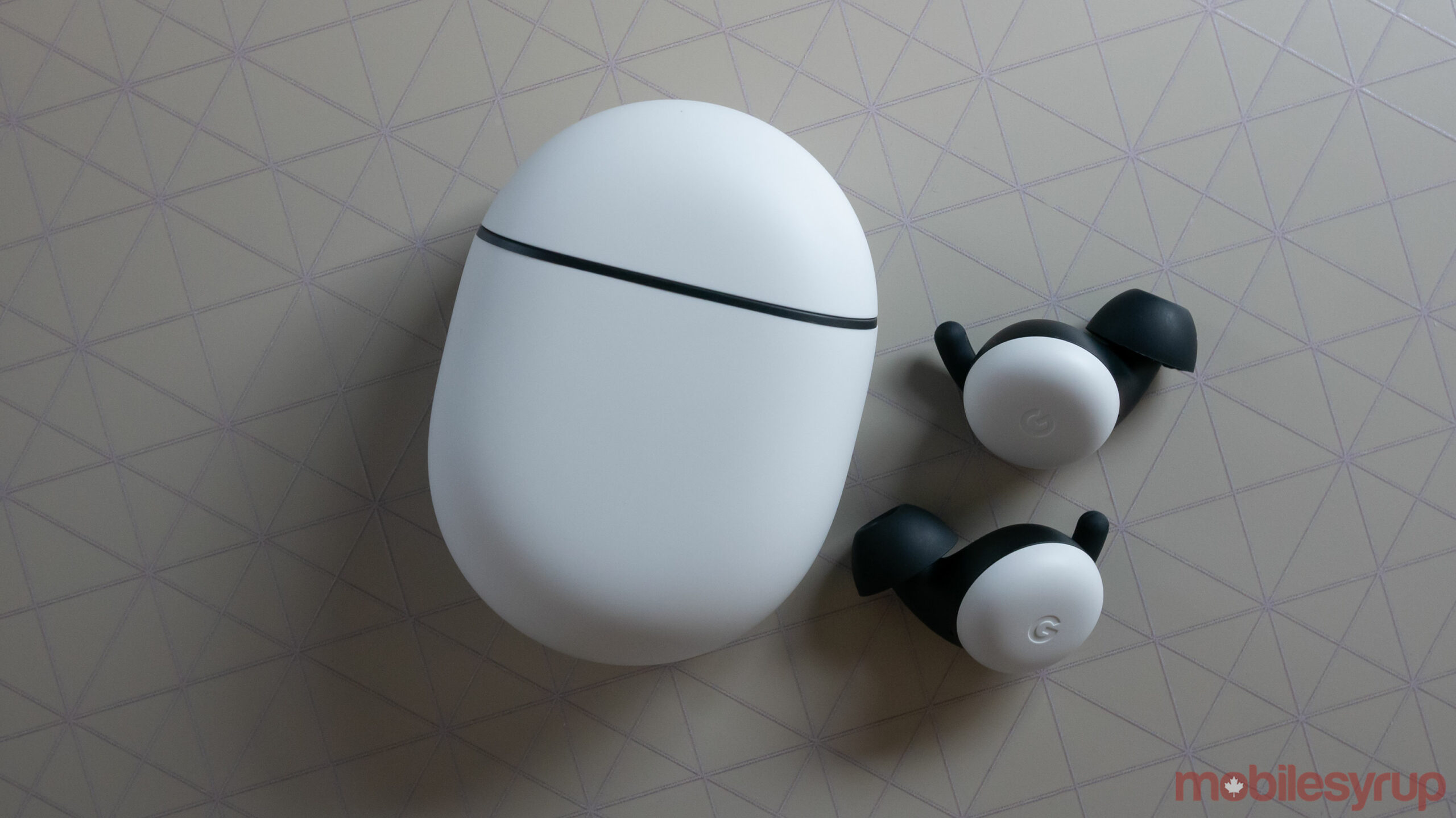 Towards the end of March, rumours started to appear regarding a cheaper version of Google’s wireless Bluetooth earbuds called the Pixel Buds A.

Now, through what seems to be an accident, Google has officially announced the Pixel buds A-Series.

After only being up for roughly 10 minutes, a tweet revealing the wireless earbuds was quickly deleted from Google’s @Android Twitter account. The post (seen below) states that the earbuds “have arrived” and mentions a redesigned ‘Fast Pair’ experience. 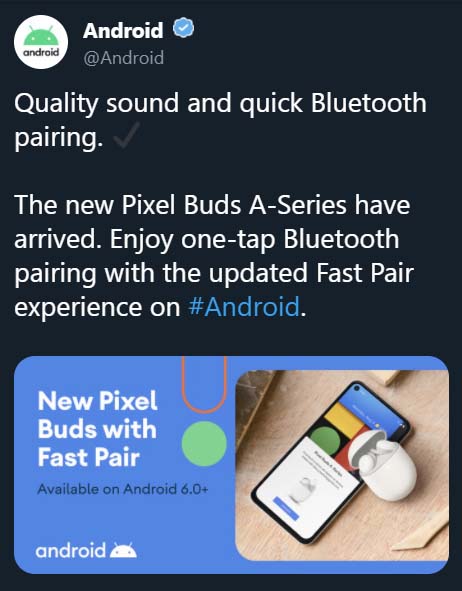 Beyond this, however, nothing else was revealed about the wireless earbuds in the tweet. For example, it’s unclear when they’ll be released or how much they’re set to cost. The photo shows off wireless earbuds that look very similar to Google’s Pixel Buds (2020), including their curved, pebble-like charging case and overall design. The only notable change is the light gray on the earbuds’ earpiece and their charging case.

A few weeks ago, an email from Google inadvertently revealed the Pixel buds A-Series in a new green colour.

While it’s still unclear, the fact that the Pixel Buds A-Series include the ‘A’ moniker indicates that they’re designed to be more affordable, similar to Google’s Pixel 3a and 4a. Some rumours suggest that some Pixel buds (2020) features like gesture controls might not available with the A-series earbuds.

Google likely plans to really reveal the Pixel Buds A-Series at its 2021 I/O Developer conference set to run from May 18th to the 20th.