Great headphones - once you use them with a wire 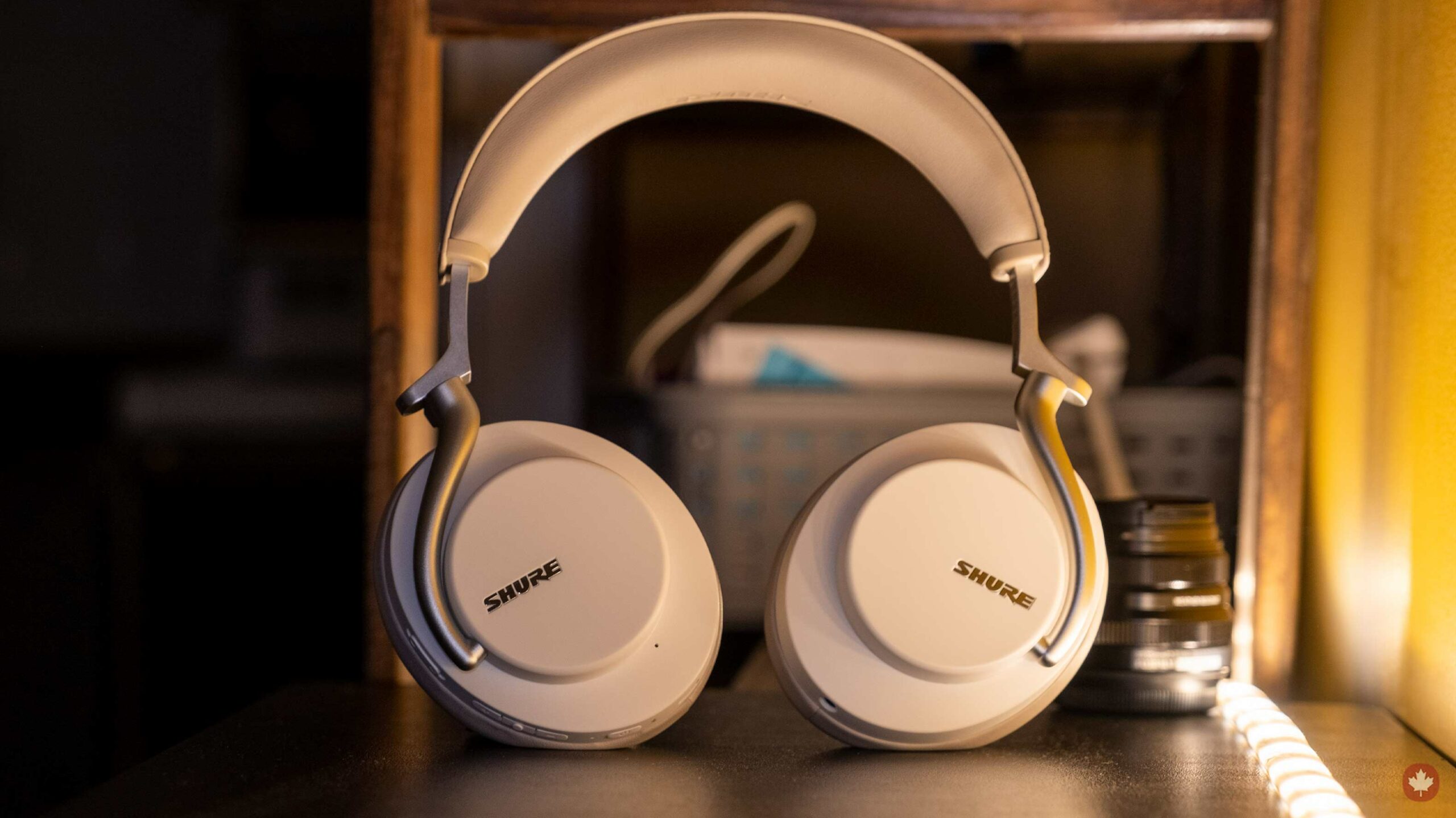 The Shure Aonic 50 over-ear headphones are the highest-end wireless set that the company sells and at $399, they compete squarely with the best from Bose and Sony.

For the most part, these headphones hold up. They feel very premium and robust, with a sound quality to match, but there’s a catch — they sound a lot better with a wire than they do wirelessly. That said, at their peak, they can outperform the Bose Noise-cancelling 700s. When compared directly, it’s a tougher call. 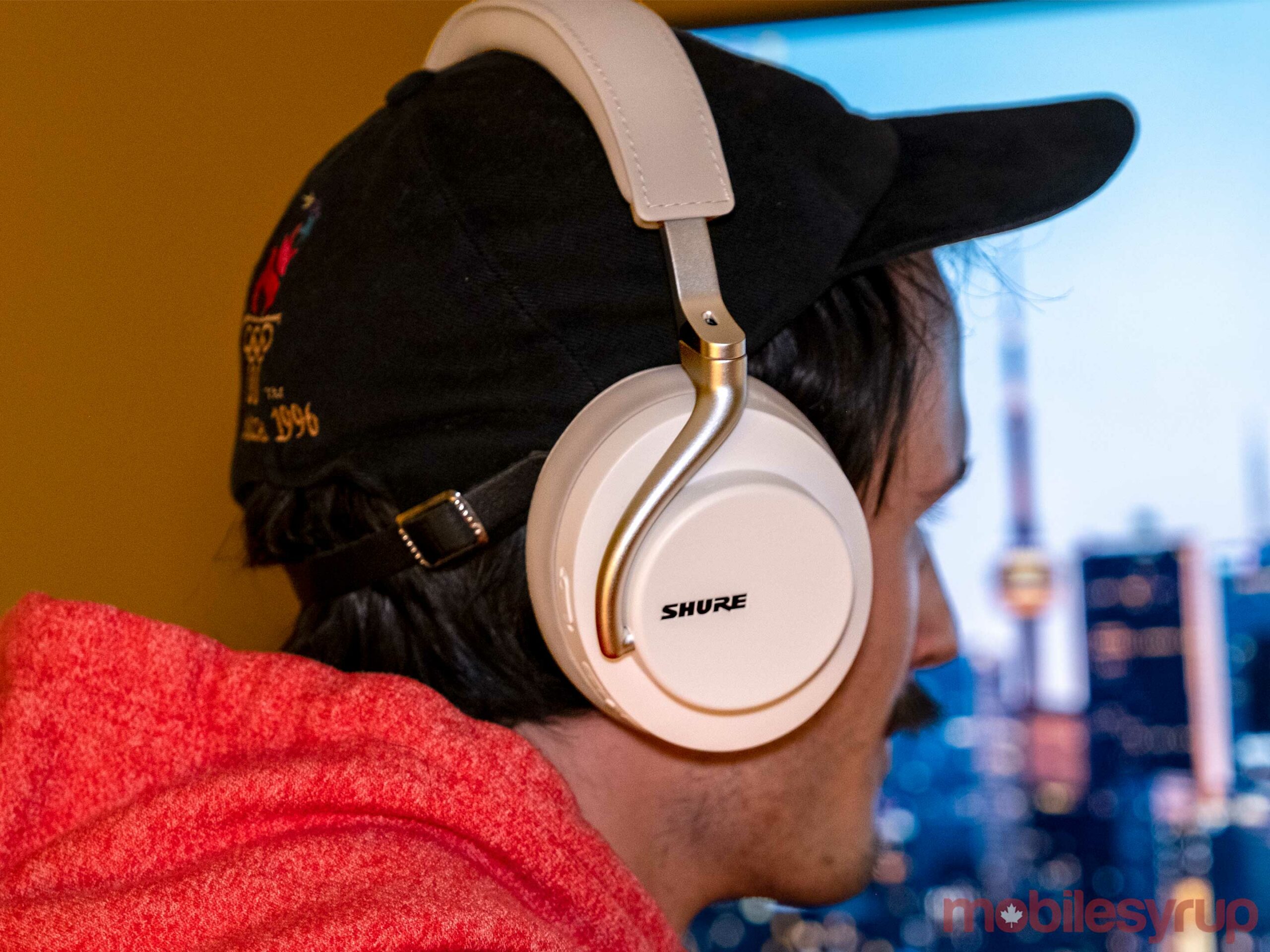 When you first open up the box, you’ll find that the headphones come in a rather large but very protective hard case. While it’s nice that they include a case, it’s made out of a soft-touch material that I’m sure will get scuffed up after a month or so of putting it in a bag. As I mentioned above, the case is also massive. It comes in slightly larger than the already massive Surface Headphones case, but at least it’s protective.

Thankfully, the Aonic 50s feel rock solid. Out of all the over-ear headphones I’ve tried, the Shure Aonic 50s are the sturdiest. The earcups feature satisfying tension as you extend and rotate them, which helps make them feel even more premium. I’m not sure how long this will last, but after using them for a few weeks, they still feel brand new. You can also rotate each of the leather earcups off to clean them easily.

The earcups are much thicker than the Bose 700s earcups as well. This is partly due to the cushy leather pads on each ear and the boxier design. That said, they also feel larger when you’re wearing them. 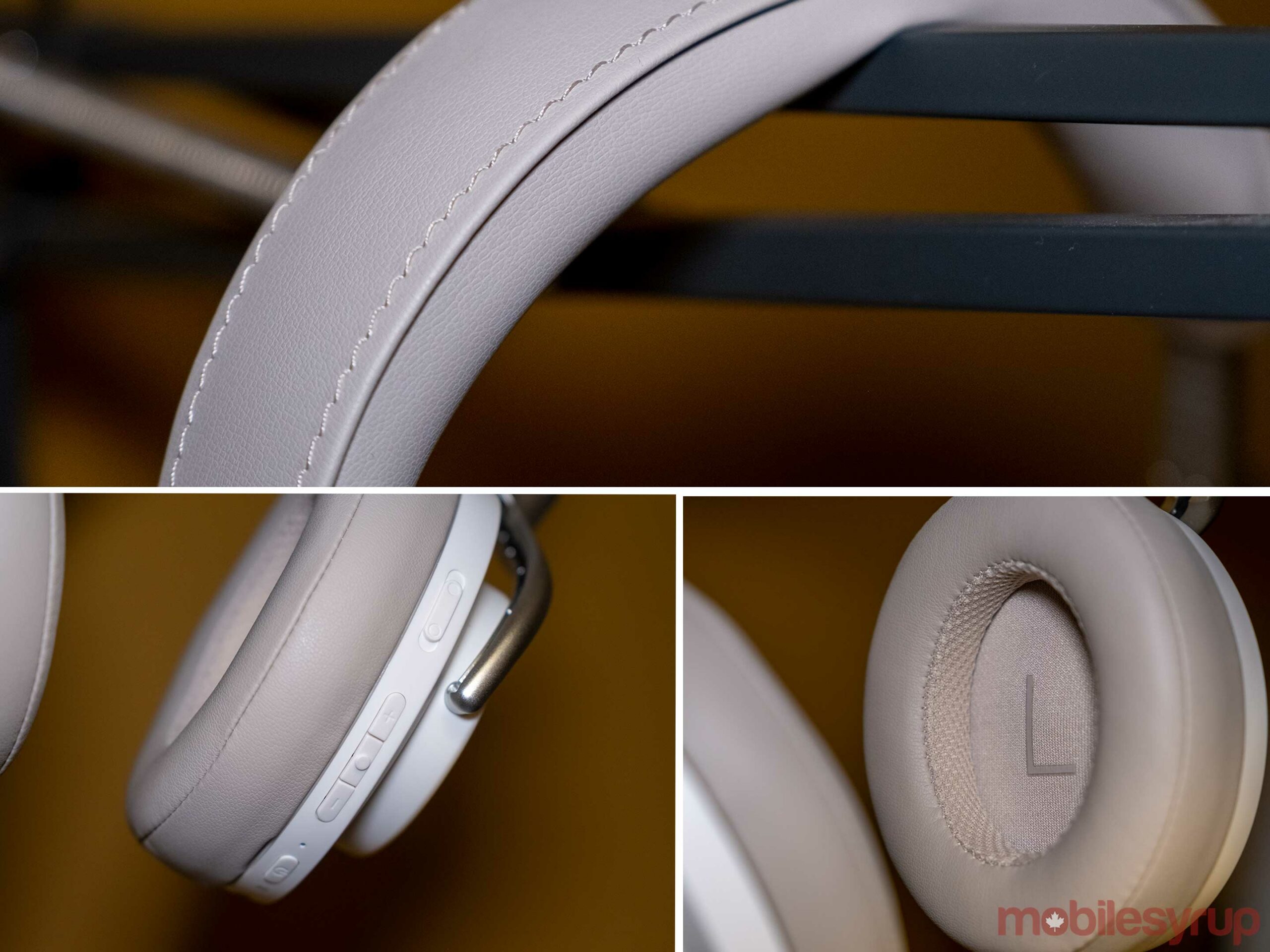 The size of these headphones is somewhat of a pro and kind of a con. While the large size adds to their build quality and the overall feel, it also makes them heavier than other headphones. The Aonic 50s clock in at 334 grams, which is above the Bose 700s but below the AirPods Max and my SteelSeries Arctis Pro Wireless gaming headset.

I’ve still found them pretty comfortable, even over long periods, but this reaction stems from how sturdy they feel on my head. The earcups and headband are also very padded, which helps, but if you want something lightweight and less noticeable, the Bose set wins out every time. 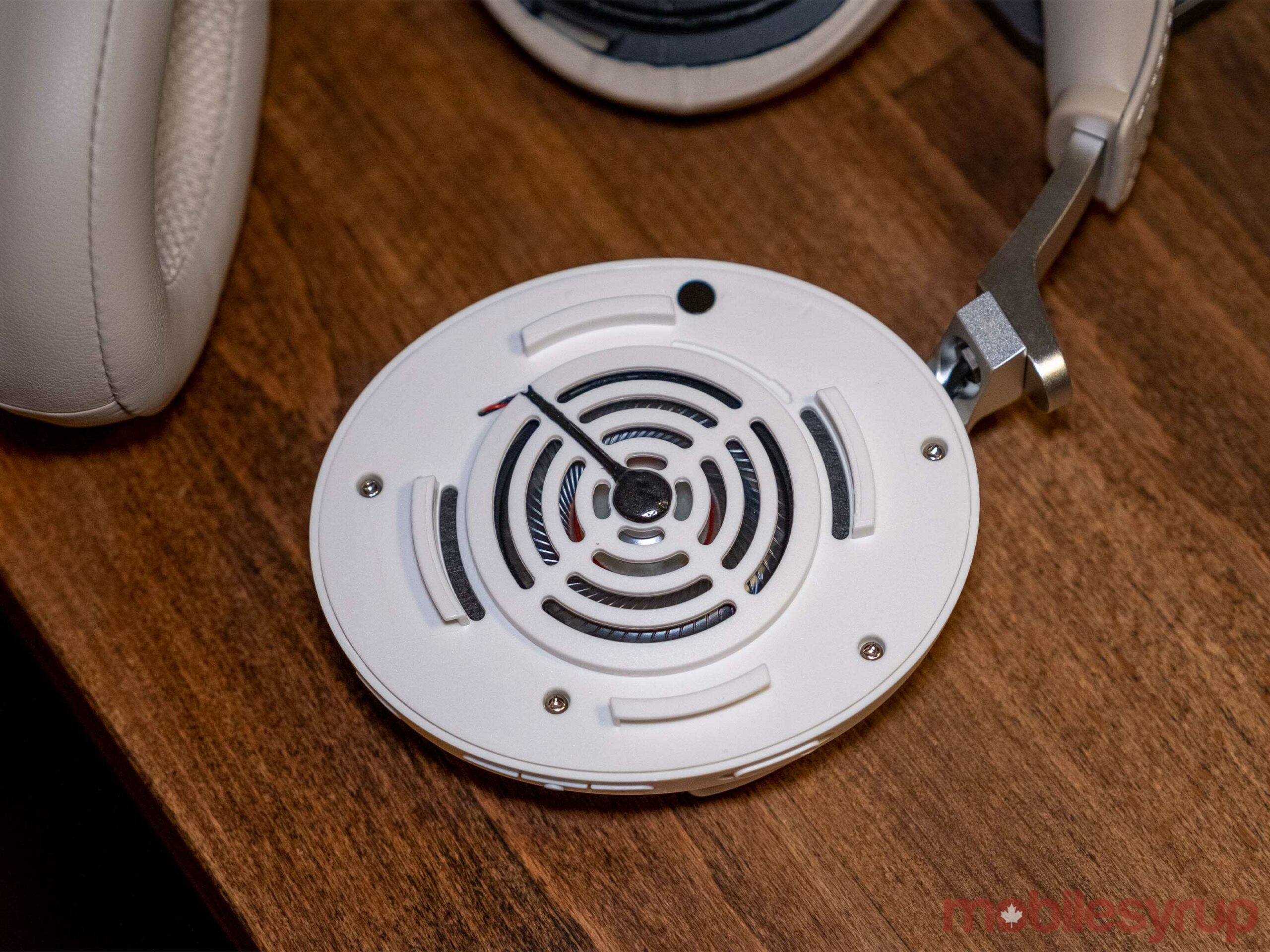 The Aonic 50s sound excellent when compared to lower-priced headphones. However, once you pit them against high-end headphones, the cracks in their sound profile begin to reveal themselves.

Each earcup features a 50mm driver and all the specs suggest these headphones should be some of the best in this price range. The sound recreation is really sharp and the overall balance between highs, mids and lows is distinct and pleasing to the ear. Unfortunately, a slight fuzz can be heard with maximum noise-cancelling turned on and the Bluetooth audio feels, what I’d describe, as very squished compared to the Bose 700s. Turning off noise-cancelling makes the Aonic 50s sound a little better, but overall you need to plug them in to get the best sound out of them.

The effectiveness of their noise-cancelling seemed about the same between both the Aonic 50s and the Bose 700s. The Shure headphones weren’t particularly good at blocking out high-frequency sounds, but they’re far from bad. If I had to choose, I found that the Bose did a slightly better job at delivering wireless music and noise-cancelling.

To be fair, I didn’t notice the slight hum or the decreased sound space from the Shure headphones until comparing with other headphones and listened with them plugged in. Once you plug them in with a wire — either USB-C or AUX — these headphones really reveal themselves, which is sad since you’re paying so much to hopefully get that same audio quality or close to it over Bluetooth. 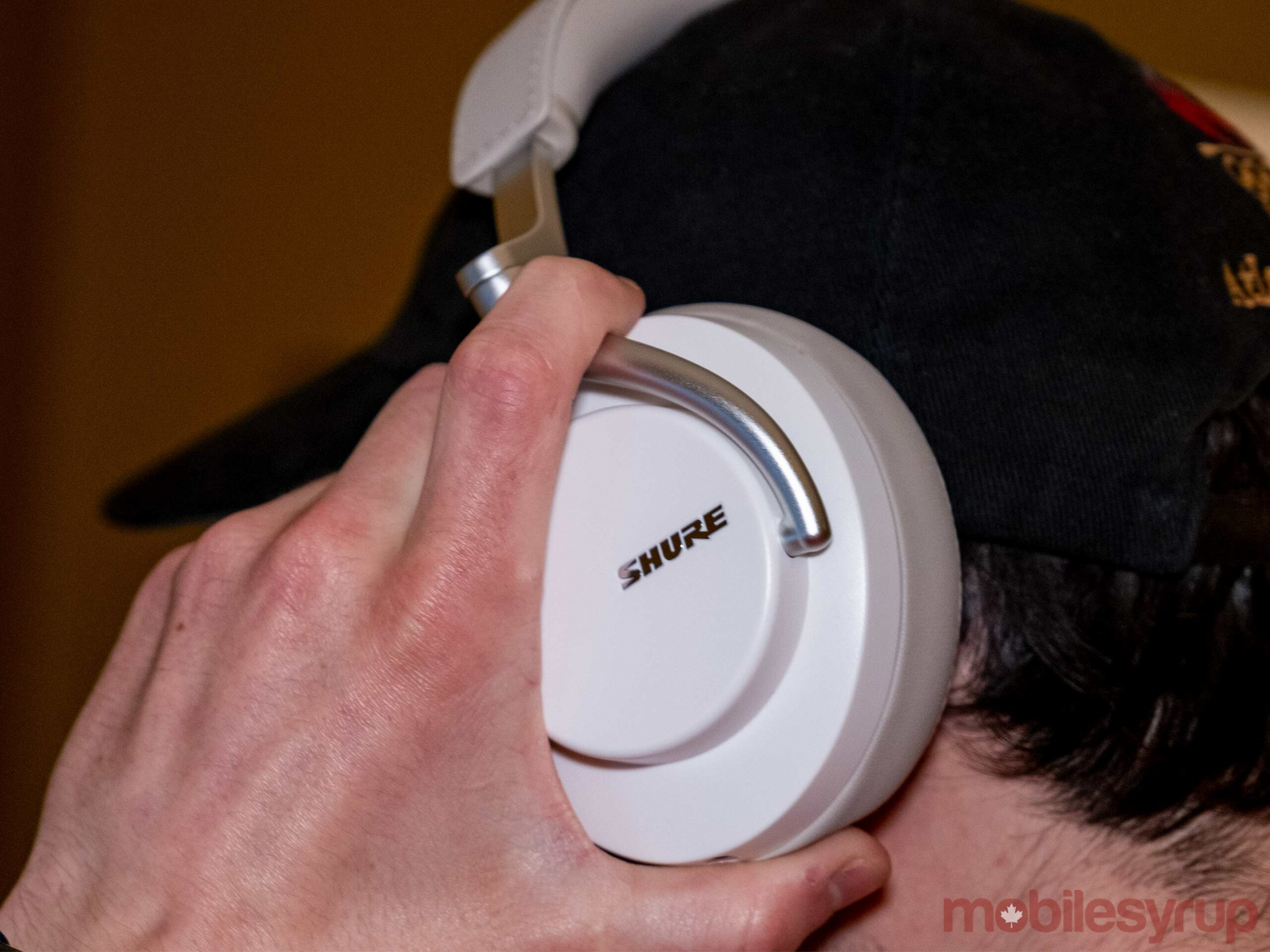 The Shure Aonic 50s support several Bluetooth codecs, including Qualcomm aptX, aptX HD, aptX Low Latency audio, Sony LDAC, AAC and SBC. Still, something in the way they decode Bluetooth makes the music sound very flat. As soon as you connect them through a USB-C cable or a 3.5mm headphone jack, they sound much better. The soundstage opens up to be way broader and makes these headphones feel worth $400. The clarity might not be razor-sharp like the Sennheiser IE 300s, but the soundscape and depth to the music when connected through a wire make them sound like an entirely different pair of headphones.

I found that they also performed better using a double-sided USB-C cable than a regular 3.5mm cord, but since the cable was so much thicker, this wasn’t ideal. Shure’s website says that the Aonic 50s are capable of 32-bit/384kHz over USB-C. Since they use the Bluetooth aptX HD codec, they can theoretically support 24-bit/48kHz audio wirelessly, but to me, it didn’t help.

This revelation puts the Aonic 50s in a weird spot since they’re great headphones with killer sound, but most people will never know since they’re likely to use them wirelessly. This means these could be a good set for someone who needs accurate headphones at work and can then just unplug at the end of the day, connect wirelessly to their phone and play music or a podcast on the way home.

Other perks, features and doodads 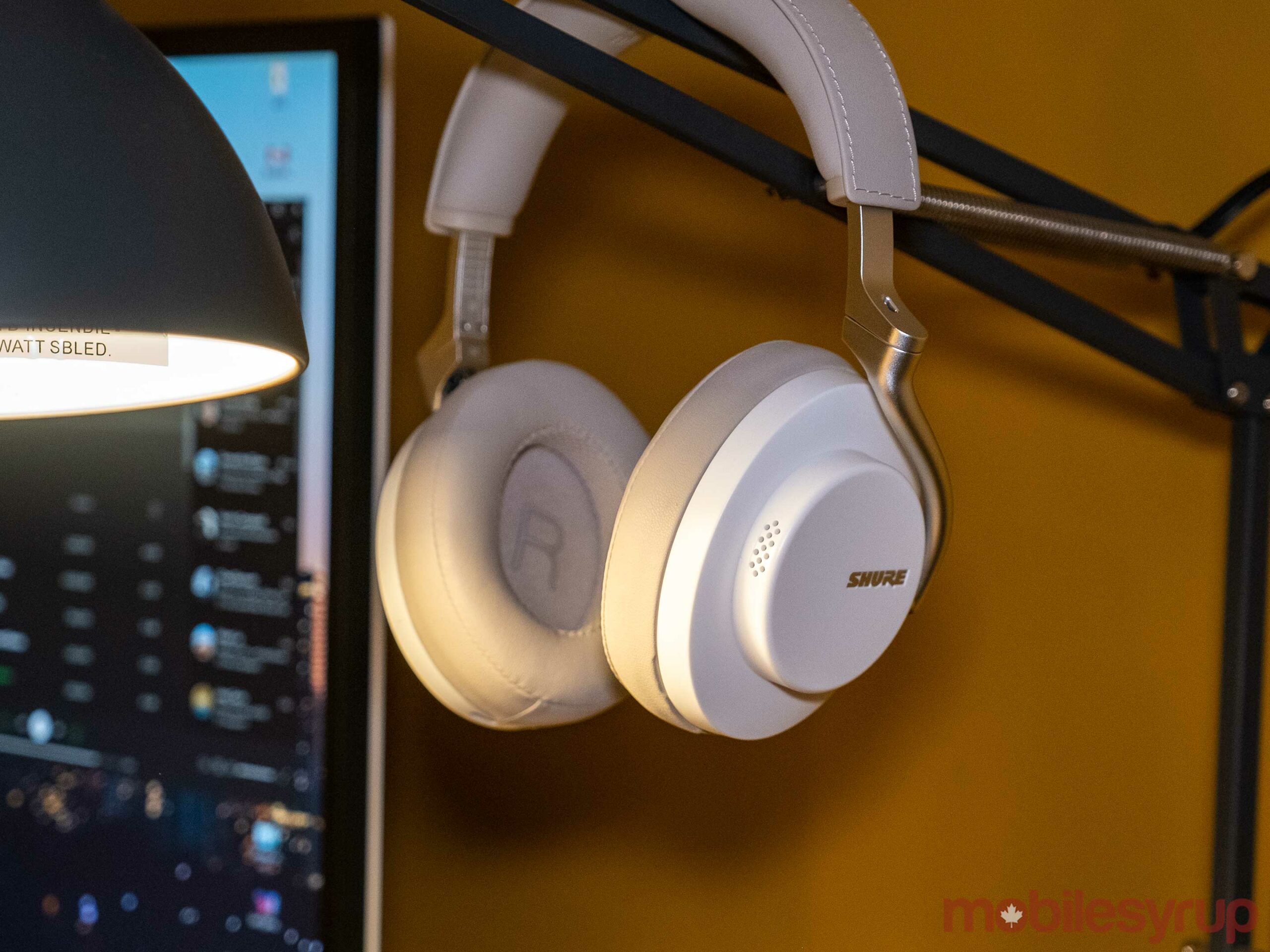 If you’re still interested in the Aonic 50s after hearing about their Bluetooth sound issues, you’ll be happy to know that it’s only uphill from here.

As with nearly every pair of wireless headphones, the Shure Aonic 50s have an app. It’s called ‘Shure Play,’ and it allows you to tweak the headphones’ settings and upload HQ music so you can listen to it via your phone with minimal compression. The process to add songs isn’t very straightforward, but it’s a useful add-on for anyone with a library of FLAC files. 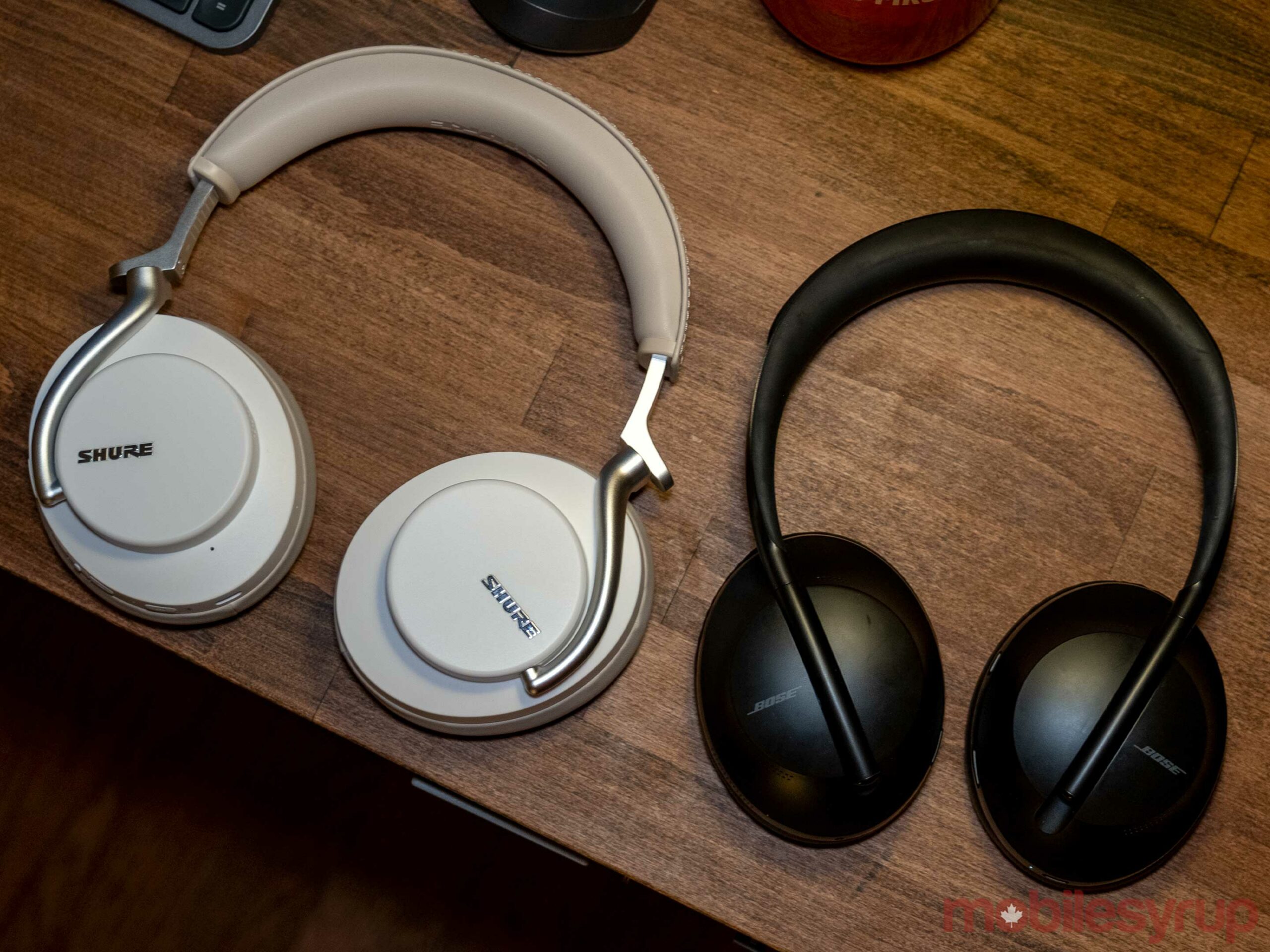 Beyond the slider, there are a few other buttons on the right earcup. The bottom-most button is both power and Bluetooth, and the three middle buttons are play/pause, skip forward and backward. While the environmental/noise-cancelling switch works when using the headphones wired, the play/pause buttons don’t. Overall, I don’t mind the buttons and find them a lot easier to use than the finicky touch controls that many other headphones use.

Like other over-ear headphones, the Shure Aonics are rated to get around 20 hours of playback per charge, and in my testing, they held up to that claim.

I also found the microphones solid enough for making calls and voice chatting online. The built-in mic isn’t particularly good or bad, but it gets the job done. 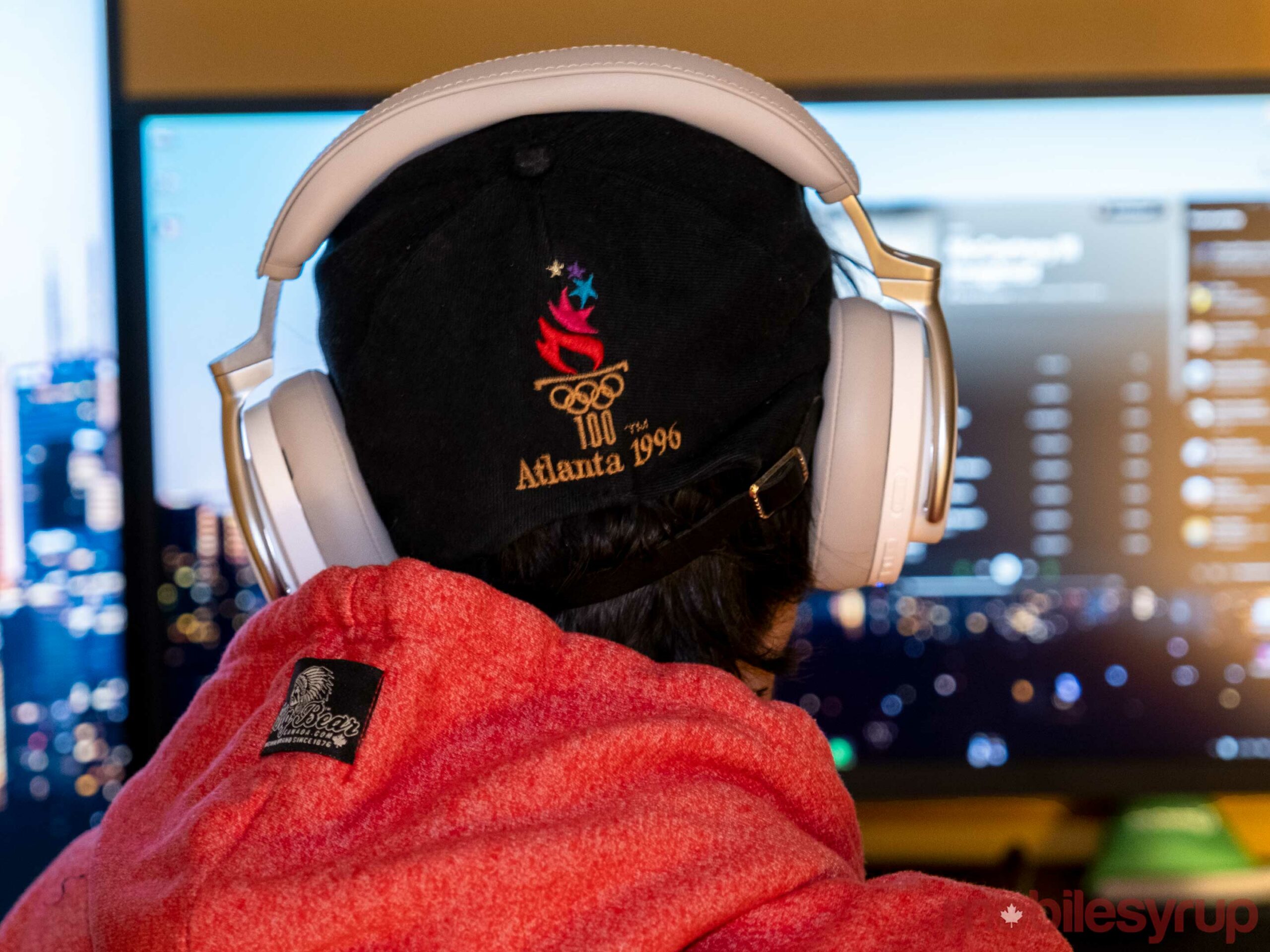 I hate saying that people should steer away from a product, but unless you want to use the Shure Aonic 50s with a USB-C cable at all times, there are better headphones out there. That’s not saying that the Shure Aonic 50s are bad, but if you’re buying them to be a pair of wireless headphones, your money is spent better elsewhere. Further, if you’re looking for wired headphones, you’re likely better off spending less on another pair from Shure that’s always wired.

With that in mind, while I complain about the Shure Aonic 50s not offering as complete of a package as the Bose 700s, I still find myself plugging them in and using them a lot -- the sound really is spectacular if you’re fine with using a wired connection.

"I still find myself plugging them in and using them a lot -- the sound really is spectacular if you’re fine with using a wired connection."