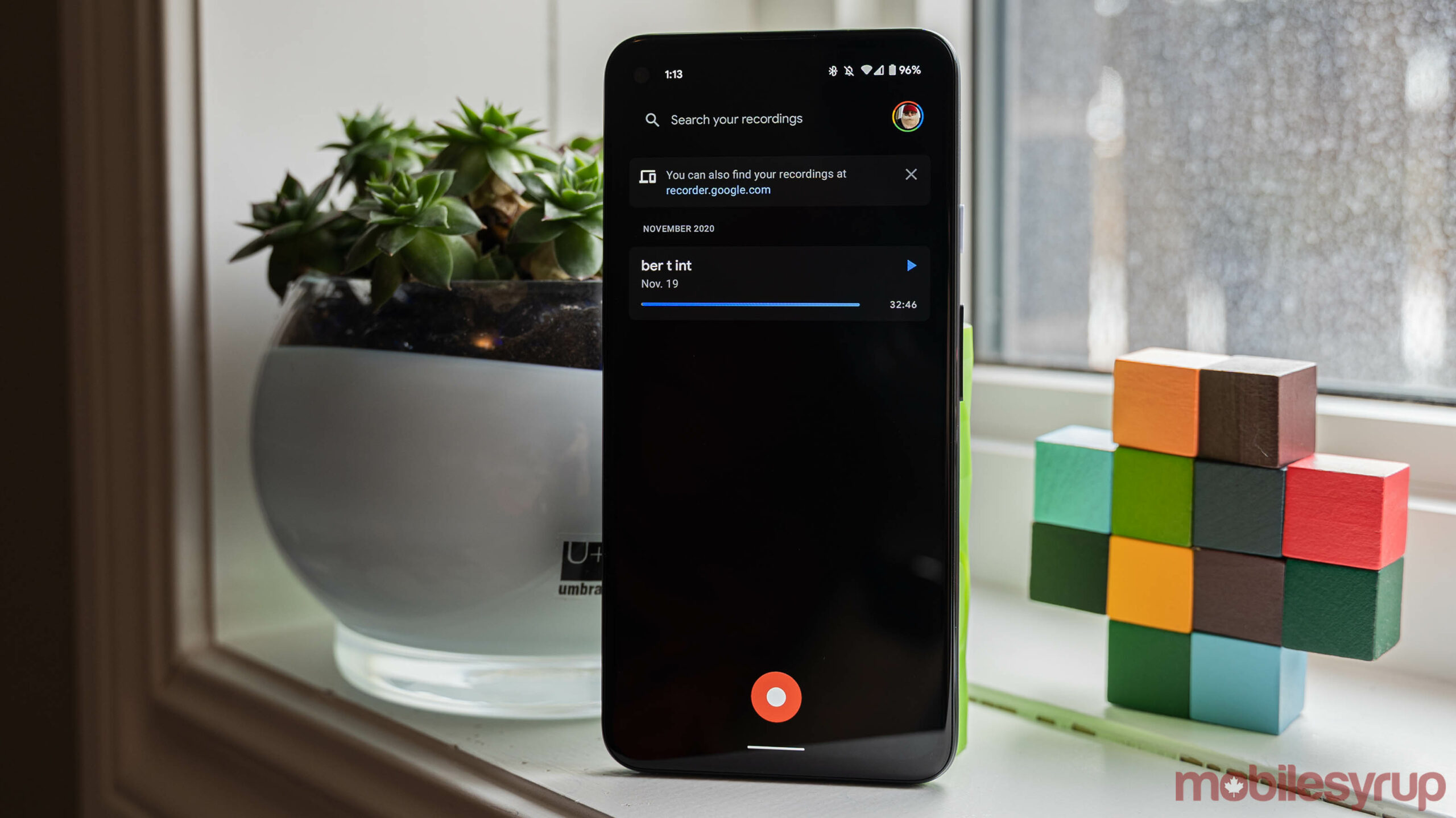 Google’s handy Recorder app is getting a small update that enables cloud backups and online access to recordings.

Spotted by 9to5Google, the update brings Recorder to version 2.2. The first time you launch the app after updating, a pop-up asks if you want to back up your recordings.

“You can back up your recordings to your Google Account at recorder.google.com. Turn backup on or off anytime in settings,” the pop-up reads. It also gives users the option to pick between Google accounts and select whether to keep recordings offline or back them up.

It’s worth noting that backups appear to count against your Google One storage, so keep that in mind when making the selection. Further, the update adds your Google account profile picture to the Recorder app’s top right-hand corner. As with other Google apps, like Photos, the profile icon doubles as a backup status indicator. You can tap it to manage account settings or to access Recorder’s settings. 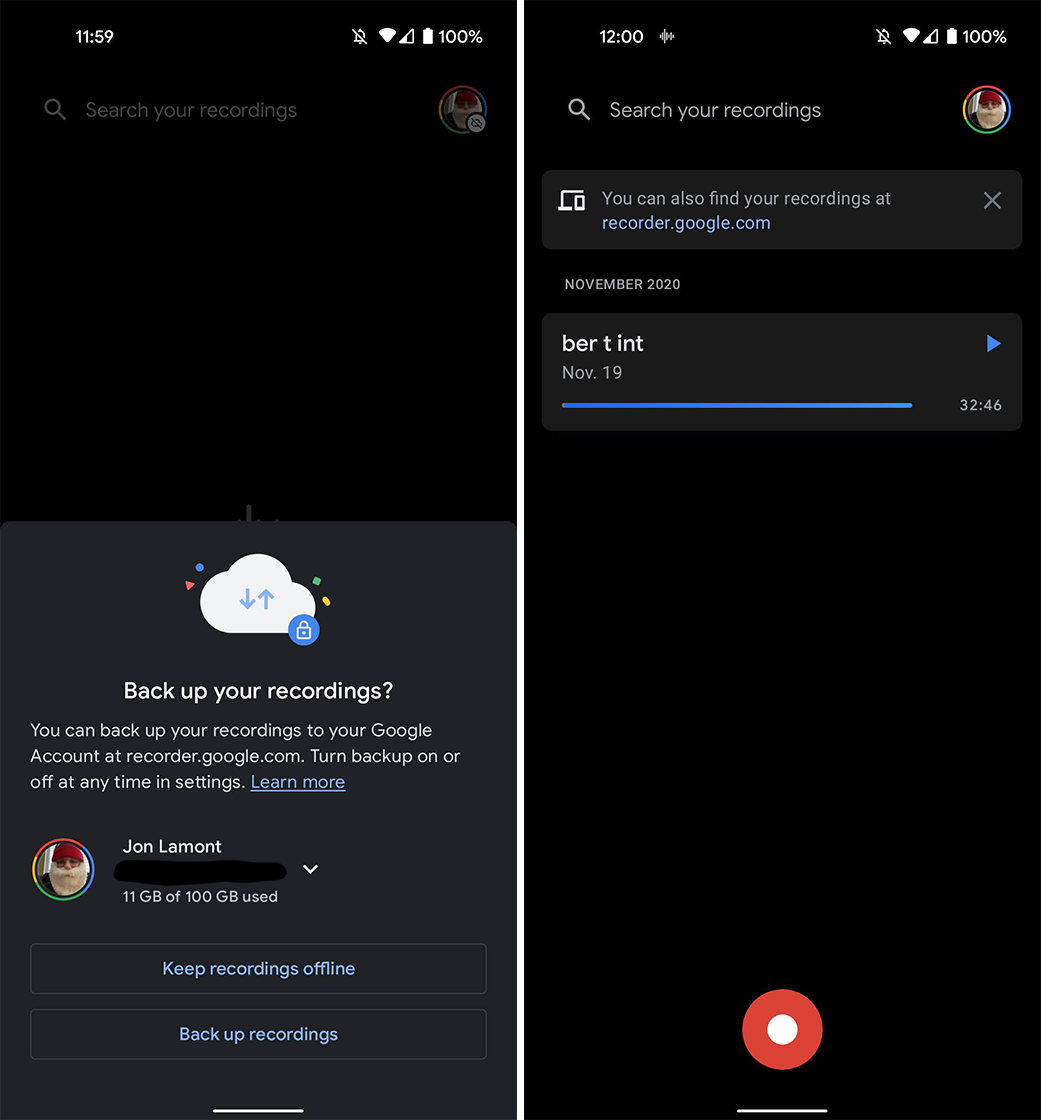 Once you enable backups, you’ll be able to access the web app too. You can type ‘recorder.google.com‘ into your browser’s address bar to view uploaded recordings, listen to them, or read the transcript. There’s also a side-by-side view that lets you view the audio and transcript at the same time.

Finally, the update enables a new sharing feature for backed-up recordings. Since recordings get stored in the cloud, users can generate shareable links to send recordings to other people. 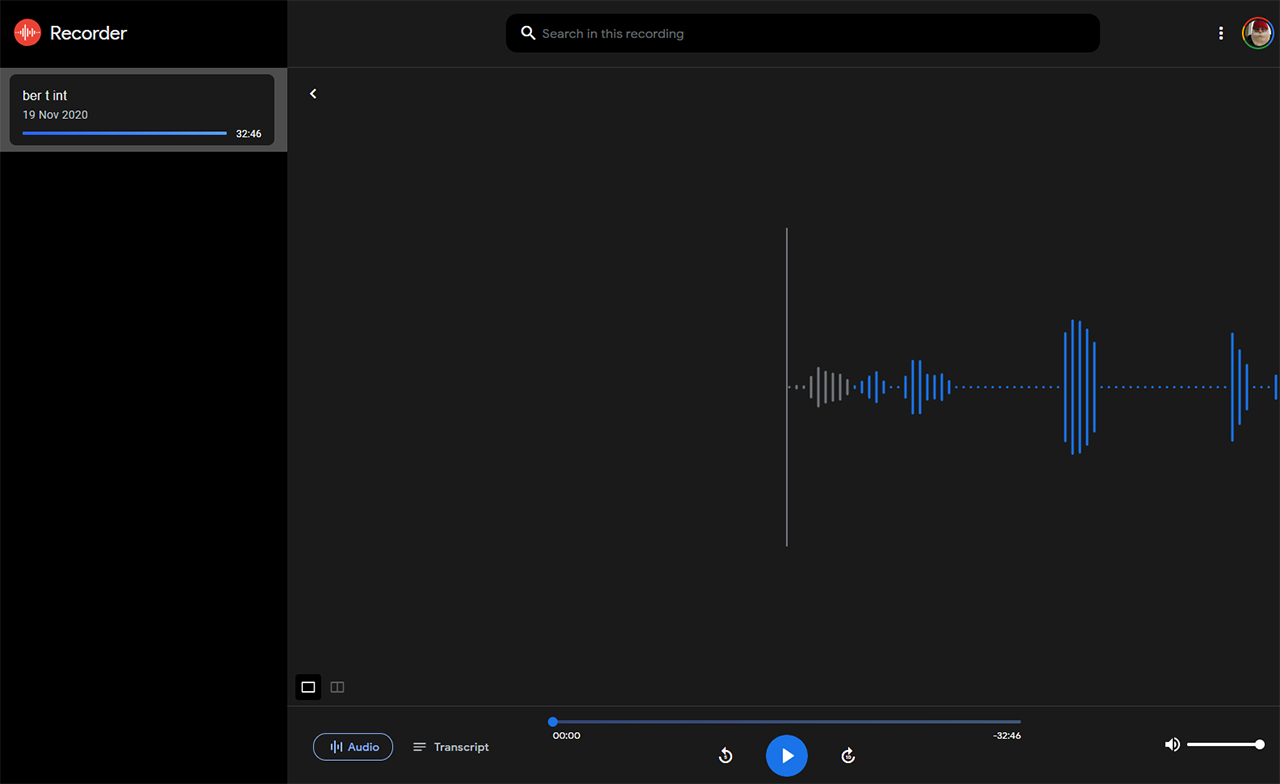 For someone like me, who regularly uses the Recorder app for work, accessing the audio and transcripts on my computer makes Recorder a much more convenient solution. Shareable links can also help with collaboration on larger projects.

Recorder version 2.2 is rolling out via a Play Store update now, although it’s not yet widely available (of the few Android devices I tried, only one had the update).