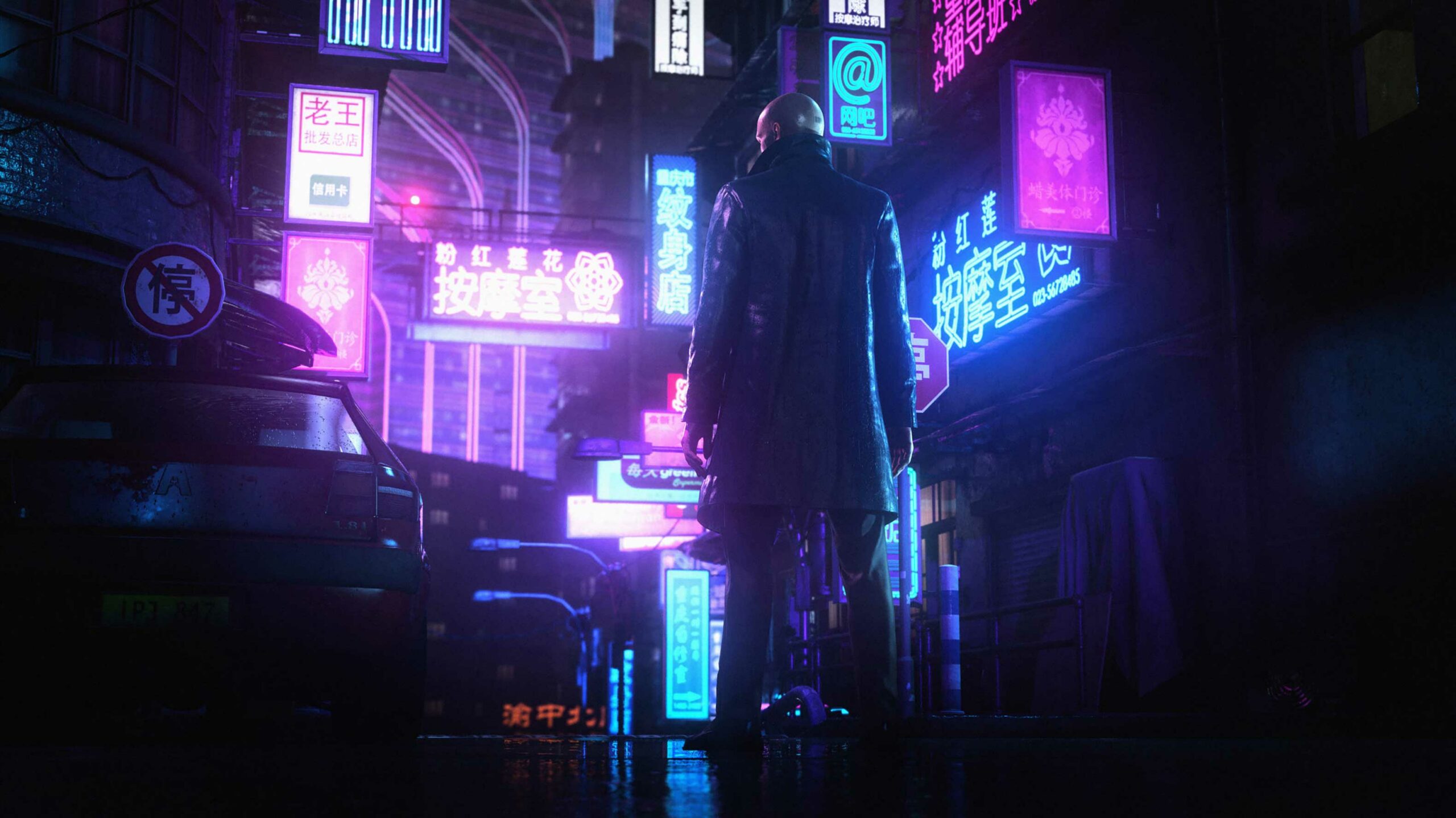 “I don’t know why, but I’ve always trusted a man with a knife,” Marcus Stuyvesant says with a laugh.

Stuyvesant, a leader in the shadowy criminal organization Providence, watches with glee as I lob a few knives at air vents-turned-targets that he’s strewn up for me on an upper catwalk of Dubai’s Burj Al-Ghazali tower.

High above the clouds, the boisterous Stuyvesant clearly feels safe, operating under the assumption that I’m a promising candidate to become his bodyguard after a thorough vetting process. What he doesn’t realize is that I’m actually Agent 47, the enigmatic hitman he needs protection from in the first place. Little does he know that I’ve left the real interviewee unconscious several floors below and slowly worked my way up the tower wearing his clothes and pretending to be him. 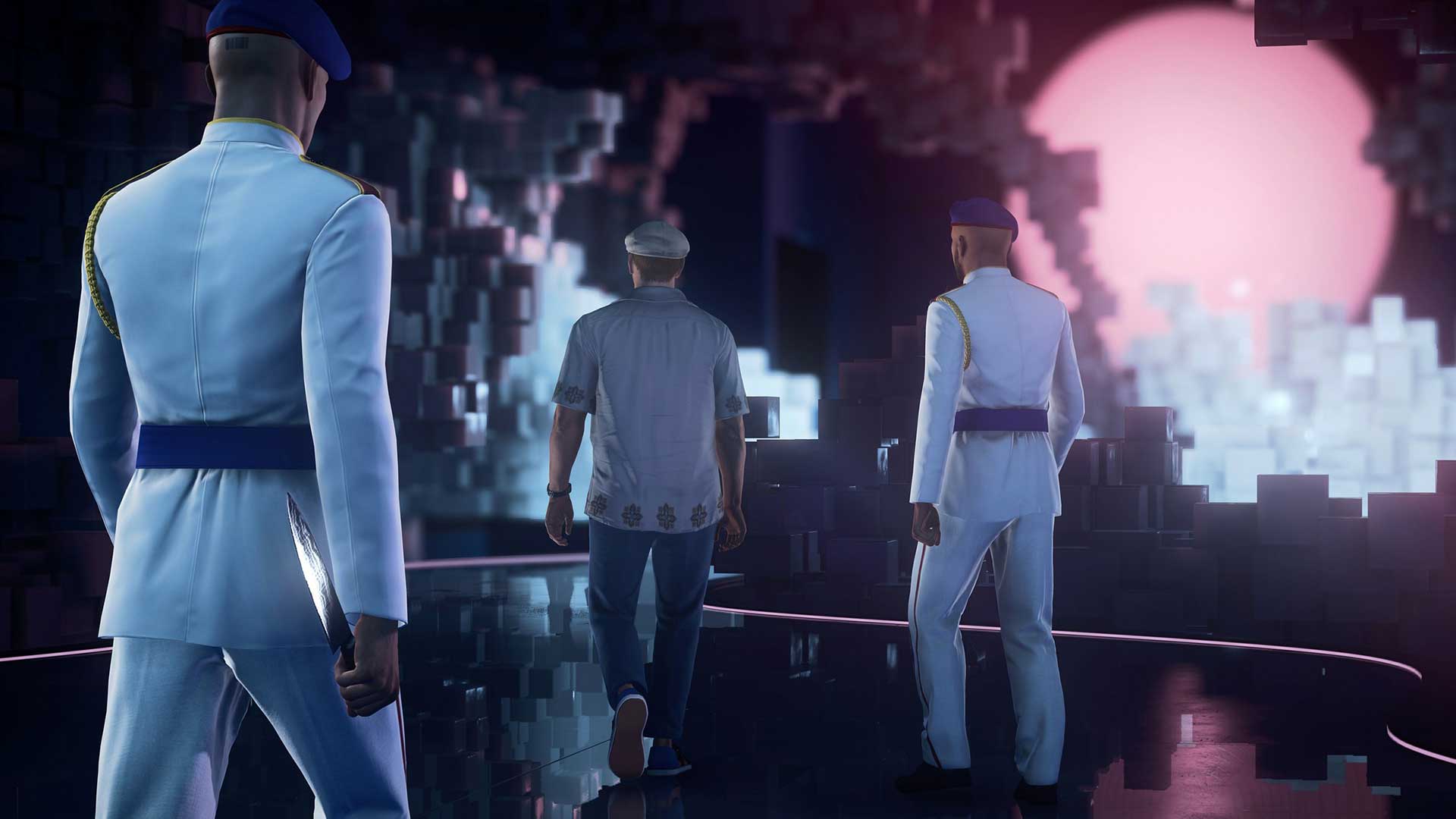 Seeing that I’ve hit all of his elusive targets with flawless accuracy, he excitedly tells me I’ve gotten the job, dismisses his current guard and begins to tell me of all the critical tasks he has planned for me. I’m not listening, though; now that we’re alone and I know just how much he enjoyed the knife show, I pick up one more blade and throw it straight at his head, killing him instantly.

Impressively, this is just one of many ways that I could have taken out Stuyvesant.

All the world’s a stage

Everything I just described took part in one scenario from the opening level of Hitman 3, IO Interactive’s final installment in its modern “World of Assassination” Hitman trilogy. This time around, Agent 47, handler Diana Burnwood and assassin ally Lucas Grey seek to dismantle Providence once and for all.

But that overarching narrative is absolutely not why you play these games. It’s a shlocky James Bond-lite spy thriller that, despite IO’s attempts to make more personal in the threequel by unpacking 47’s backstory, simply comes off as forgettable.

Instead, Hitman 3 — in keeping with its 2016 and 2018 predecessors — is all about sandbox-focused stealth gameplay. Through this, the game encourages you to create your own stories, your own Agent 47 hits — just as I did with Stuyvesant. To be sure, the core gameplay isn’t a huge leap forward from the previous two modern Hitman titles, but when the formula is so close to perfection already, all it needed was a few small refinements. And that’s exactly what IO has done.

The developer takes the impeccable level design found in the most recent Hitman installments and dials it to eleven. Everything you’d expect from these environments — the stunning attention to detail, variety of colourful non-player characters (NPCs) and a surprising degree of verticality are here. It’s the ways in which you interact with the world that are much more varied.

The biggest example of this comes in the game’s second level, a sprawling mansion in Dartmoor, England that’s home to a delightful Agatha Christie-inspired murder mystery. At the start of the mission, your goal is to simply assassinate the family’s matriarch, Alexa Carlisle, and steal some files from her. 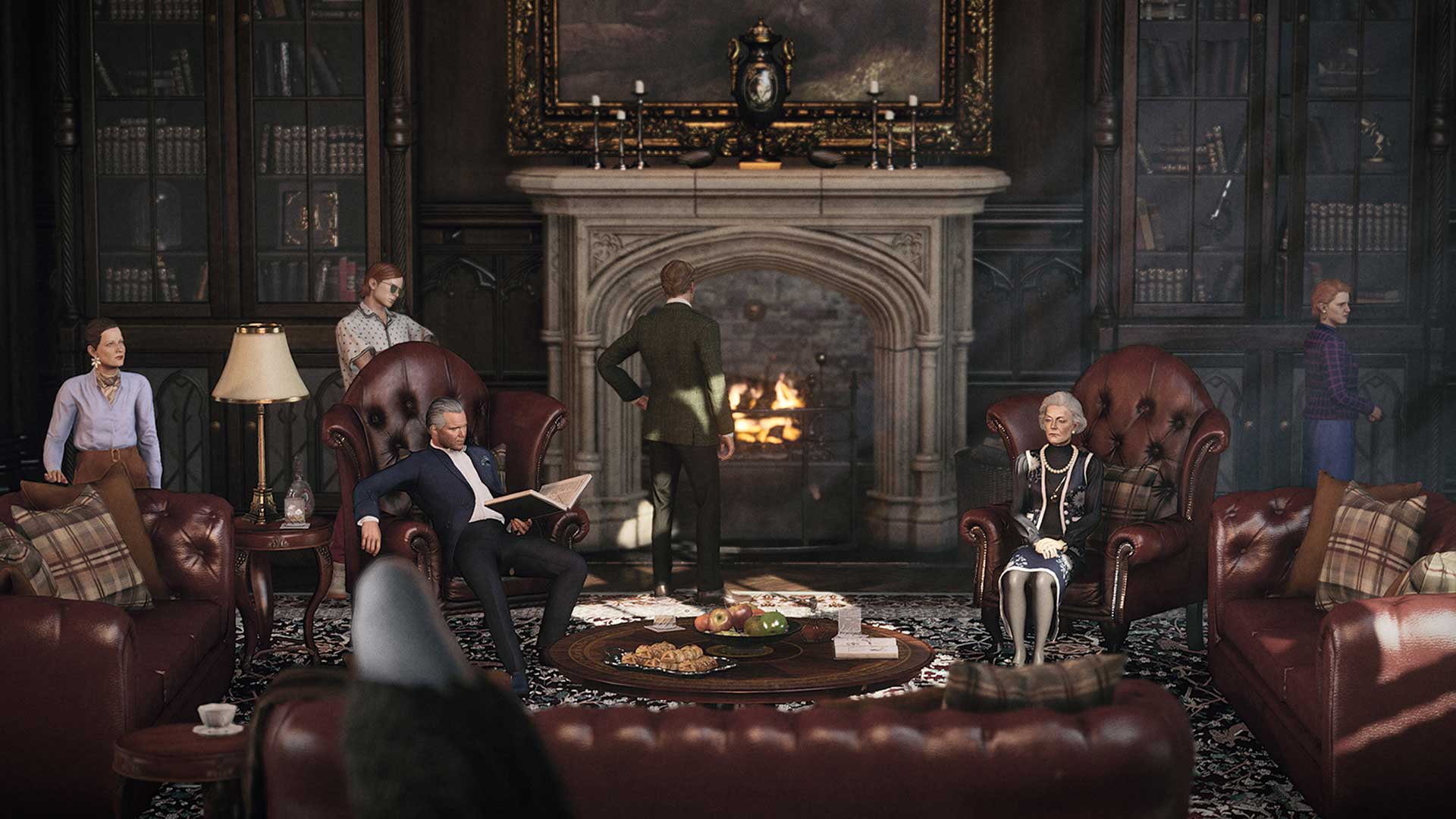 As with all of the other levels in the modern Hitman trilogy, Dartmoor has “Mission Stories” that you can discover to provide you with some guidance to gain access to a particular target, such as a person of interest who you can pose as. With Hitman 3, though, IO has emphasized fewer Stories that are instead richer in detail and emergent gameplay opportunities. The Dartmoor level, in particular, has a Mission Story that leads you to impersonate a detective who Carlisle has hired to investigate the death of her nephew.

Of course, this being Hitman, you could always take any number of paths to reach the ever-guarded Carlisle, like shooting a chandelier above her head, poisoning her drink or impersonating an aide for an up-close-and-personal neck snap. All of these are equally satisfying, especially as you have to adapt on the fly to NPC behaviour and avoid getting spotted d by those who can see through your disguise.

But if you choose to follow the Mission Story, you’re treated to a fascinating, in-depth murder mystery where you, as the “detective,” actually have to solve the case. This means going around the premises to interrogate each family member suspect, sneaking into family members’ room to look for incriminating evidence and, ultimately, present your findings to Carlisle. That IO went to the trouble of adding what’s ostensibly a one-plus-hour sidequest when you could far more easily just kill her through more conventional means is a testament to the level of creativity and charming dark humour of Hitman 3. 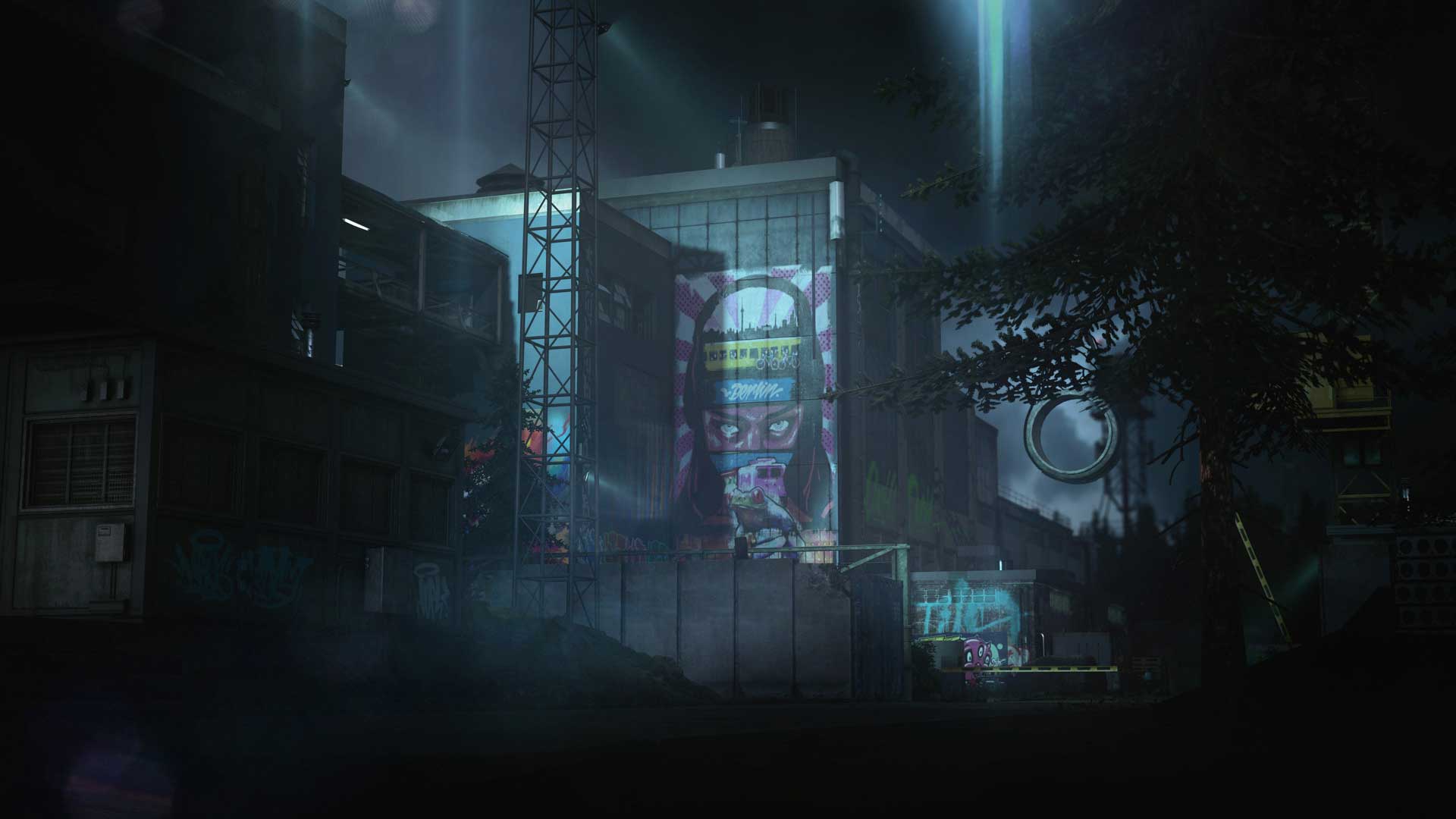 Just wait until you enter the dingy nightclub.

However, the mission after completely flips the script. For reasons I won’t dare spoil, 47 winds up at a Berlin nightclub without his allies, meaning you don’t have access to Mission Stories or other regular assistance. Instead, you’re simply told that several Providence assassins are roaming the club looking for you. This turns into an utterly engaging game of cat-and-mouse where you have to constantly swap disguises and traverse different floors of the club to locate a target and kill them before they get you. This is Hitman at its absolute best.

Regardless of how you choose to tackle a given level, though, Hitman 3 does offer a handy new gadget in the form of a camera that can scan locks to open up a new path — a window here, a vent there — into a room, adjacent area or even a shortcut to the mission exit. In the game’s beautiful rainy, neon-soaked Chongqing, China level, I was able to sneak through my target’s underground facility by opening vents that funnelled me through the service tunnels, which doubled as a handy place to dump bodies as needed.

While roaming another target’s sprawling estate in Mendoza, I didn’t yet have the clearance nor disguise to enter a winery to get the special bottle of wine I needed to deliver to the mansion. This meant I had to find the appropriate guard with the security key that I could then use with my camera to unlock a vent leading into the cellar. 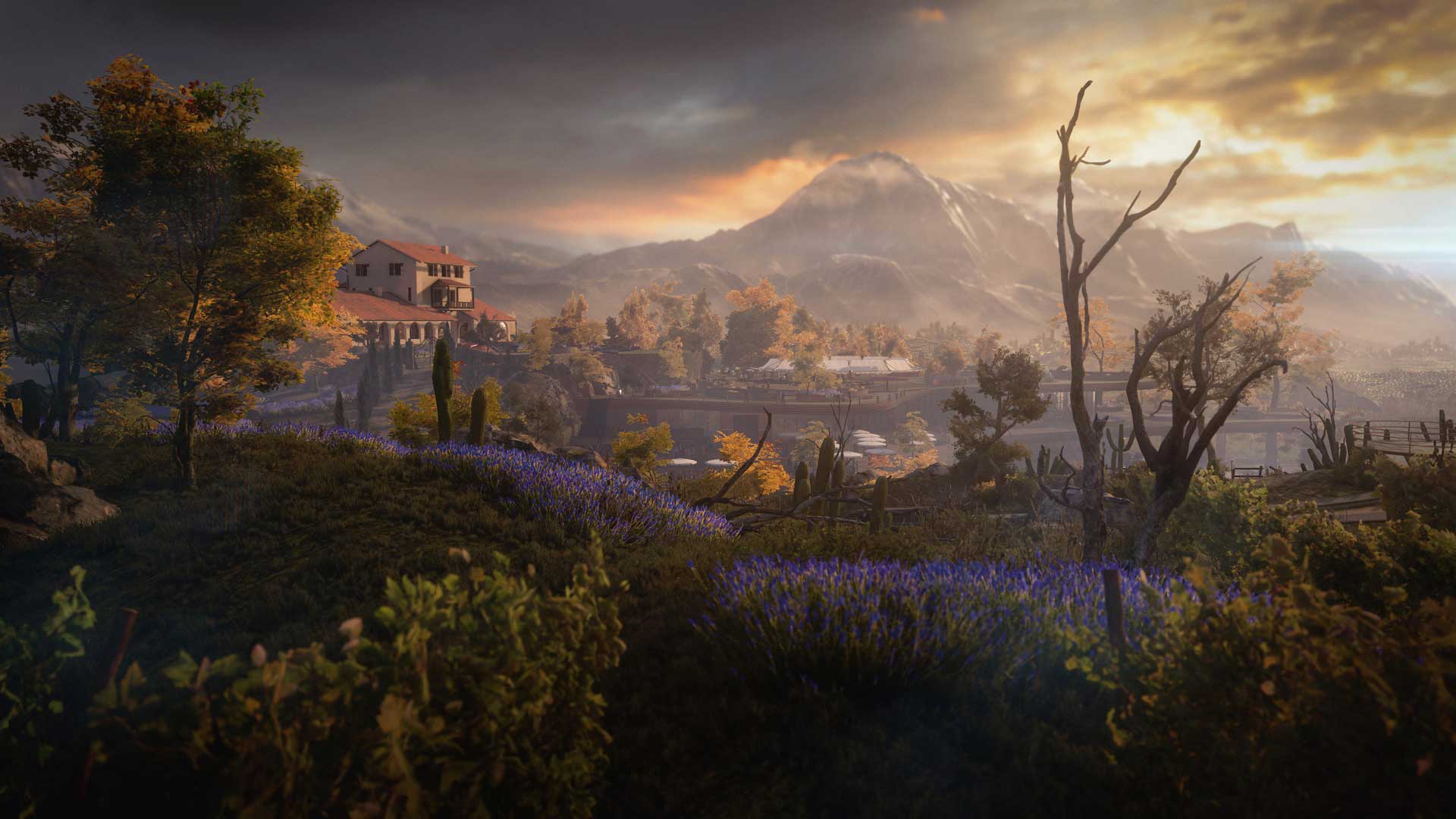 Hitman 3 also encourages you to pay even more attention to environmental cues that can help you clear a path for yourself. In the aforementioned Chinese lab, some careful exploration through the service tunnels led me to my target’s tablet, which gave me some info on her employees. I could then use her personal computer to dismiss her workers — each of whom oversaw a particular part of an area I needed to get into. Alternatively, I later learned that I could have used my camera to hack the workstations of lower-level employees to get them to leave and, as a result, have fewer witnesses around.

IO has done an excellent job launching Hitman 3 across various platforms: last- and current-gen consoles, PC, Google Stadia and, surprisingly, even Nintendo Switch via the cloud. On PS5, the game runs at a buttery smooth 60fps which, according to Digital Foundry, it maintains more consistently than the Xbox Series X. This, however, comes at the cost of 1800p resolution compared to Microsoft’s console supporting native 4K.

That said, the pixel difference is negligible — Hitman 3 is still gorgeous on PS5, especially in Chongqing as the rain drips down 47’s trench coat. More importantly, the high frame rate always ensures gameplay feels fluid, even in Hitman 3‘s incredibly dense, multi-layered locales with swaths of NPCs throughout. The PS5 version also supports haptic feedback on the DualSense for 47’s guns, which is always a cool feature but does feel a tad superfluous in a game where you’re often not shooting at all.

On top of all that, you can enjoy Hitman and Hitman 2‘s levels with the improved tech, thanks to IO commendably bringing them all to Hitman 3. They’re free if you own the older games already (and you can even carry over level progression and unlocks from them), or you can purchase them at a low price from your platform’s respective storefront.

IO didn’t even stop there. On PlayStation VR, every level in the World of Assassination trilogy can be played in full virtual reality. To be sure, some concessions had to be made; naturally, the beautiful environments are less crisp-looking and feature pop-ins in VR, while there are some wonky motion controls for melee and gun combat. If you can look past that, though, Hitman 3 is stunning in VR, offering a sometimes jaw-dropping level of immersion (especially in crowds) and even more variety to a franchise known for its diverse gameplay.

Keep in mind, though, that it’s a bit of a tedious setup process: you have to download both the PS4 version of the game (which comes included with the PS5 version) and order a free adaptor to play Hitman in VR. While this is an issue with Sony’s frustrating backward compatibility process, not IO, it’s still frustrating.

Hitman 3 doesn’t reinvent the wheel. If you’re expecting a radically different experience this time around (especially an improved story), this isn’t for you. 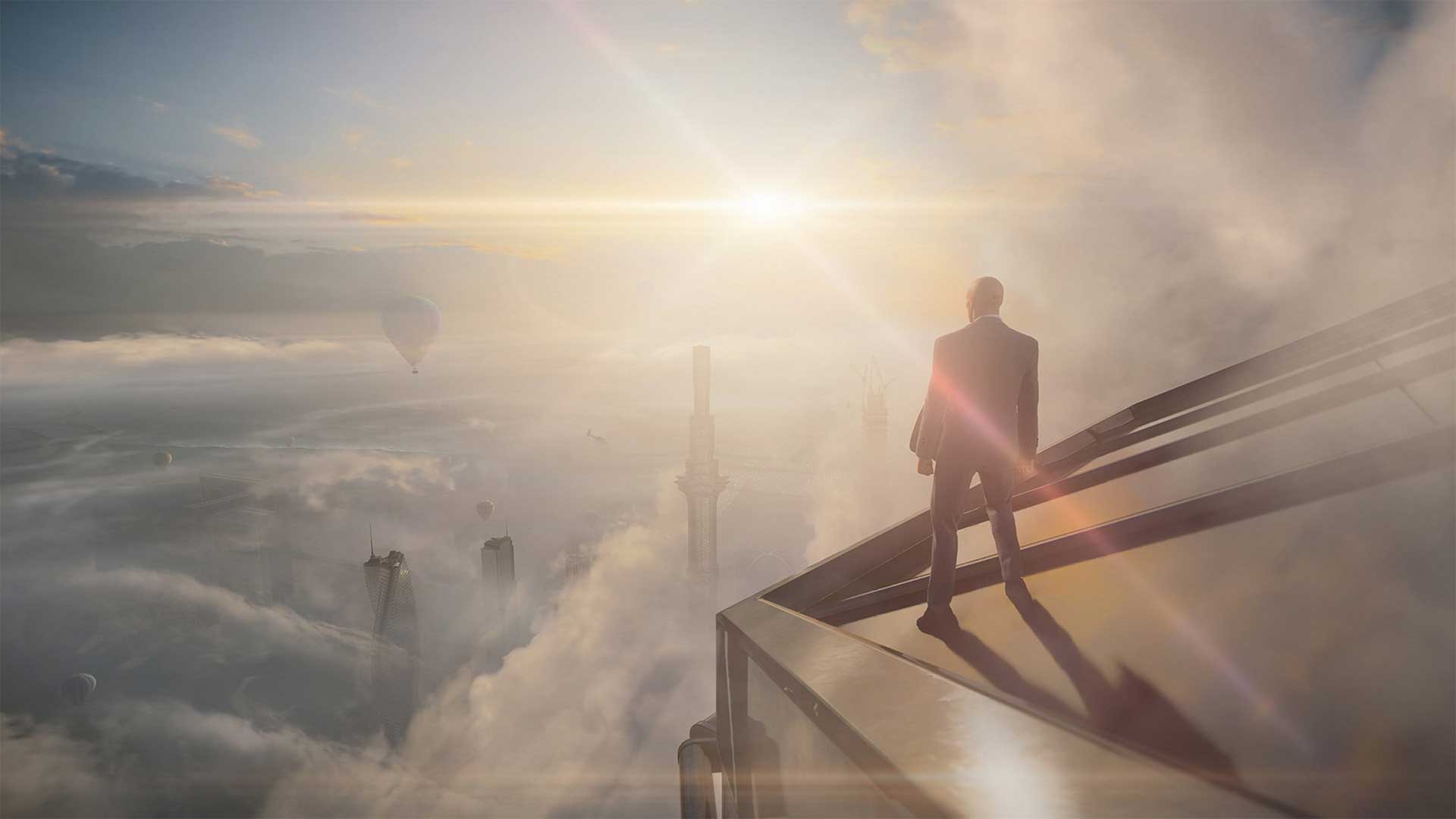 But none of that really matters when Hitman 3 does everything else so spectacularly. With masterful level design, gorgeous environments, remarkable opportunities for emergent gameplay and an ever-endearing penchant for black comedy, Hitman 3 is an absolute masterpiece and an early 2021 game of the year contender.

We might not get another Hitman for quite some time as IO moves onto James Bond, but that’s fine by me — I’ll be continuing to play around in Hitman 3‘s magnificent sandboxes for a long time to come.