The company has yet to reveal the price 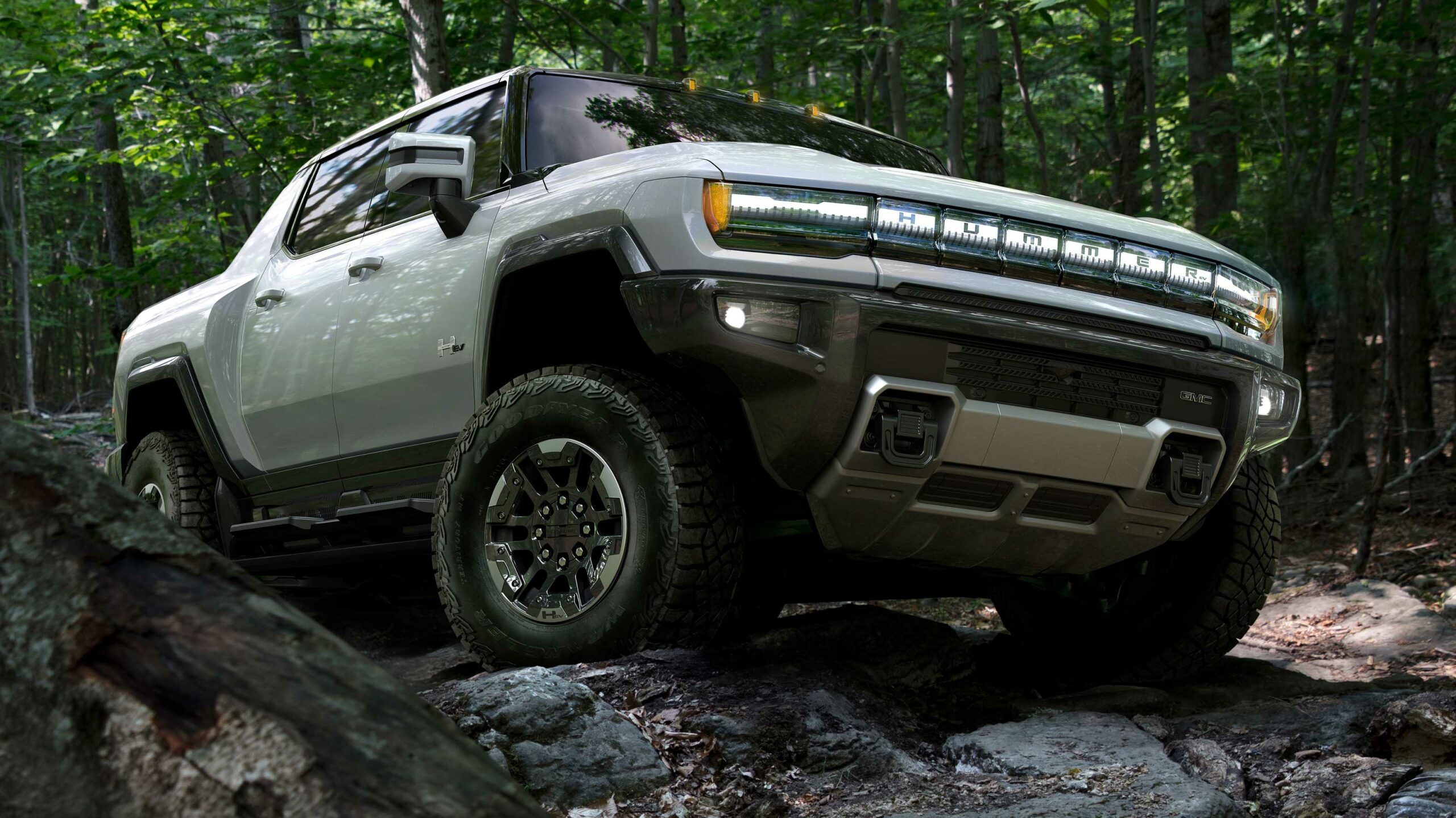 After months of teasing, General Motors (GM) has finally shared the look and the specifications of its all-electric Hummer-branded pickup truck.

The company says that the new truck will hit the road during the fall of 2022 with an estimated range of over 560km, according to its early testing.

Beyond this impressive range, the new truck is slated to have 1,000 horsepower and GM-estimates roughly 11,500 lb.-ft of torque. This is generated by three motors packed inside of what GM is calling the Ultium Drive unit.

This Ultium branding is unsurprisingly all over the truck since it’s using General Motors’ new modular battery system.  This system includes the “Ultium Drive architecture” and “Ultium batteries.” While this may sound cool, it’s just a fancy name for the modular system GM developed to help streamline the production of multiple EVs using similar parts.

You can read more about the tech behind these batteries in GM’s press release. For comparison, Volkswagen is calling its system the ‘MEB platform. ‘

The new truck can use 350kW fast chargers to get roughly 160km of range in 10 minutes. This is moderately impressive since 350kW charging is the industry standard for ultra-fast vehicle charging, but it’s still going to take the truck around 40 minutes to top up.

GM has packed in the latest version of its ‘Super Cruise’ software, which gives drivers perks like automatic lane changes and hands-free driving. 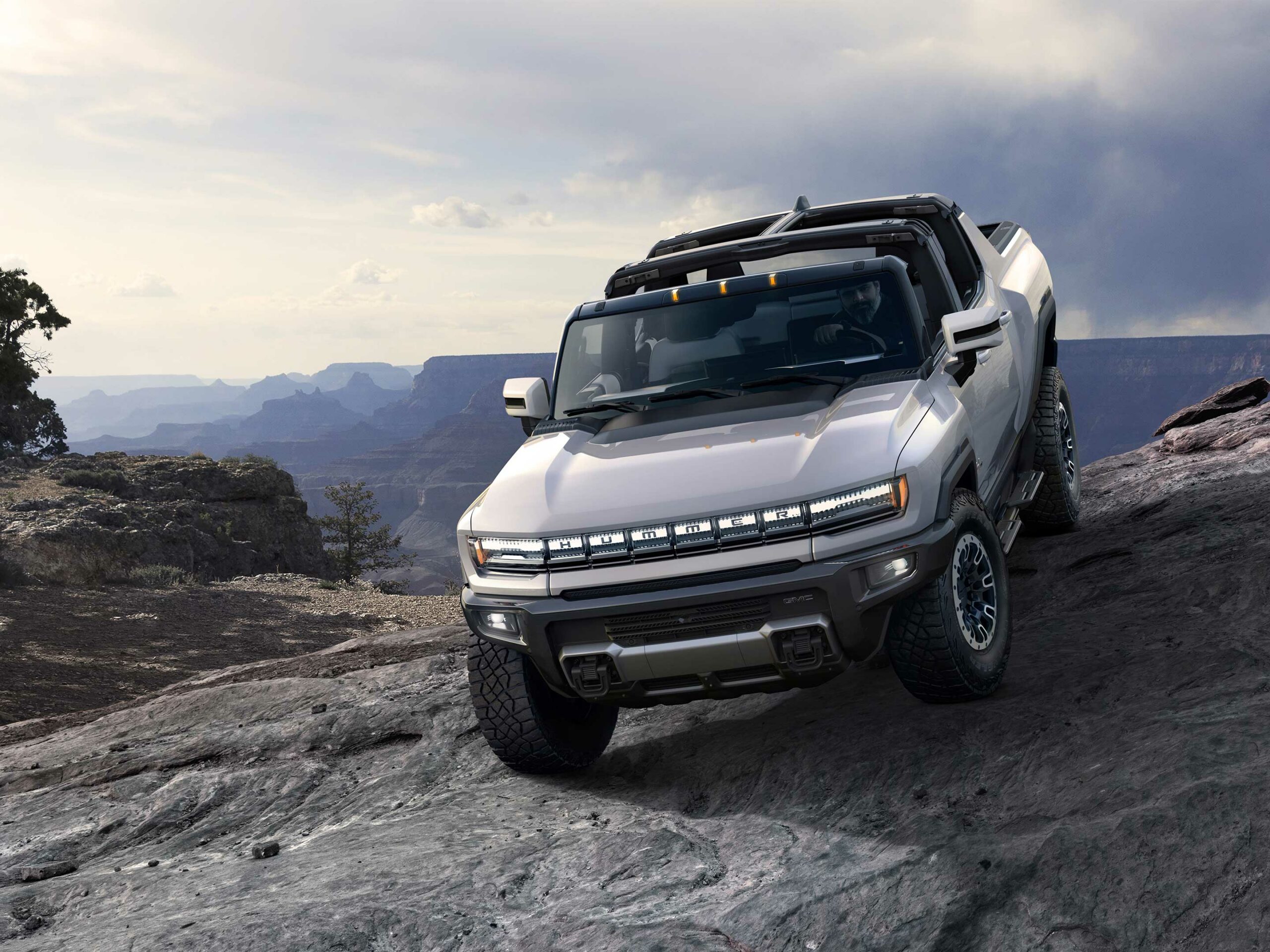 There is also a unique ‘Crabwalk’ feature that can turn all four of the truck’s wheels at once, allowing it to move side-to-side as well as forwards and backwards. Pairing this with an adjustable air suspension that can raise to six inches when needed should make the new Hummer one of the most versatile off-road vehicles ever.

There are also two cameras mounted under the truck to give drivers another view when they’re tackling rough terrain.  This is useful since seeing what’s directly in front of a truck isn’t easy since it’s such a large vehicle. Since these cameras will be subjected to a lot of abuse, GM also says that they’re equipped with a wash function.

While it’s unclear how many cameras are on the new Hummer, GM does mention that they’ll give drivers “up to 18 available views to help increase awareness of surroundings.” 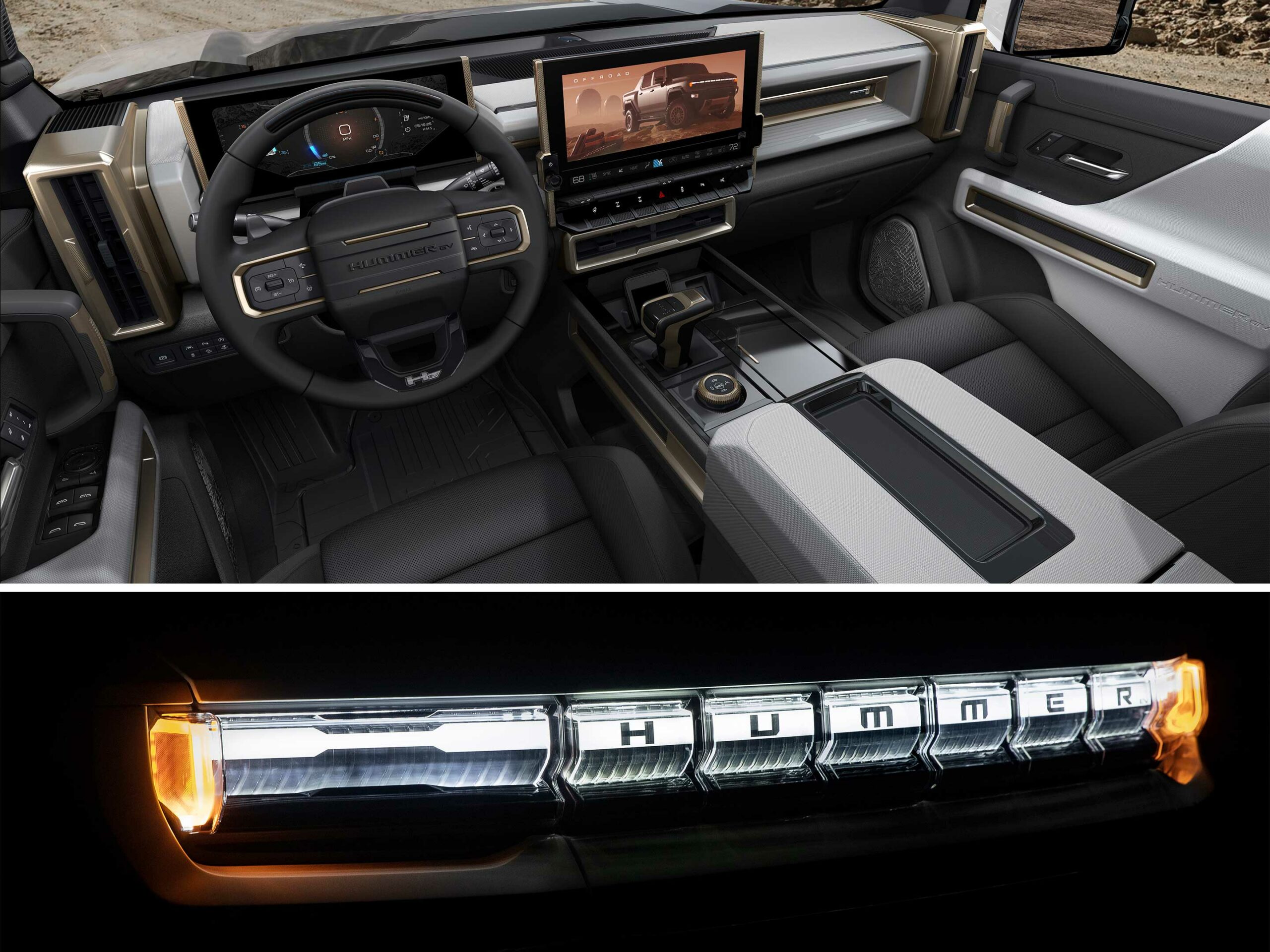 GM says that the truck will debut in the ‘Edition 1’ trim package, which provides several other features, including acceleration of 0 to 97km/h in three seconds.

On top of that, drivers can expect a removable hard-top styled roof that can fit in the Hummer’s front truck, plus a rear window that rolls down and a powered tonneau cover.

On the inside, there’s a large 13.4-inch main panel and a secondary 12.3-inch screen above the steering collum to display classic car information like speed. The inside is also outfitted in “premium, technical” materials.

Production begins in late 2021 in the U.S., with Canadian production ramping up in the fall of 2022, which is also when Canadians can expect to get behind the wheel of the new truck.