Score touchdowns and manage your team with the excellent football game 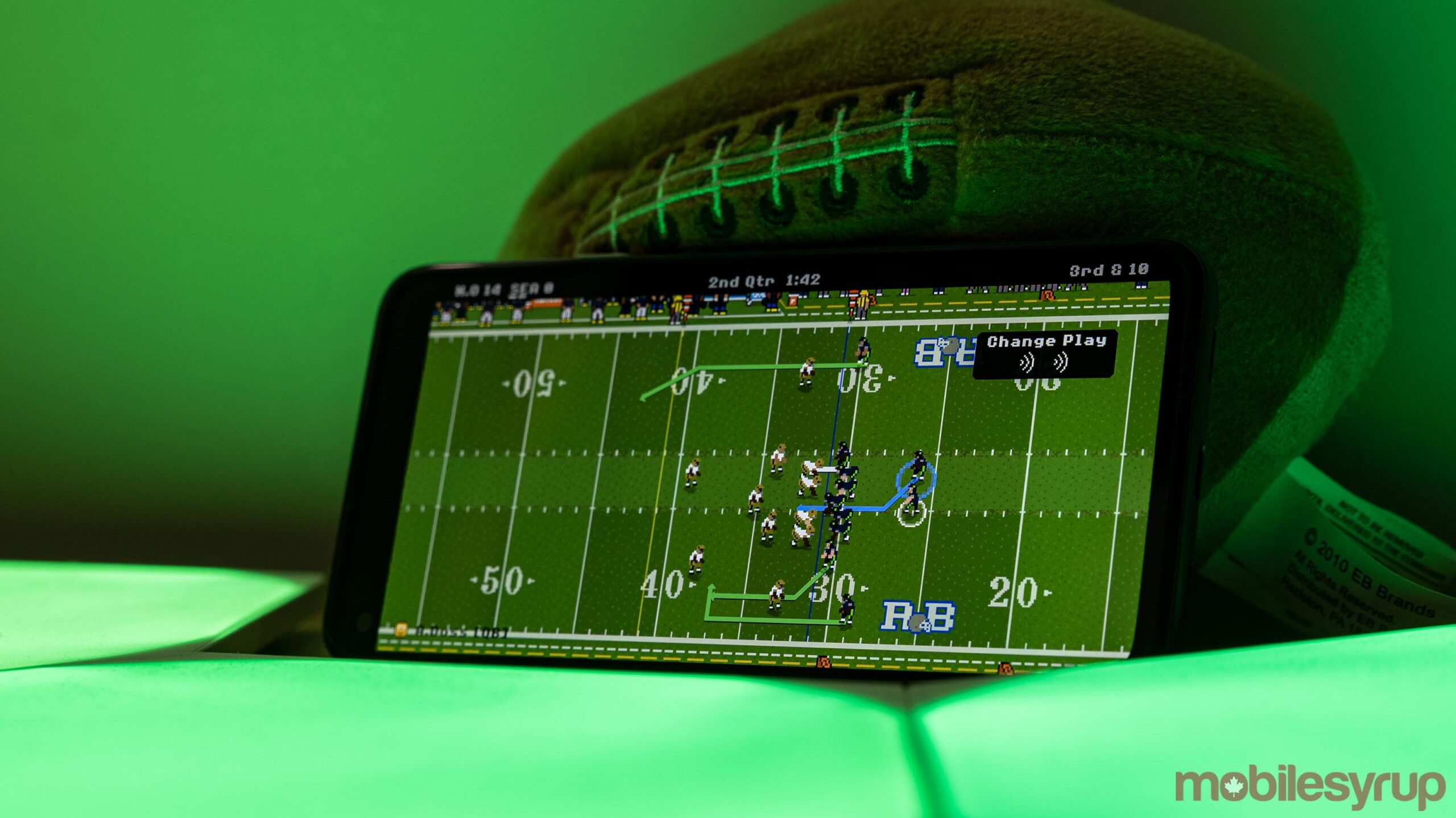 If you’ve ever watched a football game and found yourself thinking you could do a better job than the coach, Retro Bowl is for you.

This excellent title made by New Star Games isn’t new, but it’s insanely good. The premise is simple: players take on the role of a new coach with an NFL team and have to build their team up to win the titular trophy.

I’m not really a sports guy, but when I first picked up this game earlier this month I could hardly put it back down. Part of the magic for me was that the game was part management simulator and part actual football game. I could study stats of different rookies, make trades and hire players to improve my teams offensive and defensive rating.

I also had to balance the contracts of my offensive and defensive assistant coaches, keep an eye on team morale and keep my fans happy by winning. Plus, the game periodically throws decisions at you, like whether to meet with fans or attend a meeting with the owner, or fine a player for breaking the law.

Coaching the team on the field is a blast

Along with those duties, I actually had to coach (read: play football) from time to time. Players get a birds-eye-view of the field and can control the quarter back, making decisions about the plays to run, whether to run the ball or throw and when to kick or punt. For the most part, gameplay is deceptively simple. You slide your finger on the screen to aim your throw and release to launch the football.

Simple as it is, it feels great when you make that perfect pass, and it’s absolutely crushing when the other team nabs the interception.

Other parts of the gameplay rely on simple prompts. For example, before each play you can tap a ‘Change Play’ button to switch up which routes your offensive players will run. The better your quarterback, the more changes you can make. You also get a set number of timeouts that you can trigger to pause the clock when need be.

When handling kicks, the game simply asks you to tap once to lock in the kick power and tap a second time to set the angle. Finally, players can swipe on the screen to dodge while running the ball. For example, swiping up or down will make your character dodge laterally across the field, swiping back will make him slow up while swiping forward will make him dive.

My only real gripe with gameplay is that players only have agency over the offensive part of the game. When it comes to defence, the game becomes like a random number generator that determines your success based on how good your defensive line is compared to the computer’s offensive line. That said, I’m not sure how New Star could incorporate defence other than to give the player a few choices of formation.

Aside from the gameplay, Retro Bowl offers some excellent retro visuals. It really feels like I’m playing an old Nintendo Entertainment System sports title and I think it looks great.

You get a lot of game for not much cash

If all that isn’t enough, the game is also completely free to play and doesn’t have ads. Instead, New Star locks some features behind a $1.39 ‘Unlimited’ purchase, but none of these are critical to the game. Unlocking the unlimited version lets you edit the names of teams and their uniform colours, enable weather effects and increase the roster size from 10-man to 12-man. The other benefit is you can change the difficulty.

By default, the game uses a ‘dynamic’ system that adjusts the difficulty based on how well you do. If you go on a winning streak, the computer ramps up the difficulty, while getting easier for players on a losing streak. For the most part, I found this worked well until a point. At a certain level, the computer players become better catchers than your players and the number of intercepted throws can get out of control. With the Unlimited purchase, you can lock your difficulty to ‘Easy,’ ‘Medium’ or ‘Hard.’

There are some other in-game purchases available, but it’s just the game’s ‘Coaching Credits’ currency, which players can use to upgrade their training facilities and stadiums as well as meet with struggling teammates to boost their morale. Ultimately, I found you could earn enough of these in game that buying them wasn’t necessary.

All in all, Retro Bowl has consumed far more hours over the last month than I would like to admit. Whether you’re a football fan or not, there’s plenty to enjoy in this charming titles and at the cost of $0 there’s nothing to lose trying it out.

Retro Bowl is available to play for free on iOS and Android, as well through your web browser with a service called ‘Poki.’ Personally, I stick with playing on your phone unless you have a touch screen as using a mouse instead doesn’t really work.