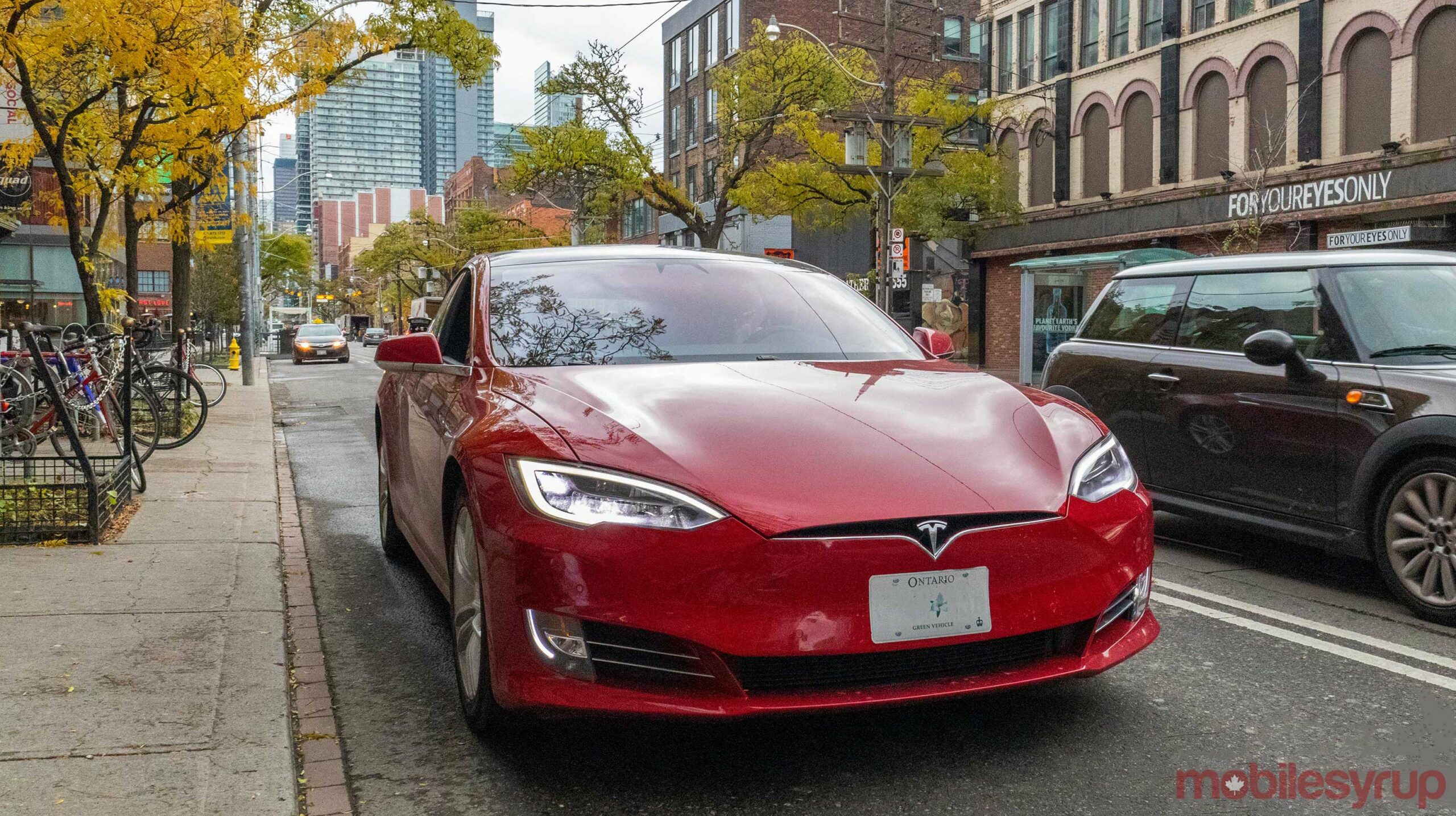 In Alberta, a Tesla Model S owner has been charged with being asleep behind the wheel at speeds of 150 km/h.

On July 9th, the RCMP said they received a complaint regarding reckless driving on Highway 2 near Ponoka, Alberta. The police state that the vehicle appeared to be self-driving, that both occupants had their seats completely reclined and appeared to be sleeping while moving at speeds of 140 km/h.

Officers started pursuing the vehicle with their emergency lights flashing, but then the car began to accelerate, reaching speeds of 150 km/h. After eventually pulling over the car, the 20-year-old male from B.C. was charged with speeding, driving while fatigued and dangerous driving.

“Although manufacturers of new vehicles have built-in safeguards to prevent drivers from taking advantage of the new safety systems in vehicles, those systems are just that — supplemental safety systems,” Superintendent Gary Graham of Alberta RCMP Traffic Services, said in a statement.

“They are not self-driving systems, they still come with the responsibility of driving.”

Tesla’s Autopilot Level 2 is not entirely autonomous. While the system supports adaptive cruise control, lane keep assist, self-parking and the ability to change lanes, it still requires a driver’s hands on the steering wheel to work. If a driver removes their hands from the wheel, the display starts to flash, and after audible warnings, Autopilot turns off.

It’s unclear how this 20-year-old tricked the autopilot system into continuing to run while he slept.