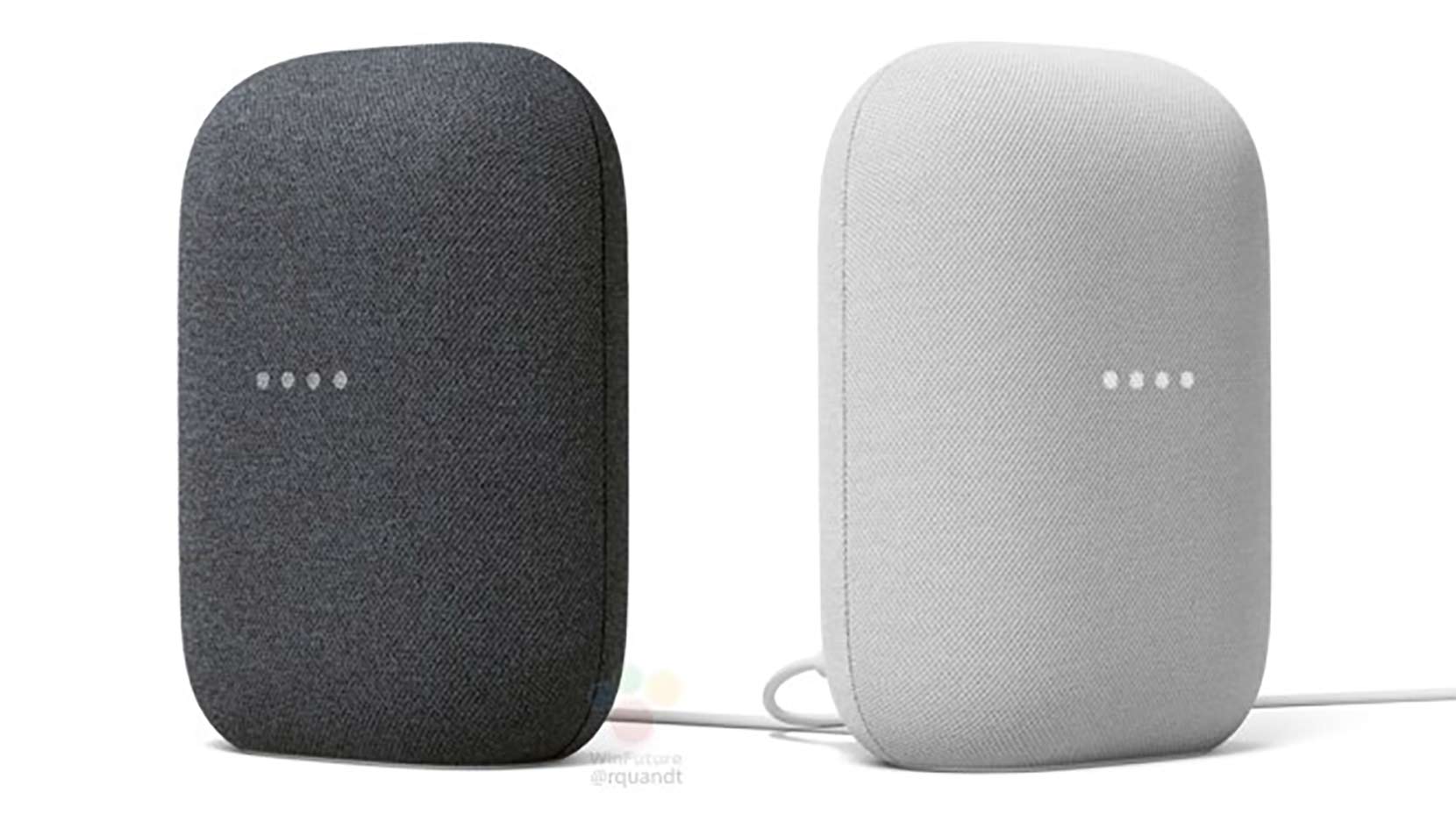 On September 30th Google will likely unveil a new duo of Pixel smartphones, but the company is also rumoured to have plans to show off a refreshed Nest speaker and Chromecast at the same livestreamed event.

Ahead of the speaker and streaming device’s official reveal, leaker Roland Quandt has shared images of the upcoming two smart home devices.

….and here's the new #Google #smartspeaker feat. Google Assistant in official marketing pics. Much bigger than the Nest Mini w/ what looks like proprietary power supply. Google #NestAudio or what ever it will end up being called. https://t.co/ocXCYLkqbp

Google’s new speaker will sport the Nest audio brand and will be available in ‘Charcoal’ and ‘Chalk’ colour variants.

Quandt hasn’t shared any technical details about the smart speaker, but according to previous rumours, the device is designed to be stationary and will feature improved sound quality.

Additionally, there’ll be four LEDs on the front under the fabric cover that indicate when Google Assistant is activated.

On the back, there’s a small G logo and a proprietary port for a power cable.

Google released official press images of the smart speaker this past summer following a leak, but it has yet to officially reveal the device.

Google #Chromecast with #GoogleTV (full Android TV)… got a bunch final product pics for you. Excuse the low res on some. The remote has _extra buttons_ for YouTube and NETFLIX! https://t.co/LffP1maxTV

Next up is the ‘Chromecast with Google TV.’

The Chromecast plugs directly into an HDMI port and is supplied with power via a USB port. It’s an oval dongle that sports an LED on the back as well as a reset button.

It also features a four-core AMLogic S905X2 chip with 2GB of RAM and a remote.

The remote sports a D-Pad with navigation buttons and a Google Assistant button. Further, there’s a button that users can assign their favourites, along with dedicated YouTube and Netflix buttons. There’s also a back button for navigation.

And lastly, the side of the controller features two buttons to control the volume.

Google will likely reveal the Chromecast with Google TV, its new Nest speaker, the Pixel 4a 5G and the Pixel 5 on September 30th.