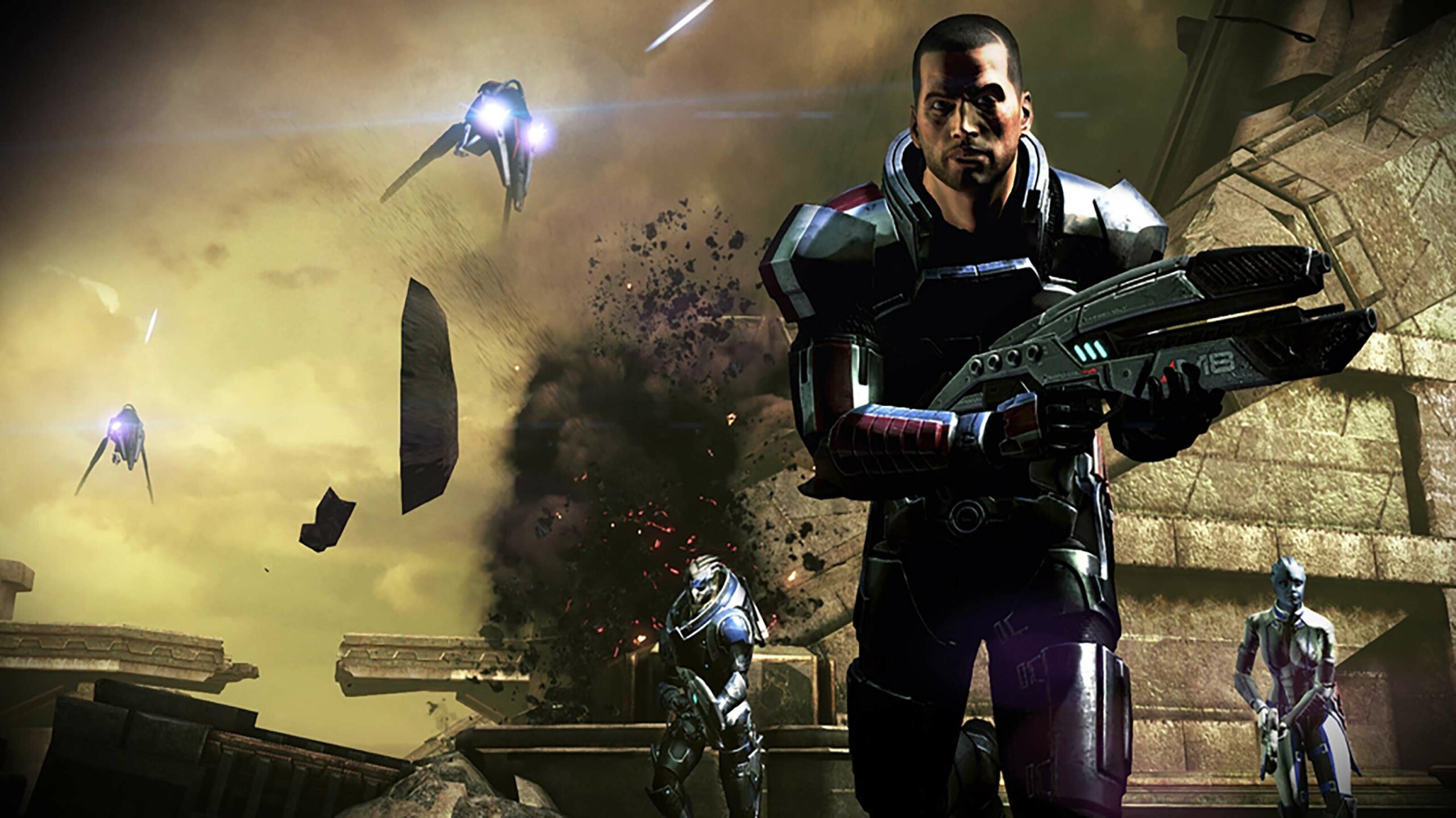 The long-rumoured remaster of BioWare Edmonton’s Mass Effect trilogy may finally be imminent.

The listings appear to be still new tho 🤔 pic.twitter.com/I7nsqpgQv7

Although they’ve since been been taken down, the website had three individual listings for PlayStation 4, Xbox One and, most interestingly, Nintendo Switch versions of the game. Additionally, the listings pointed to an October release window.

While a retailer’s website in and of itself isn’t particularly credible, it does line up with previous rumours surrounding a potential Mass Effect trilogy remaster. Over the past several months, VentureBeat‘s Jeff Grubb, an industry insider with a solid track record of scoops, has teased that a remaster of the Mass Effect trilogy is coming.

Last month, he mentioned that publisher Electronic Arts is planning to reveal the game in early October and release it later that same month. To date, Electronic Arts hasn’t ever commented on the possibility of a remaster. While Grubb did note that COVID-19 related development issues could ultimately delay the game, Gaming Replay’s listings seemingly corroborate his statement on an October release.

However, neither Grubb nor Gaming Replay’s listings have indicated what we can expect from “Trilogy Remastered.” Of course, the title of the game makes it quite clear that this collection would, at the very least, include all three of the popular third-person shooter-RPGs in one collection, with some sort of visual enhancements.

Beyond that, it’s unclear exactly what other improvements might be offered in the remaster. The first game, in particular, has definitely aged somewhat poorly from a gameplay perspective, so it remains to be seen whether the remaster might feature some tweaked mechanics. It’s also unclear whether “Trilogy Remastered” would include any or all of the trilogy’s extensive lineup of downloadable content.

The Mass Effect trilogy originally released between 2007 and 2012 on Xbox 360, PlayStation 3, PC and Wii U, to critical and commercial success. A fourth game from the now-dissolved BioWare Montreal, Mass Effect Andromeda, released on current consoles and PC in 2017 to a much more mixed reception that the original trilogy.

It’s not yet clear whether BioWare Edmonton is involved in the remaster, or, more likely, if the project has been outsourced to another company. BioWare general manager Casey Hudson, who directed the original trilogy, has simply teased that new Mass Effect projects are in the works.

In any case, the Canadian developer has certainly kept busy since the Mass Effect trilogy, having released the well-received Dragon Age: Inquisition in 2014, and the relatively poorly-received Anthem in 2017. Currently, the studio is working on a “substantial reinvention” of Anthem to address player feedback, as well as a mysterious new Dragon Age title.