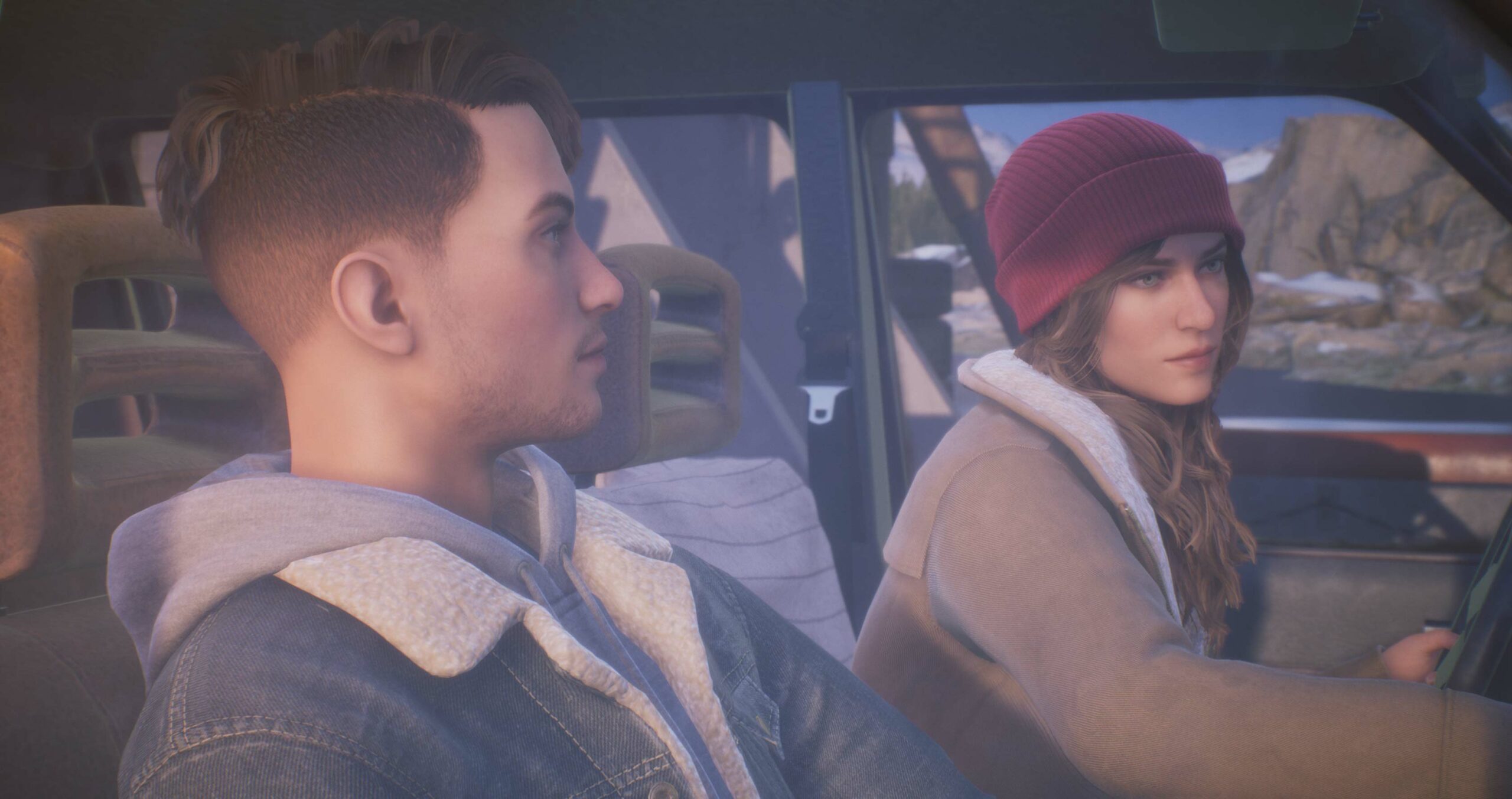 Dontnod Entertainment has made a name for itself in recent years for critically-acclaimed narrative adventure games.

Through 2015’s Life is Strange and follow-up games The Awesome Adventures of Captain Spirit and Life is Strange 2, the French developer has told a variety of excellent coming-of-age stories featuring eminently relatable young men and women.

With Tell Me Why, however, Dontnod has told its most timely and deeply affecting story to date.

The three-episode game follows twins Tyler and Alyson as they reunite after a decade and return to their childhood home in the fictional village of Delos Crossing, Alaska. Initially, they’re simply looking to sell the place and move on with their lives, but they’re soon forced to confront the traumatic memories of their youth and discover what led to the death of their mother, Mary-Ann. Playing as both Tyler and Alyson, you’ll have to explore Delos, speak to the townspeople and make choices to uncover the truth.

Right from the start, Tell Me Why does a fantastic job getting you invested in the twins by unravelling their sympathetic backstories. Alyson has been living with Eddy, Delos Crossing’s police chief, since Mary-Ann died, which afforded her a relatively more stable upbringing. Tyler, by contrast, was blamed for the death of Mary-Ann, and sent away to the Fireweed residential centre for troubled teens.

As a result, the twins have spent nearly half their lives apart, forcing them to deal with their trauma without each others’ support. Of course, people cope with grief in different ways, and so Tell Me Why explores Alyson and Tyler’s respective struggles in the years following Mary-Ann’s death. Alyson carries a great deal of guilt over the events of their childhood, while Tyler had to go through Fireweed without any real friends as he transitioned to a male. 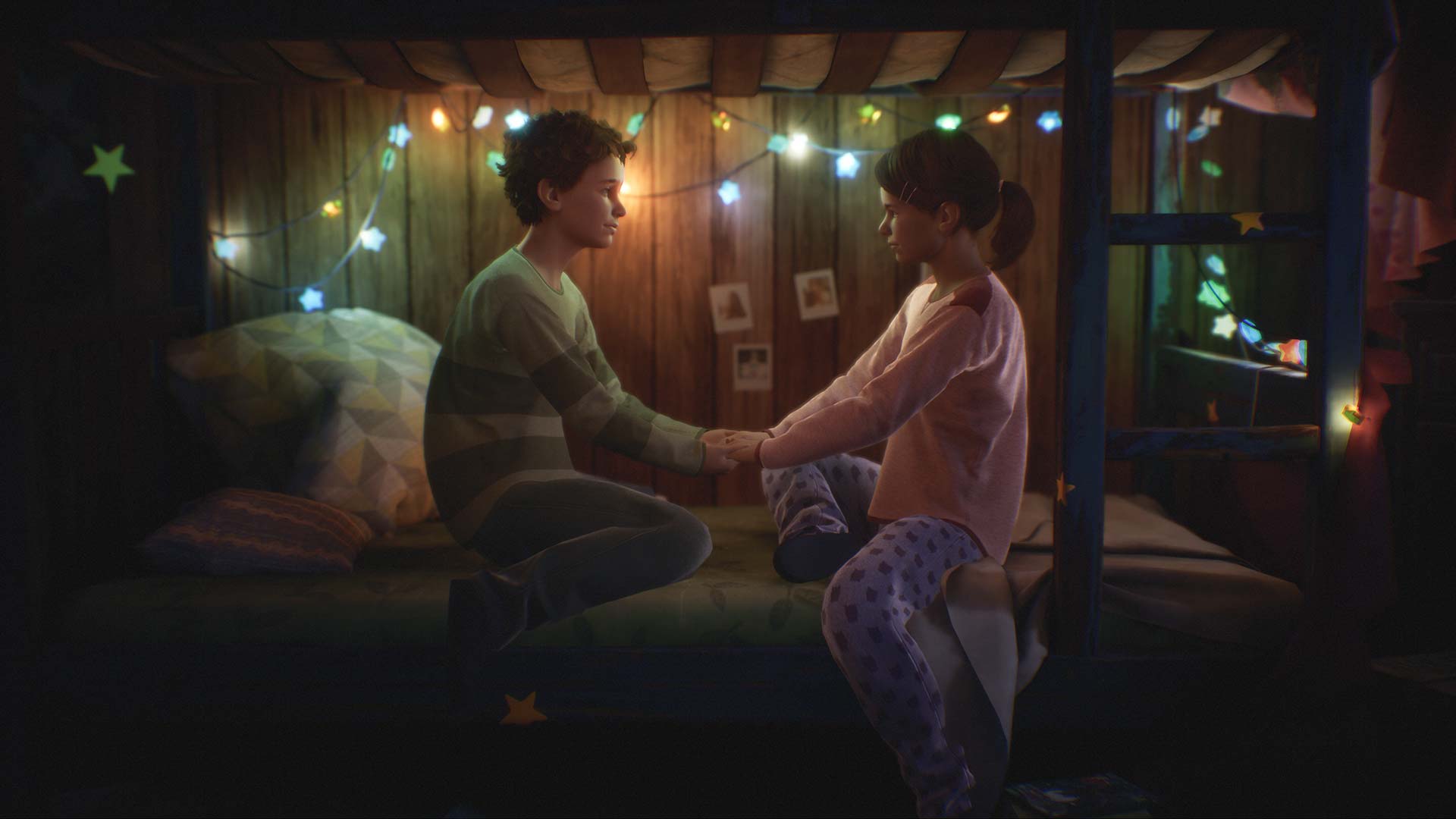 With respect to Tyler’s story, Dontnod and Xbox have taken great steps to ensure they’ve depicted his trans experience as authentically as possible. Specifically, trans experts from GLAAD were heavily involved in the creation of Tell Me Why, as was Austin Black, the trans actor who voices Tyler. Moreover, the game’s official website even offers a warning regarding subject matter that might be triggering for some players. It’s a refreshingly thoughtful approach to representation that’s evident in the way Tyler is actually written, with his trans identity being a touching source of genuine warmth and confidence for him amid life’s hardships. Games, above any other medium, can evoke empathy by actually putting you in the shoes of a character, and Tell Me Why uses this to great effect to help you better understand Tyler’s life experiences.

But Dontnod also wisely understands that while being trans is an integral part of Tyler, it’s not his sole characteristic. Beyond that, he’s a mature man who’s trying to heal with his sister and, ultimately, become a park ranger due to his love of the environment. This is a bumpy process for them both, undoubtedly, but it makes for a litany of endearing character moments. In particular, Tyler and Alyson’s acknowledgement that they were reluctant to keep in touch over the years out of fear of reopening old wounds is achingly tender, while the joy they share in reminiscing on the good times of their childhood is infectious. Ultimately, it’s incredibly moving to watch as the twins work together to overcome their grief, and it’s all sincerely conveyed through excellent voice work from both Black and Erica Lindbeck (Alyson).

Dontnod also does a commendable job with Tell Me Why‘s depiction of Delos Crossing’s Alaskan Native community. Through close collaboration with Tlingit people, Delos Crossing is wonderfully brought to life through beautiful murals, totems, symbols and other indigenous iconography, giving the town a vivid and distinct look and feel. Further, Eddy and Alyson’s best friend Michael are members of the Tlingit community, who carry with them their peoples’ culture and values while being three-dimensional, likeable characters in their own rights. Eddy is a well-meaning father figure who struggles to do right by a young woman he’s taken under his wing, while Michael is a hard-working, openly queer man with aspirations beyond Delos.

Unfortunately, Tell Me Why‘s story does stumble when it comes to Mary-Ann. Tell Me Why tries to establish that Mary-Ann had some mental health problems, but they’re ill-defined and not given nearly enough attention. Considering Dontnod deftly handled its other sensitive subject matter, it’s unfortunate that Mary-Ann doesn’t ever feel fully fleshed out over the course of the nine-hour experience. One area in Chapter Three features a series of admittedly clever interconnected puzzles that offers some revelations about Mary-Ann as you solve them, but they come too late in the game to feel truly impactful.

Likewise, the gameplay of Tell Me Why feels half-baked in some regards. Most notably, in keeping with the Life is Strange games’ marquee supernatural gameplay mechanics, Alyson and Tyler share a unique bond that lets them communicate telepathically. However, this feature only shows up a few times during conversations and does nothing outside of presenting an extra dialogue option that has no real effect on the outcome of the scenes in question.

In general, it was disappointing to see that your choices don’t have much impact on the direction of the story, especially when Tell Me Why introduces an intriguing gameplay mechanic early on that’s centred around the twins’ conflicting memories. Sometimes, you’ll hear both Alyson and Tyler recount a certain event differently, such as who started a fight between Mary-Ann and a friend. On paper, requiring you to make decisions based on your understanding of the characters rather than exact story events is a novel approach, but little actually changes between choices beyond a few different lines of dialogue. Thankfully, the heart of the story, Alyson and Tyler’s relationship, remains nuanced and compelling throughout, but it still would have been nice to have a bit more player agency. 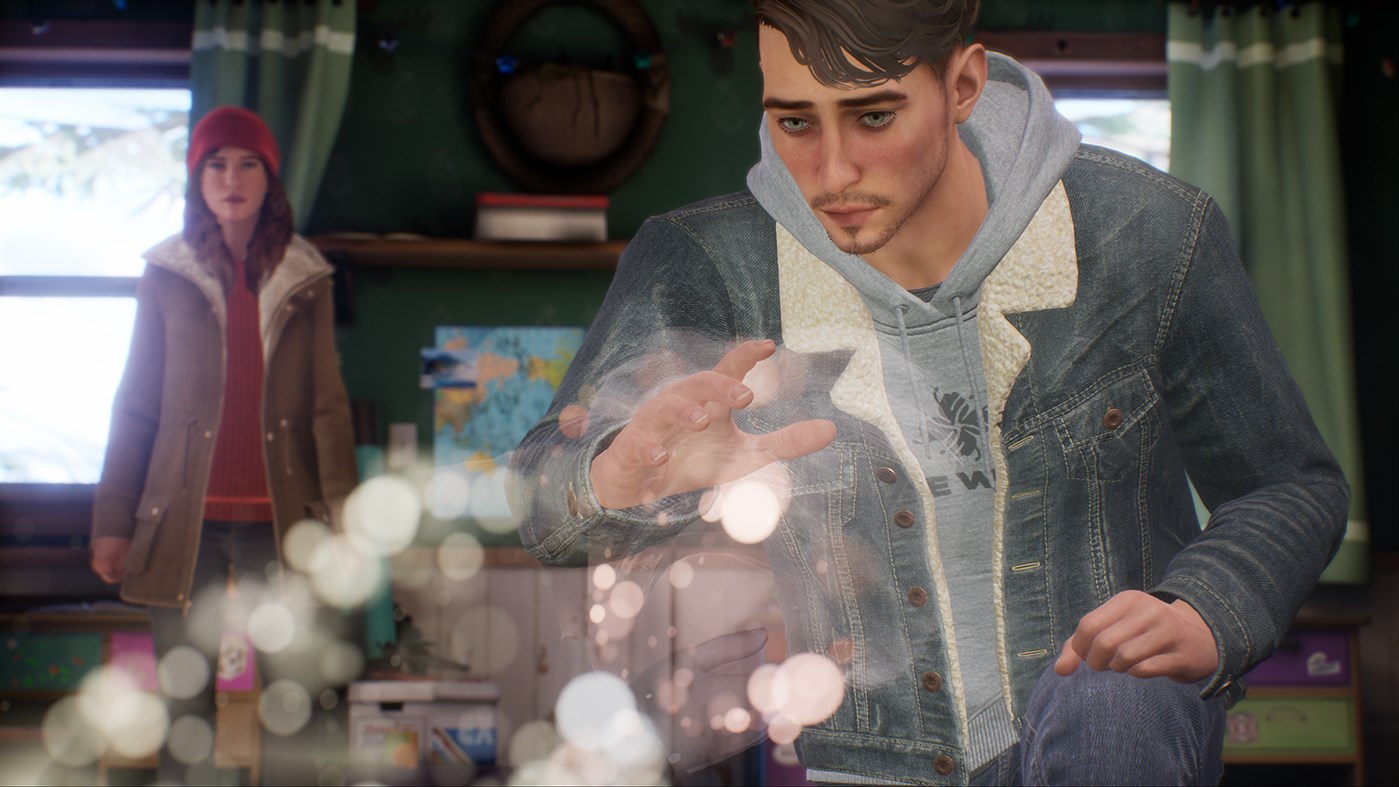 Like the process of healing itself, Tell Me Why can be messy, whether it’s mishandling a key character or providing some underwhelming gameplay mechanics that stand in the way of a branching narrative. Having said that, Tell Me Why makes up for these issues with two fantastic leads and a rich, culturally-diverse setting. Moreover, it tells an important and timely story about grief, identity and love, and it’s one that will stick with me for a long time to come.

Chapter One of Tell Me Why is now available on Xbox One and PC through Xbox Game Pass for Console and PC. Chapter Two will release on September 3rd and Chapter Three will drop on September 10th. Alternatively, the full game can be purchased for $39.99 CAD.