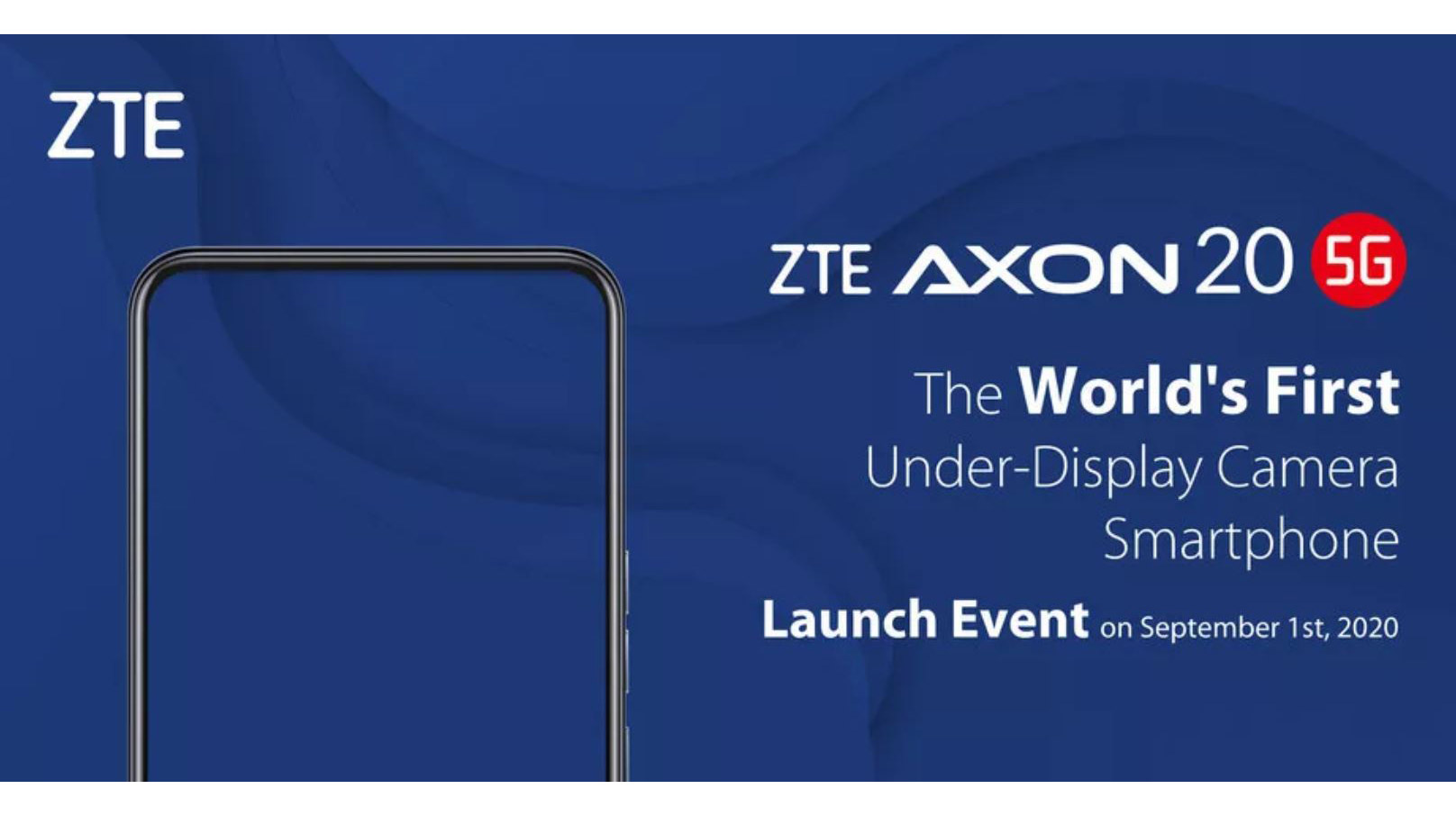 ZTE seems to be aiming to be the first company to ship a smartphone with an under-display camera. The upcoming smartphone, the Axon 20 5G, will launch on September 1st.

“The device will be the world’s first mass-produced 5G smartphone featuring under-display camera, marking another milestone in ZTE’s exploration of the true full display smartphone,“ reads the company’s press release about the device.

It’s currently unclear if ZTE will launch the phone outside of China. The Shenzhen, China-based company hasn’t revealed the phone’s price yet either.

According to a leak spotted by XDA Developers, the 20 5G will feature a 32-megapixel selfie shooter, a 64-megapixel primary sensor, an 8-megapixel rear camera and a pair of two-megapixel cameras. Additionally, the handset features a 6.92-inch HD OLED screen and up to 12GB of RAM.

In the past, we’ve seen a variety of companies working on in-display cameras. A report from Elec back in 2019 pointed to an under-display camera Samsung handset. At MWC Shanghai 2019, Oppo also revealed its in-display camera technology, but the company has yet to release a handset like the 20 5G.