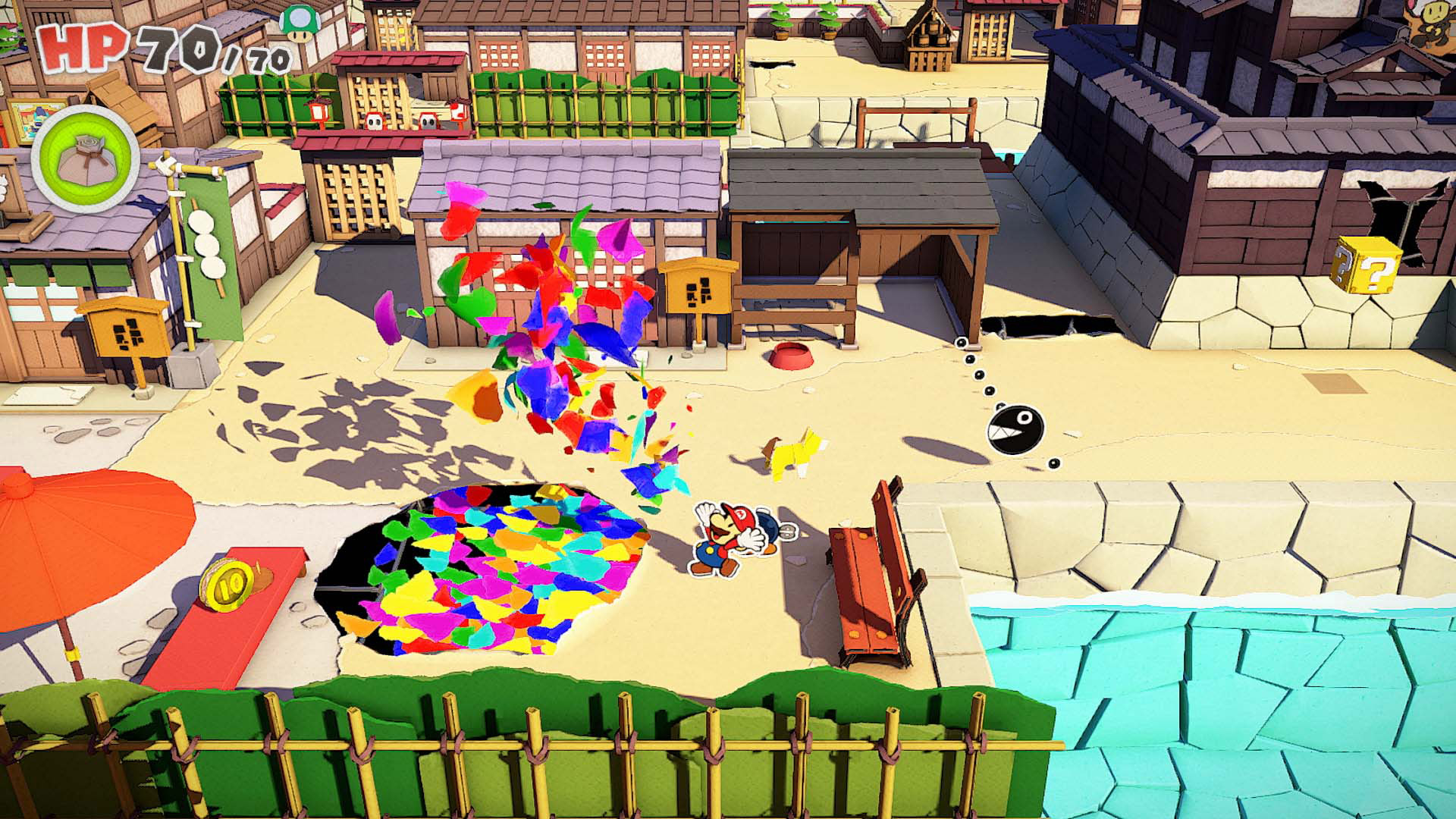 During the several hours I’ve spent with Paper Mario: The Origami King, I encountered more than a few instances where the game felt a little too simple for my taste due to its relatively shallow puzzle-based combat mechanics. For example, The Origami King doesn’t feature experience points in an effort not to emphasize character progression, one of the key elements usually featured in turn-based RPGs and JRPGS. Ultimately, I found this disappointing and, in some cases, it led to me avoid battles altogether.

This is unfortunate because the game’s battle system is surprisingly inventive and original. It involves sliding circular panels around to line enemies up in a row for the perfect combo. There are other elements to the combat system as well, including a timer that adds much-needed pressure to battles, a coin system and a few special attacks. Still, the lack of meaningful character development makes these encounters seem pointless — especially when you sometimes have to repeat the same battles multiple times.

Why take down a couple of roaming Goombas when you can just as easily avoid them and continue exploring Origami King’s more compelling features?

In a sense, however, the long-running Paper Mario series has always been known for simplicity and accessibility. Like a lot of Nintendo’s games over the years, the series aims to strike a balance between being a simple introduction to a typically far more complicated video game genre, while offering longtime fans a familiar experience. 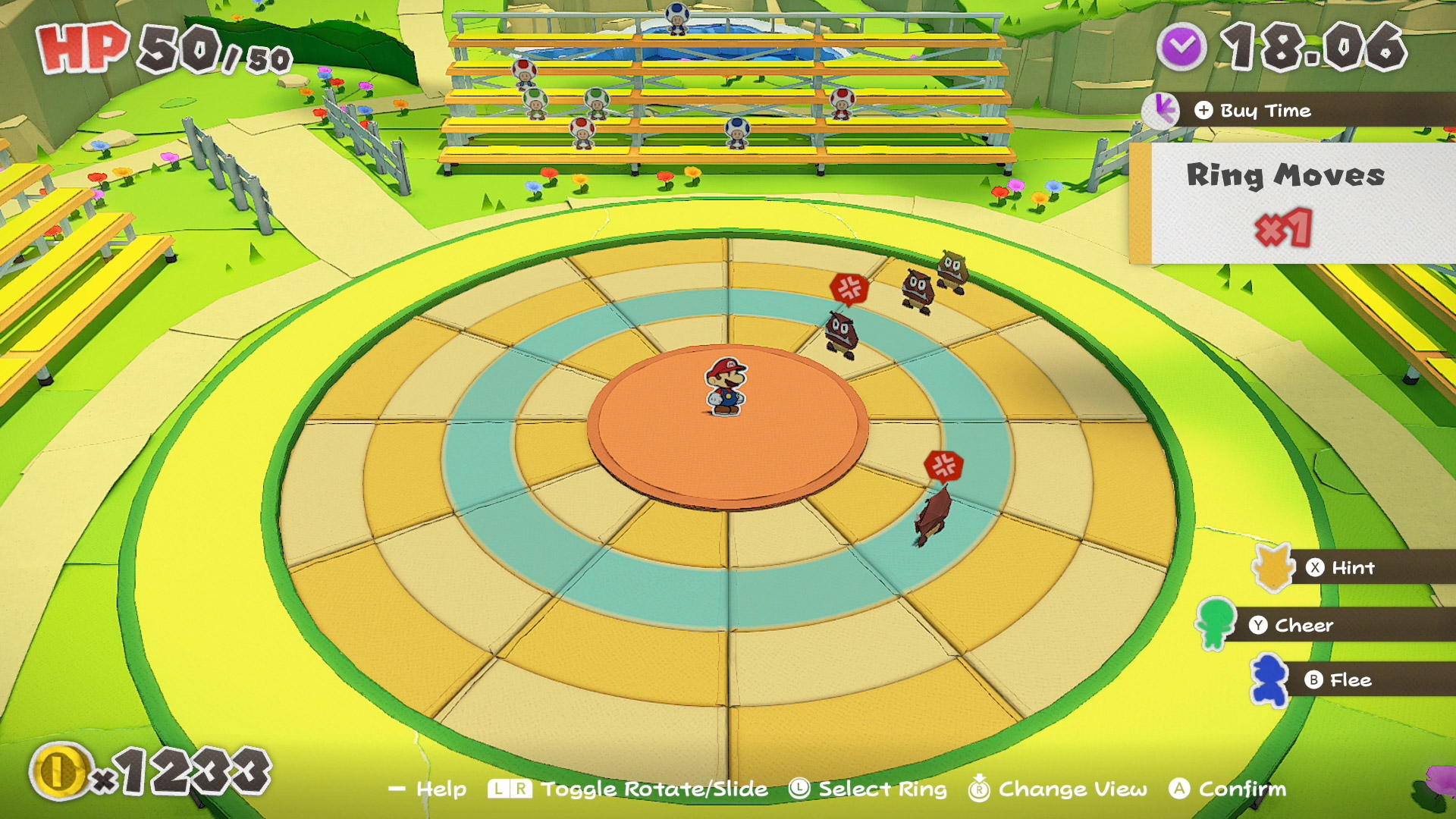 With The Origami King, I feel like Intelligent Systems ultimately pared things down a little too much. That said, I respect the effort to try something entirely different with the game’s combat system. It’s also worth noting I found the more complicated boss battles far more entertaining than standard combat encounters.

With my disappointment in the title’s battle system out of the way, there are several things I like about Paper Mario: The Origami King. 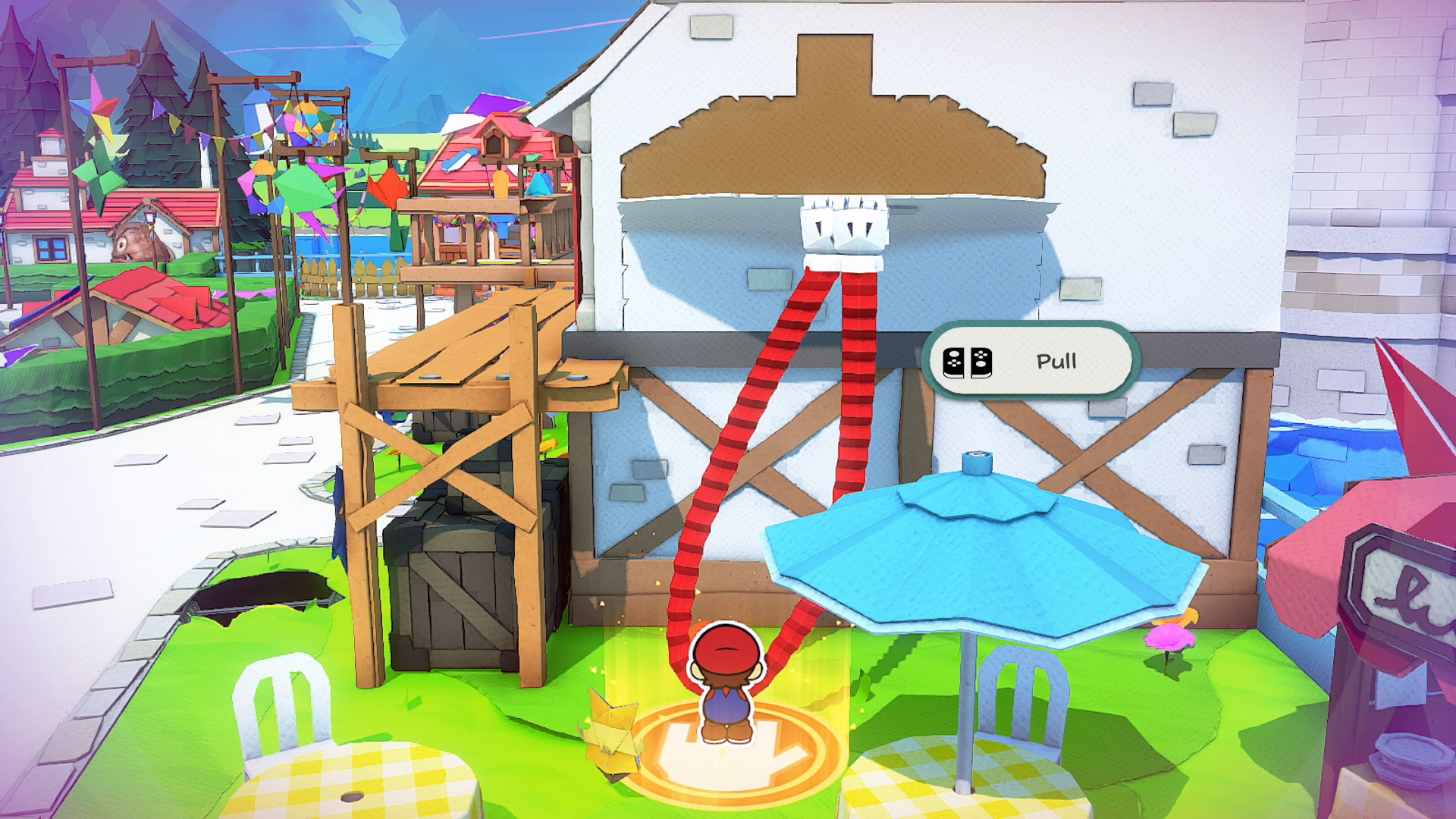 The game starts just as you might expect a Mario Bros. title would. Princess Peach falls victim to King Olly, the ruler of the Origami Kingdom. Without giving too much away, Peach drops Mario in a dungeon, wraps her castle in five streamers and moves it to a mountain in the distance. Mario then meets a fairy-like character named Olivia, and the pair move to uncover the mystery surrounding Toad Town’s Origami ‘Folded Soldier’ interlopers.

The plot is relatively simple, but the game features several instances where its clever dad joke-filled writing shines through with surprising wit. The straightforward narrative also spins several of the Mario series’ key plot points in interesting ways. For example, towards the beginning of Paper Mario: The Origami King, the paper version of Bowser gets folded into a tiny square of paper, and you carry him around for the remainder of the title. It’s safe to say the charm the Paper Mario series is known for is present in The Origami King. 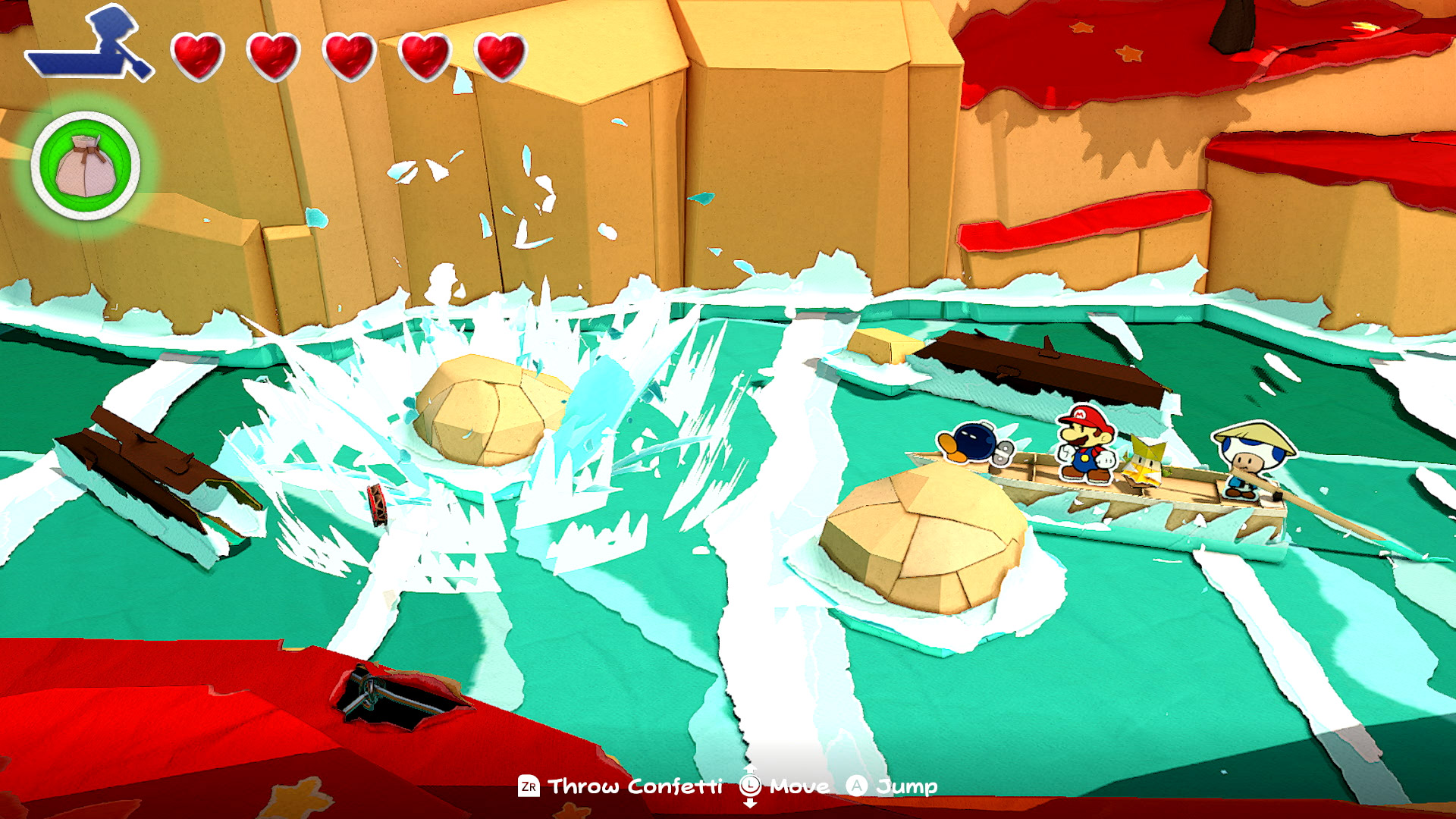 Visually, The Origami King is also a joy to look at. The 2D aesthetic the Paper Mario series is famous for returns along with interesting graphical flourishes related to the origami enemies you fight throughout the experience. There are also dashes of realistic graphics — like flowing water, for example — that create an interesting contrast with the game’s paper-inspired visuals. Given the overall simplistic look of Paper Mario: The Origami King, it’s disappointing that jagged edge, anti-aliasing issues are very prevalent, though to be fair, this is a common issue with several Switch titles.

While Paper Mario: The Origami King is an RPG at its core, it features compelling platforming sections and welcome shifts in combat that don’t take place in its ring-based battle system. Further, the game’s colourful, vibrant world filled with hilariously out of place stationery is a joy to explore, with secrets hidden all over its expansive map. 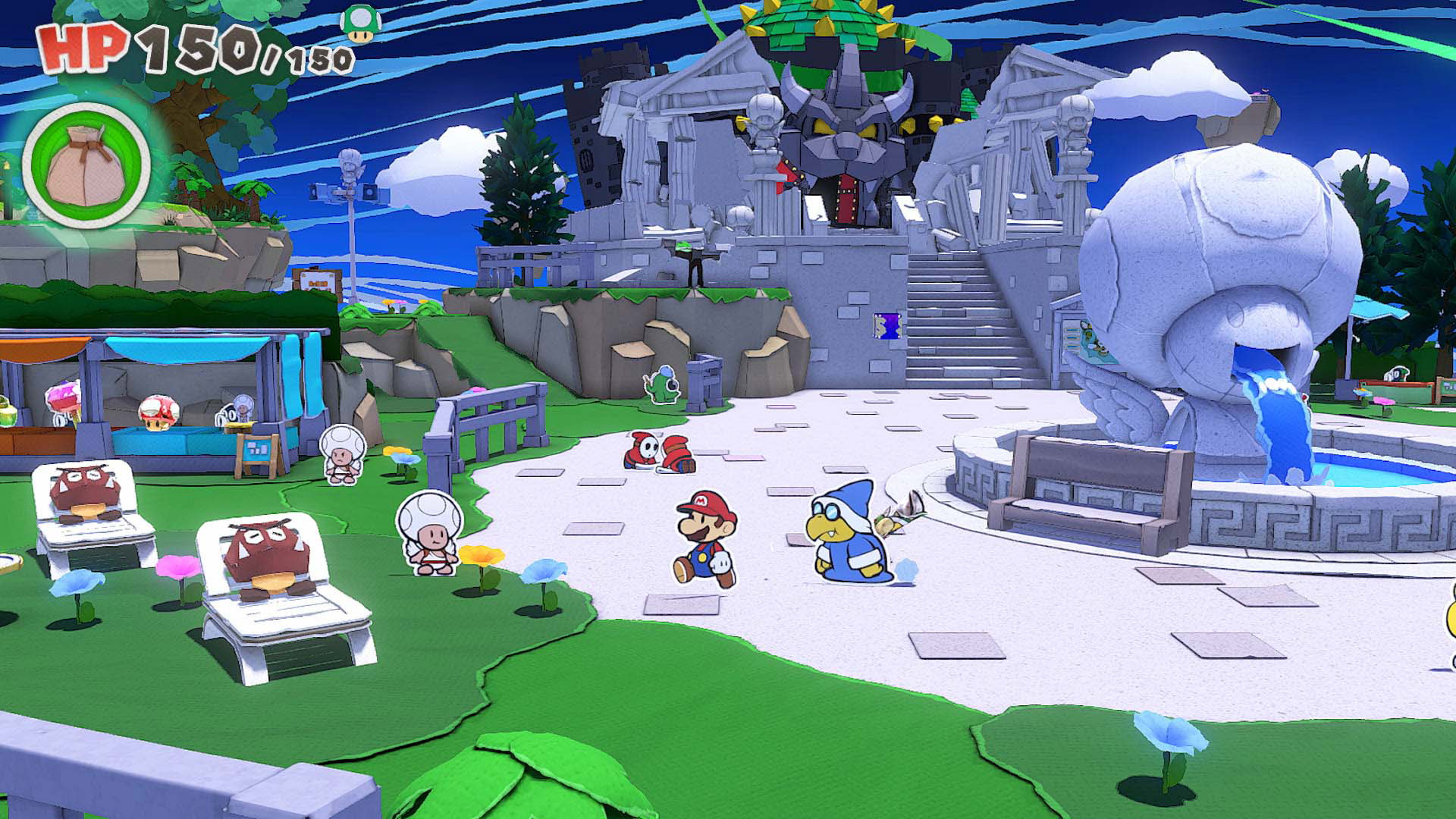 There are also simple but still entertaining puzzles often involving throwing confetti over a hole to fill it, and the familiar characters that help you throughout your journey are sometimes well-known enemies from the Mario series. Even the gimmicky ‘1,000 Fold Arms’ ability that requires the player to move around their Switch Lite or Switch Joy-Cons to reach a corner of virtual paper and pull it back, is an entertaining throwback to the motion-controlled era of the Wii.

Paper Mario: The Origami King‘s journey to rescue hundreds of folded toads from King Olly is often compelling, but at times the game’s simplicity, unfortunately, works against it, particularly when it comes to combat. With a more robust battle system that includes meaningful character progression like previous Paper Mario titles, The Origami King could easily make the Switch’s fast-growing list of excellent RPGs. 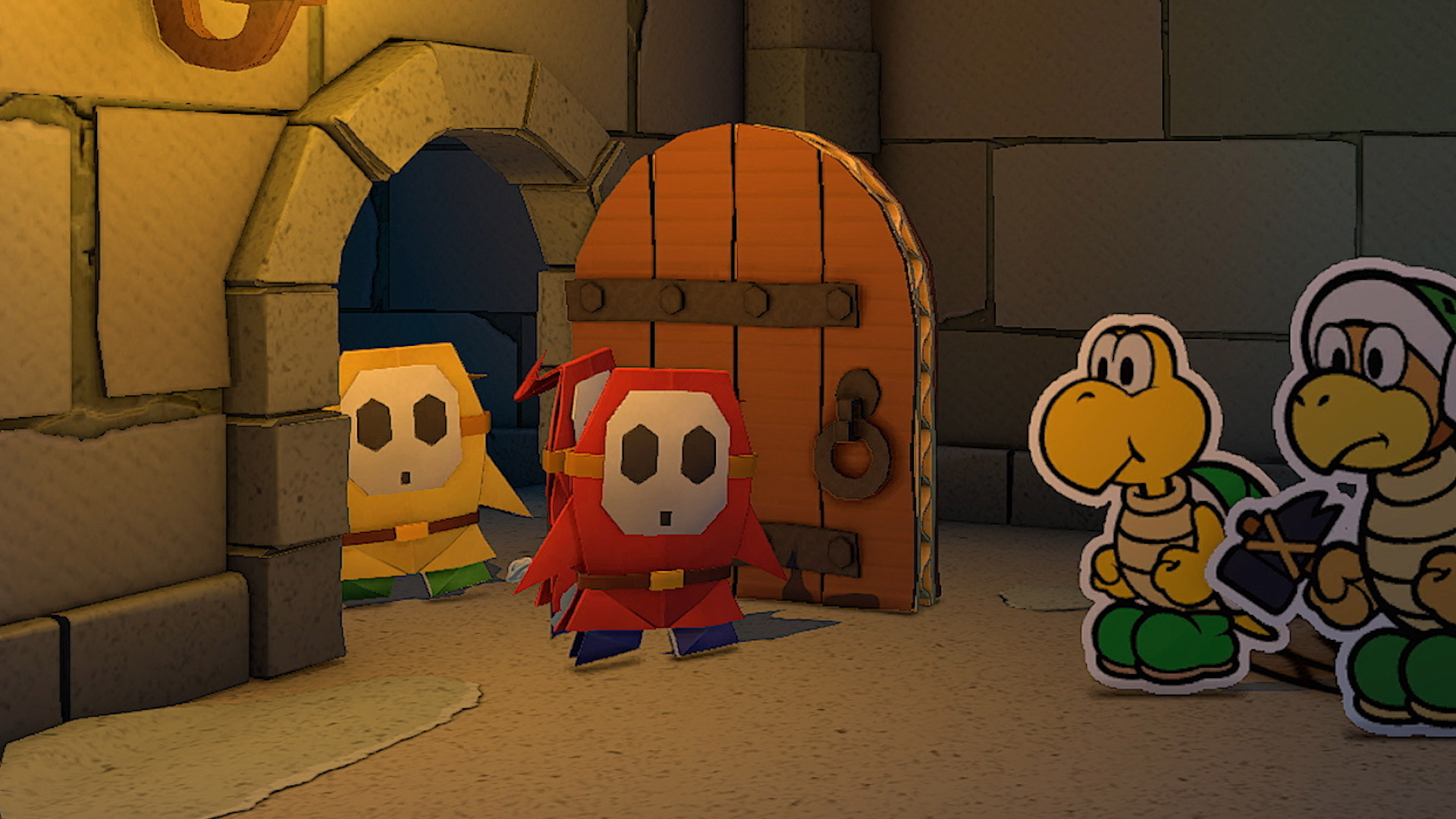 Unfortunately, that isn’t the case, and what we’re left with is an entertaining but ultimately shallow introduction to the turn-based RPG genre set in the Mario universe.

Paper Mario: The Origami King is set to release on July 17th for the Nintendo Switch.