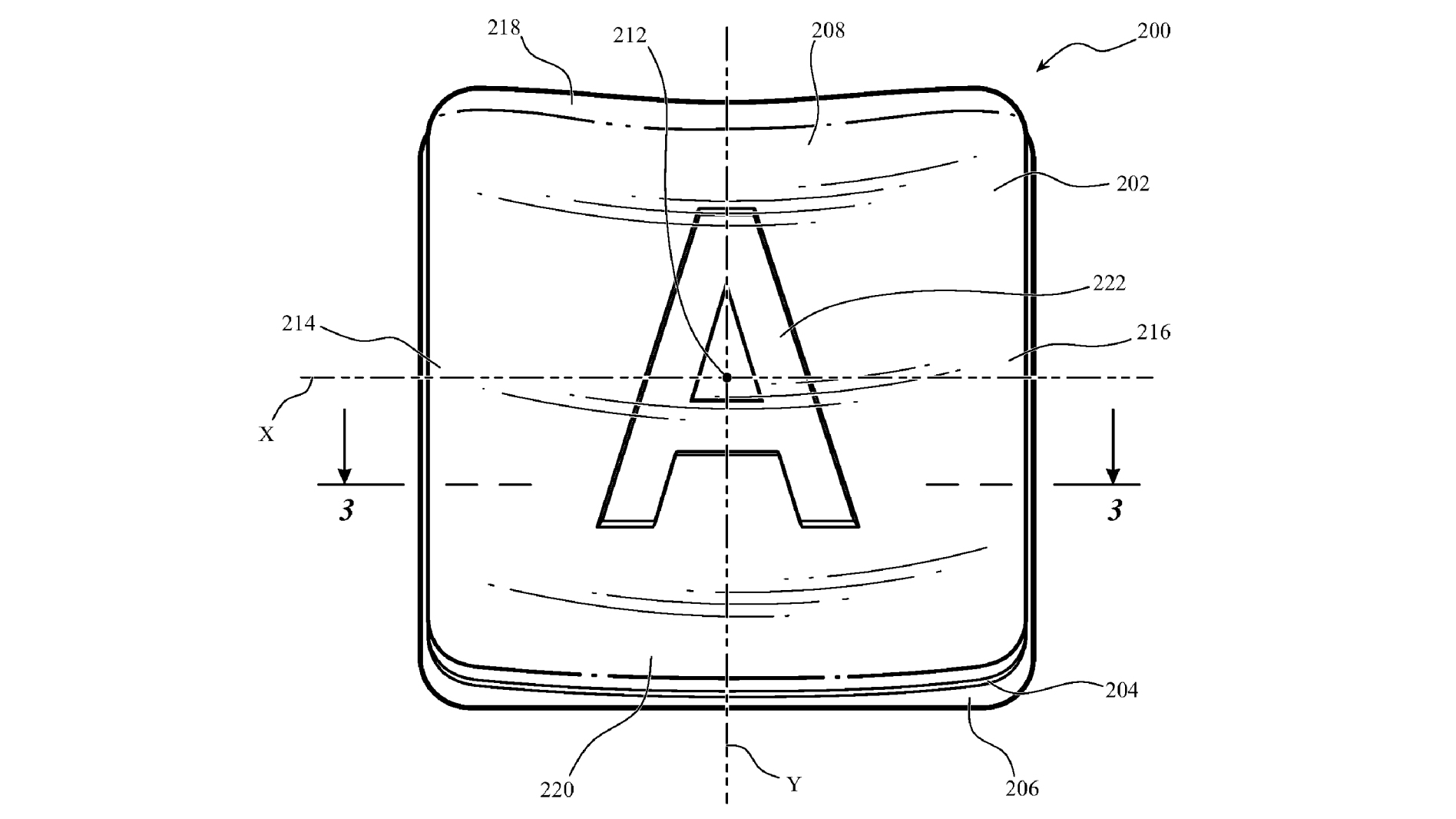 While Apple’s expansive glass Force Touch trackpads have been one of the laptop’s most popular features for the last few years, there’s a possibility the tech giant could eventually bring a similar glass design to the MacBook’s keyboard.

A recent patent filed by Apple at the U.S. Patent and Trademark Office (USPTO) outlines how transparent glass polymer could be used as keycaps in Apple’s MacBook keyboards. These see-through keycaps would allow light and something Apple refers to as “glyphs” to be visible through the keys.

This would make it impossible for letters to wear off the keys since the actual letter would be located under the glass. There’s also a possibility this design could allow Apple to do more interesting things with keyboard lighting, including changing the use of specific keys in the context of what app you’re using, similar to the Touch Bar. However, while all this sounds cool, durability seems to be the main goal with this keyboard keycap patent.

“Reduced dimensions of keycaps, for example, can lead to keycaps that are less structurally sound and have a shorter lifetime than thicker keycaps made of the same material,” reads an excerpt from the patent.

Similar to Apple’s other keyboards, including the now-dead Butterfly keys and more recent Smart keyboard, the patent describes how these keys are slightly curved inwards.

It’s important to keep in mind this is just a patent filing, and a pretty out there one at that. There’s a strong possibility Apple will never feature this unique glass key setup in any of its products.